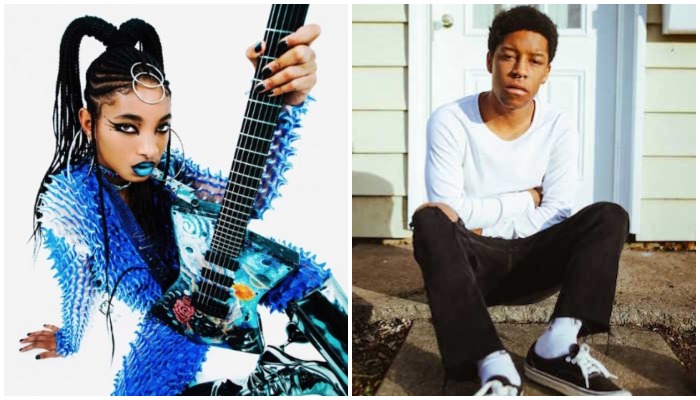 Welcome back to pop punk. Come and look around. If you haven’t air-guitared to “All The Small Things” since high school, or even middle school, there’s so much for you to catch up on.

There’s no need to feel nostalgic or pine for the past. The scene is alive, diverse and oozing with new tracks. So have a seat and stash the old Green Day albums aside. Let these 12 songs fill your earbuds. Then check out this list, or this one, or maybe this for plenty more.

This emo-pop-punk hybrid liberally use the keyboard, adding a layer of complexity to their sound. Magnolia Park are tough to turn off. “tonight” is a smart direction for the young band. You can also check out their stunning 2021 EP Dream Eater featuring powerhouse singles such as “Sick Of It All” and “Love Me” featuring Kellin Quinn.

Mayday Parade deserve gratitude for seeing pop punk through its lean years. Their 2011 self-titled album is a 2010s genre standout in an era when Foster The People ruled alternative music. “Kids Of Summer” is a heartfelt, nostalgic track. Fans who danced in the dorms to “Jamie All Over” and the like will feel right at home with another Mayday Parade hit.

KennyHoopla is never off his game and Travis Barker‘s drumming on “hollywood sucks//” makes the track even more impactful. The song’s blitzing pace is only interrupted by Barker’s propensity for creative kicks and untraditional thumping patterns. The song is SoCal punk perfection. “hollywood sucks//,” along with “smoke break//” (and the six other tracks), are must-downloads from KennyHoopla’s latest release, SURVIVORS GUILT: THE MIXTAPE//.

Meet Me @ The Altar are set to tour with with icons Coheed And Cambria and the Used, as well as All Time Low, the Maine and nothing,nowhere., this year. The track we all can’t wait to hear live is “Feel A Thing,” their most aggressive single yet. The playful electronic beats blend with thick guitar riffs. The dashes of ’80s synth sounds are a fun touch. “Feel A Thing” will be featured on the band’s anticipated debut EP, Model Citizen, slated to release Aug. 13 via Fueled By Ramen.

Buried in the small print of some of the summer’s biggest festivals is Bearings. The Ottawa natives will tear up Riot Fest and Four Chord Music Festival while traveling on the Pure Noise Records tour. “Sway” is a highlight from their 2020 album, Hello, It’s You. The bouncy chorus is dangerously catchy. The track could bring down a summer barbeque, if not a festival.

WILLOW’s “t r a n s p a r e n t s o u l” is a jam where she blends rock, soul and pop-punk in one epic track. Its slashing chorus clearly draws inspiration from Paramore. For fans salivating for old-school Hayley Williams, WILLOW definitely suffices. Now we’ll just listen to this track and “Lipstick” on repeat as we wait for her forthcoming album, Lately I Feel Everything, to drop.

boyband is exactly the type of artist you need to hear if you want music that fluidly crosses boundaries. The artist just released his sophomore album, never knows best, June 29, which features dynamic singles that show off his range, including “birth by sleep,” “fooly cooly” and “by myself.” One standout track that isn’t a single but deserves just as much love is “how 2 say ur in love.” The song begins with solo drums, which open the floor for the singer to share yearning, garage-infused vocals. boyband offers listeners the best of both worlds with his unique blend of nostalgic elements and modern styles on his new release.

Skateboarder and YouTuber Chad Tepper has expanded into the musical realm. His new track “Never Moving On” is the next in a line of banger songs that could seamlessly support a skateboard video game. The track is electric with a bouncy, brash chorus. Tepper might be the most talented of internet stars turned pop-punkers.

For fans of nostalgia, Settle Your Score’s “1999” is for you. The track, which features the band longing for their youth, is more than fun and poppy. It’s cleanly produced and smartly constructed. Plus, singer Christian Fisher’s vocals are as crisp as ever. “1999” is a must-add on any summer playlist.

“Burn” begins as an R&B song but gradually morphs into something heavier. This eclectic pop-punk track features elements of multiple genres, including a brief Daft Punk-like synth part two-thirds through. Cherie Amour’s multiple talents are on display. The deceiving intro, however, presents a chance to trick your normie friend into listening to the music you like.

The usually heavy Point North went a little softer on their new single, “Nice Now.” The band chastise the posers, drilling bandwagon fans for not realizing their potential. It’s another smash single on a growing list for the Los Angeles-based act. We’re sure Point North would welcome any new fans, but they’d probably say “Crazy that you waited until 2021.”

The post 12 new pop-punk tracks to stream if you’re getting back into the genre appeared first on Alternative Press.

Link to the source article – https://www.altpress.com/features/new-pop-punk-songs-to-stream-2021-genre-discovery/

KennyHoopla has recruited Travis Barker for his new single ‘Hollywood Sucks’ – you can listen to it below. READ MORE: Meet KennyHoopla, the Wisconsin shape-shifter…

Plus a new collab with Lil Lotus Magnolia Park have just become the latest signing to Epitaph Records. The Florida-based group will release their new…

Meet Me @ The Altar just released their single “Feel A Thing,” a song that features bright and playful electronic beats to match the distorted…

KennyHoopla has released a dynamic live performance of four songs from his latest project, SURVIVORS GUILT: THE MIXTAPE//. The set was recorded at DTS Sound…