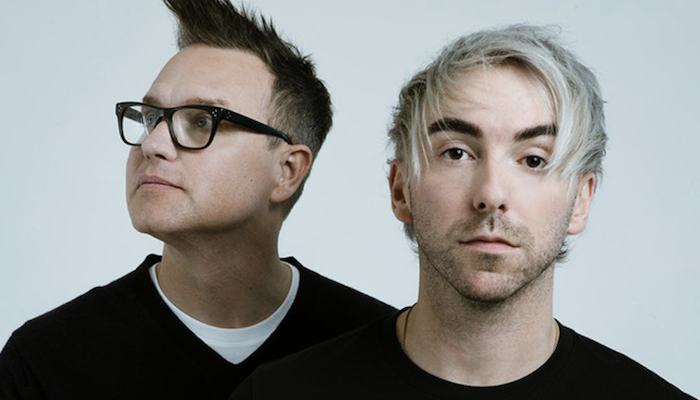 You know these artists for fronting some of your favorite bands, having established themselves as driving forces in the scene. But their claims to initial fame aren’t all they have to offer to the musical stratosphere. From totally different takes on their sound to a sonic 180, head below for 8 essential solo and side projects you should make sure you’re not missing out on.

Read more: Bayside celebrate their history with the 21 Years Of Bad Luck tour

From Destroy Rebuild Until God Shows to Isles & Glaciers to Cinematic Sunrise, Craig Owens has had his fair share of supergroup side projects. However, it’s his solo effort born from the ashes of Chiodos that’s currently his main focus. The vocalist’s 2016 debut EP, WHYDFML, is a five-song deep dive into a completely different direction that was later followed by a handful of singles. Owens’ iconic pipes blend seamlessly with an electronic backdrop. While he has recruited backup in Jon Connor and MISSIO, among others, the project is truly Owens’ time to shine.

Julien Baker, Phoebe Bridgers and Lucy Dacus united for the ultimate supergroup, boygenius. Combining their talents, the act delivered a debut EP we all wanted and truly needed in late 2018. They give a voice to surviving heartbreak in their respective ventures, but together, it’s more of an uninterrupted broadcast. The unstoppable trio move through each song, capturing all the emotions surrounding love and the inevitable aftermath, showing the broken that they’re not as alone as they may think.

Trophy Eyes’ high-energy frontman brings it down a notch under his eponymous solo effort. Formerly housed under the moniker Little Brother, John Floreani unleashed the first round of tunes in 2014 for his Terrace EP. Following a one-off single in 2016 (“Cleveland, OH”), the vocalist unleashed his debut full-length, sin, in June 2019. Marked by lead single “Echoes,” Floreani offers a love song that’s both soft and room-filling as he sings of the importance of a home base.

With two decades and seven full-lengths under Against Me!, frontwoman Laura Jane Grace fell into a new venture. Following the intense writing process of the 2016 memoir, Tranny: Confessions Of Punk Rock’s Most Infamous Anarchist Sellout, Grace booked a two-week tour as the Devouring Mothers alongside drummer Atom Willard (also of Against Me!) and bassist/producer Marc Jacob Hudson. The trio later composed Bought To Rot, a no-holds-barred exploration in part influenced by Tom Petty and his ability to pull off two projects at once—something Grace has no problem accomplishing.

Mat Kerekes has been the frontman of alt-act Citizen for over a decade. Four full-lengths later, the band are still inciting major throwdowns at their shows. In the midst of that, Kerekes embarked on a solo career that sounds nothing like his band—which is what makes it so great. He released a self-titled EP in 2014 followed by his first full-length, Luna & The Wild Blue Everything, in 2016. His latest, Ruby, continues to show off his softer side and versatile songwriting. Because who doesn’t love someone who can make you dance with one project and cry your eyes out with the other?

Nita Strauss – “Our Most Desperate Hour”

Nita Strauss has rocked stages with everyone from Alice Cooper to WWE superstar Shinsuke Nakamura, in turn solidifying herself as a force to be reckoned with. Having toured since her teens, the guitarist finally made the move from the side of the stage to the center with her solo debut, Controlled Chaos, in 2018. The result is a totally face-melting collection of riffs. From the super-charged “Our Most Desperate Hour” to the more mellow “Here With You,” Strauss proves a one-woman band is nothing to mess with.

Tay Jardine rocked the stage with We Are The In Crowd through the late to mid-2010s, harmonizing with guitarist Jordan Eckes on most of the band’s tracks. Two full-lengths in (Best Intentions, Weird Kids), the band headed in a new direction. Jardine moved on with bassist Mike Ferri and guitarist Cameron Hurley to form SAINTE, where she took on vocals solo. The band dropped a seven-track EP, smile, and wave, in 2017 and songs such as “Back 2 Me” and “Everything Makes Me Sad” in 2019, showing off their more upbeat, fun side.

What do you get when you mix the pop-punk powerhouse of blink-182’s Mark Hoppus with the pop-rock sensibilities of All Time Low’s Alex Gaskarth? Probably not what you were expecting, which is what make Simple Creatures so intriguing. The duo rocked the scene by surprise-dropping “Drug” in early 2019, marking the beginning of a new era of gritty, electro-tinged beats. With two EPs, Strange Love and Everything Opposite, out, the duo continue to play with sounds no one expected but definitely aren’t complaining about.

The post 8 essential solo and side projects started by your favorite alternative artists appeared first on Alternative Press.

Link to the source article – https://www.altpress.com/features/essential-alternative-side-projects-solo-projects/

Laura Jane Grace is back with another captivating visual from her debut solo album Stay Alive. On Tuesday, she shared a psychedelic video for “SuperNatural…

Dead History is still a pretty new band — almost as much as they very much aren’t. In a similar manner, Dead History could easily…