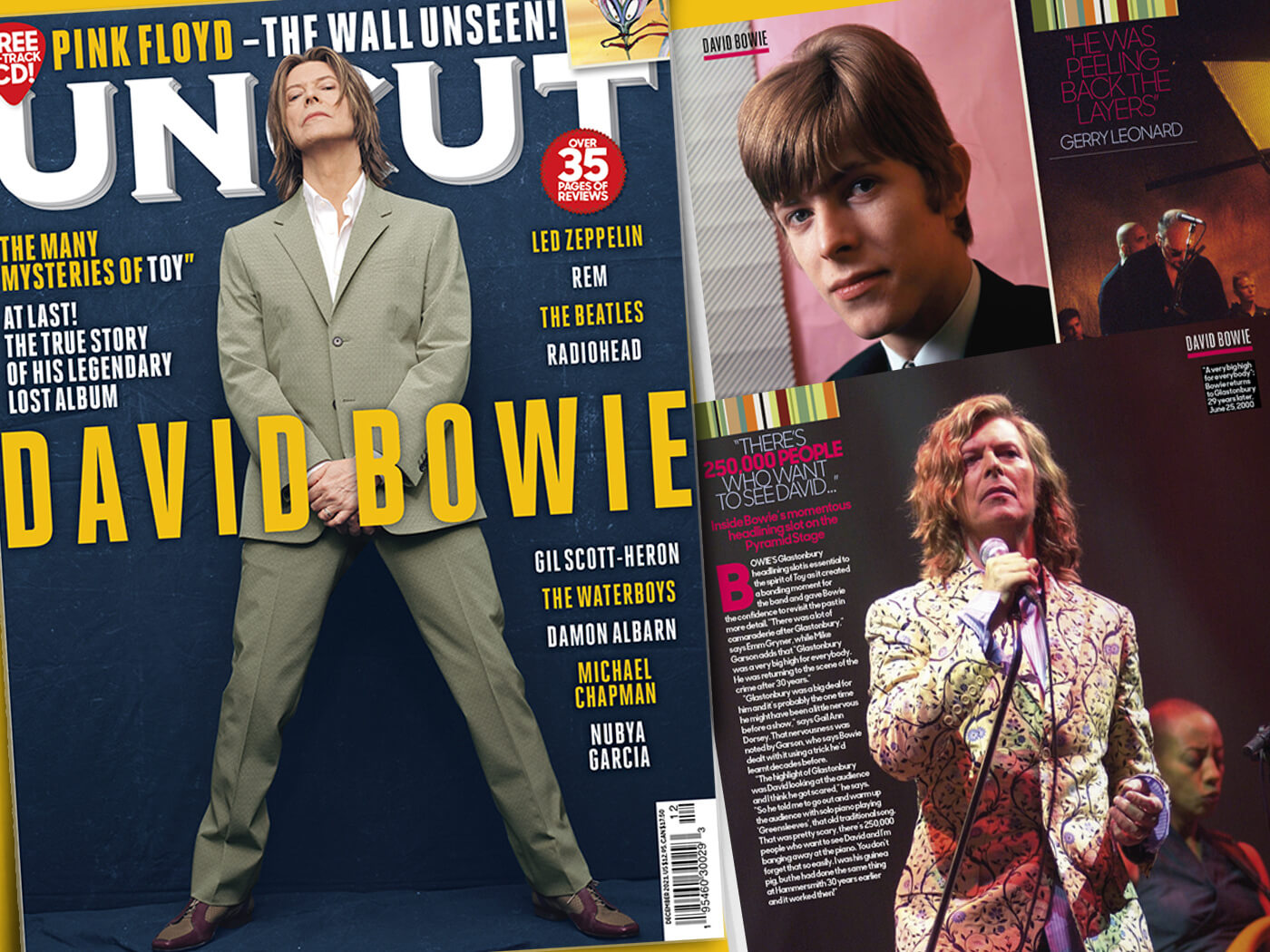 By now most of us, I guess, will have a view on ‘lost’ albums. Should an album that has been deliberately withheld from release – in some instances for several decades – finally be given its moment in the sun? Does the excitement of hearing, say, Neil Young’s Homegrown – only 45 years late! – somehow rob it of its mystique? Or, with hindsight, can a once lost album now help us understand more clearly the motives of an artist during a certain period in their career? There are tantalising counter-narratives to consider – what if Springsteen had released the electric band version of Nebraska instead of the sparse, haunted acoustic one? There’s a lot of thinking to be done, in other words.

David Bowie’s Toy, from 2001, is remarkable for several reasons. Most obviously: it is a rare instance of this most forward-looking artist reconnecting with his early, pre-fame self. But what does Toy say about Bowie at the start of the second millennium, staring back through the decades to his young, hungry self? And once he’d reckoned with his past, how did Toy’s disappearance from the schedules affect him?

More significantly, perhaps, Toy represents one of the last substantial pieces of unreleased work from Bowie. Some kind of soundtrack for The Man Who Fell To Earth exists – but how extensive it is and in just what shape the material is seems uncertain. But Toy is the whole thing – an actual album by a genuinely great artist recorded during a period of transition. You can read about it on page 90, in Peter Watts’ deep dive into its genesis, creation and afterlife. As long-serving Bowie guitarist Earl Slick tells Peter, “Even now he’s gone for five years or more, the surprises keep coming.”

Our Bowiefest doesn’t stop there. Subscribers and purchases of the bagged newsstand edition will also receive our latest Bowie Bulletin – an A1-sized posterzine featuring new interviews with the musicians who played on Toy’s original ’60s counterparts – and a glorious Collector’s Cover.

There’s much more than Bowie in this issue, of course. We cover a lot of ground: from Dion to Modern Nature, Gil Scott-Heron to REM, Laraaji to The Waterboys, Pink Floyd to Michael Chapman, plus Charles Lloyd, Dead Moon and Nubya Garcia. There’s definitive reviews of The Beatles, Radiohead, Damon Albarn, Richard Dawson and Endless Boogie, an exclusive on the new Led Zeppelin documentary and a brilliant story involving Martin Sheen’s dentist. Dig in!

The post A David Bowie special, Pink Floyd, The Waterboys, REM and more star in the new issue of Uncut appeared first on UNCUT.

The New York City apartment that once belonged to the late David Bowie has sold, after less than a month on the property market. ORDER…

Two previously unreleased versions of David Bowie‘s “Karma Man” and “Silly Boy Blue” have been shared. ORDER NOW: David Bowie is on the cover of Uncut’s…

A pair of David Bowie pop-up shops are opening in London and New York later this month to celebrate the late artist’s upcoming 75th birthday.…