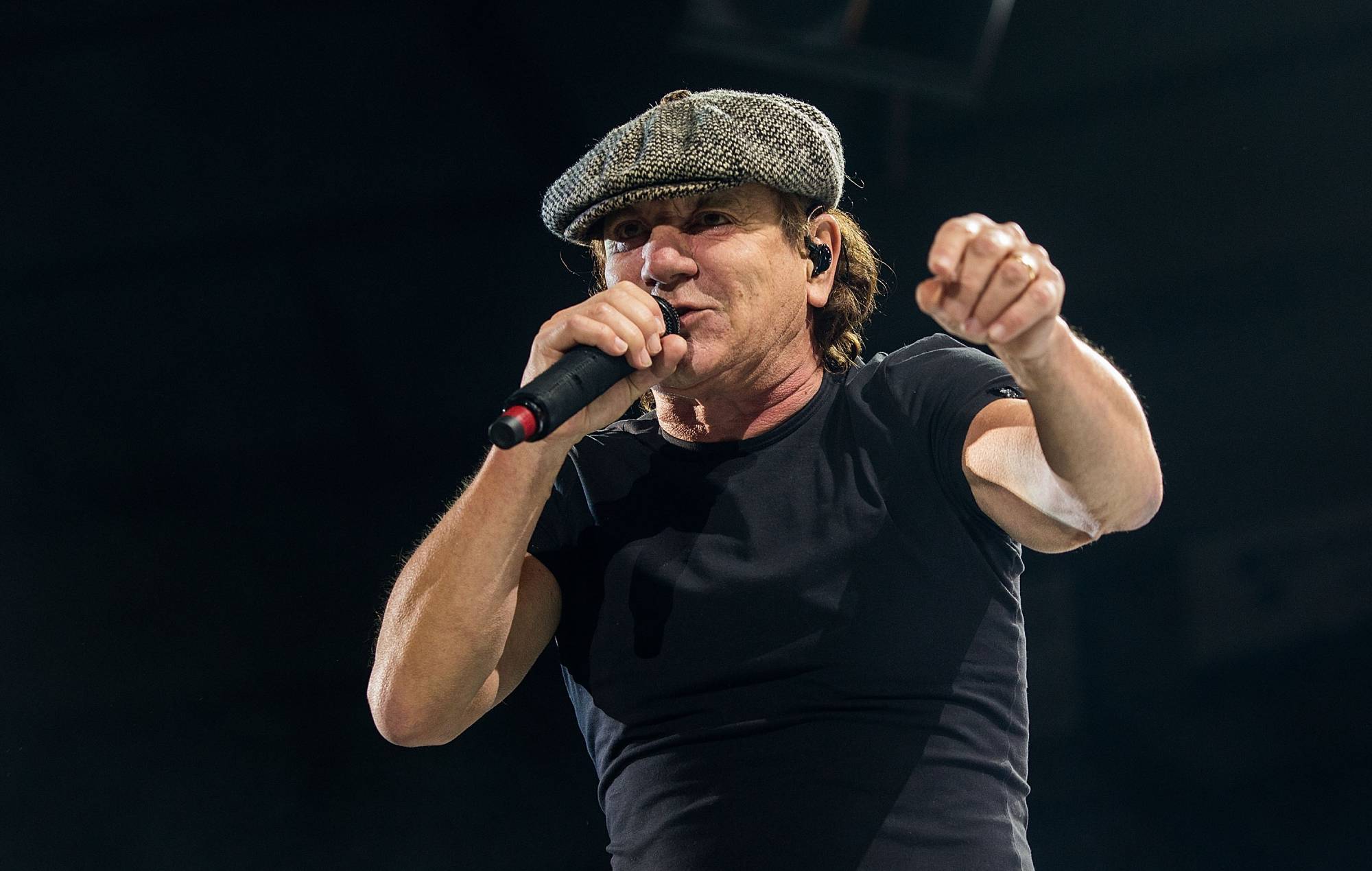 AC/DC frontman Brian Johnson will publish his autobiography The Lives of Brian later this year.

The singer returned to the long-running band as lead vocalist for their November album ‘Power Up’, which was their first LP since 2014’s ‘Rock Or Bust’.

Johnson is now turning his attention to the forthcoming release of his memoirs, with The Lives of Brian set to be published on October 26 by Penguin Books Ltd.

“I’ve had some long nights and some great nights, bad days and a lot of good ones,” Johnson said in a statement. ​“I’ve gone from choirboy to rock’n’roll singer, and now I’ve gone and written a bloody book about it.”

Billed as “one of the most cheering and entertaining stories in rock‘n’roll history”, The Lives of Brian will cover Johnson’s childhood growing up in Dunston where he went from “choirboy and cub scout to singer” after watching Little Richard perform on TV.

“For over a decade [Johnson] tried to make his mark with a succession of bands. He appeared on Top of the Pops, toured Australia and yet the big time looked out of reach,” a synopsis explains.

I’ve had some long nights and some great nights, bad days and a lot of good ones. I’ve gone from choirboy to rock ‘n’ roll singer, and now I’ve gone and written a bloody book about it… The Lives of Brian is coming October 26th: https://t.co/39bW2wkR1h pic.twitter.com/aOlxfQYTa6

“Then he was invited to London for an audition for one of the world’s biggest rock acts. AC/DC were a band in crisis following the tragic death of their lead singer, Bon Scott, but with Brian on board they would record their masterpiece: ‘Back in Black’. It became the biggest-selling rock album of all time. The tour that followed played to packed-out arenas. Quickly embraced by the band’s fans, the new boy had earned his spurs.

“But there was to be a twist in the tale. In 2016, Brian was forced to quit the band after being diagnosed with hearing loss, only to make a triumphant return to the band he loved with the release of 2020’s smash hit album ‘Power Up’.

“It’s been a rollercoaster of a life, throughout which Brian’s kept his feet firmly on the ground, never losing touch with his roots.”

You can pre-order The Lives of Brian here, and watch a trailer for the book in the embedded tweet above.

Johnson is among the guests who will feature in Dave Grohl’s upcoming new documentary What Drives Us – the first trailer for which was released yesterday (April 12).

Brian Johnson, frontman of AC/DC, has announced a new autobiography called The Lives Of Brian. “I’ve had some long nights and some great nights, bad…

Brian Johnson, AC/DC‘s legendary frontman, will publish his long-awaited autobiography, “The Lives Of Brian”, on October 26. The book will be published in the U.K.…

AC/DC vocalist Brian Johnson has announced that he will be releasing his autobiography, “The Lives Of Brian: AC/DC, Me, And The Making Of Back In…

If you purchase an independently reviewed product or service through a link on our website, we may receive an affiliate commission. AC/DC’s singer Brian Johnson…