William DuVall, frontman for the iconic band ALICE IN CHAINS, will release his second solo album, “11.12.21 Live-In-Studio Nashville”, on June 10 via DVL Recordings. The effort captures an explosive power trio performance recorded live direct-to-disc at the famed Welcome To 1979 Studio in Nashville on November 12, 2021. No “fixing” or remixing took place after the fact whatsoever. It’s as supercharged, raw, and exciting as it gets. The CD is housed in a beautiful six-panel gatefold digipak. The first 500 copies are autographed by DuVall.

The official music video for “Rockslide” from “11.12.21 Live-In-Studio Nashville” can be seen below. The visual was assembled by Roger Okamato from photos taken at the live album recording session by Madison Thorn.

William‘s critically acclaimed debut solo effort, “One Alone”, arrived in October 2019. The 11-track album showed DuVall‘s powerful voice with nothing but an acoustic guitar to back it.

In contrast to the multi-layered sonic assault, comprising most of his discography, “One Alone” was as sparse and intimate as it gets — part late-night confessional, part living room concert. As William described it at the time: “I felt the need to peel everything back. This album is strictly one voice, one guitar. It reveals the very core of who I am as a singer, guitarist, and songwriter.”

Three years ago, DuVall told Q104.3‘s “Out Of The Box” that he didn’t decided to make an album until he had already recorded the first track, “‘Til The Light Guides Me Home”. “I had written it with the possible intention of giving it to someone else, and when I first [had the song idea], it was playing like a record in my head,” he explained. “It was one of those [quick] songs. … It is what we live for, and it doesn’t happen nearly often enough. But when it does, you just go, ‘Okay, I’m in.’ And you just let it happen — get out of your own way.”

The initial recording session saw DuVall demoing seven more tunes, all of which ended up on the “One Alone” album.

Cantrell befriended the members of COMES WITH THE FALL in the early 2000s, playing shows with the band on the West Coast, then enlisting the musicians to tour with him as both opening act and backing group in support of his album “Degradation Trip”. 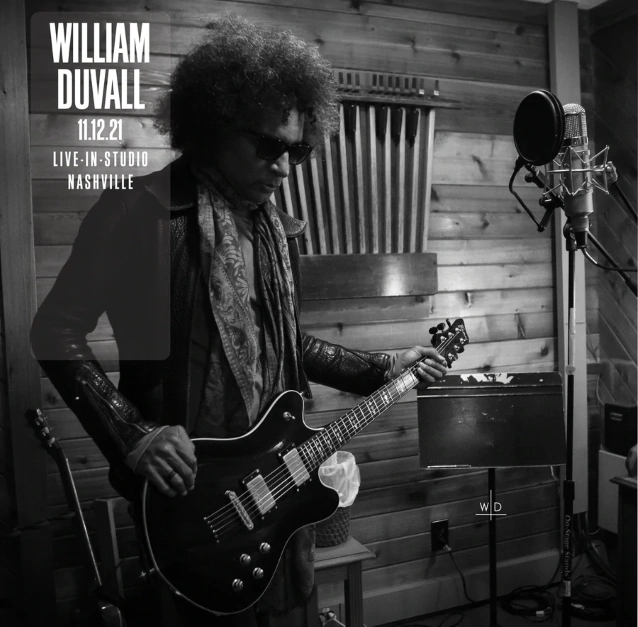 Link to the source article – https://www.blabbermouth.net/news/alice-in-chains-william-duvall-to-release-11-12-21-live-in-studio-nashville-album-in-june/

In a new interview with Riff X ‘s “Metal XS”, ALICE IN CHAINS frontman William DuVall reflected on the list of estimable Seattle singers who…

ALICE IN CHAINS guitarist/vocalist Jerry Cantrell has shared a performance video of the title track of his recently released solo album “Brighten”. The clip was…

ALICE IN CHAINS guitarist/vocalist Jerry Cantrell will celebrate the release of his new solo album, “Brighten”, with an intimate question-and-answer session, storytelling and acoustic performance…

In a new interview with the WMMR radio station, ALICE IN CHAINS guitarist/vocalist Jerry Cantrell was asked about the chances of his band getting inducted…

During an appearance on the “Hardcore Humanism” podcast, ALICE IN CHAINS guitarist/vocalist Jerry Cantrell discussed his plan to return to the road, both with his…