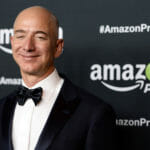 Ever wanted to MC your own radio show? Following suit of live audio pioneer Clubhouse, Amazon Music‘s latest buildout to convert subscribers will take the form of a digital radio app. Currently referred to as “Project Mic,” the software extension will allow Amazon’s userbase to DJ their own interactive radio shows or simply tune-in as listeners.

“Project Mic” reportedly aims to incorporate regional advertisements in its users’ radio programs, opening an opportunistic door for localized businesses and entrepreneurs. Furthermore, Amazon is allegedly in talks with a few major celebrities and even some select micro-influencers, who will assist in curating a plethora of live radio shows come the app’s official launch date. Though the programming will be primarily music-driven, “Project Mic” also intends to incorporate pop culture, sports, and comedy-focused content. Upon release, the innovative radio app will be made available exclusively in the United States.

Link to the source article – https://dancingastronaut.com/2021/10/amazon-seeks-to-democratize-digital-radio-with-clubhouse-competing-app/

nugs.net has announced they’ve teamed up with SiriusXM Radio to launch a new station to house their massive collection of live concerts, along with new…

UK producer of all things bumpy and chunky house, Freejak turns his hand to an absolute club classic and releases a bang-up-to-date version of Darude’s…

Apollo XO doesn’t believe in sticking to one genre and it really shows on his latest offering “MetaMora” with Tanner Dixon. The Chicago based producer’s…