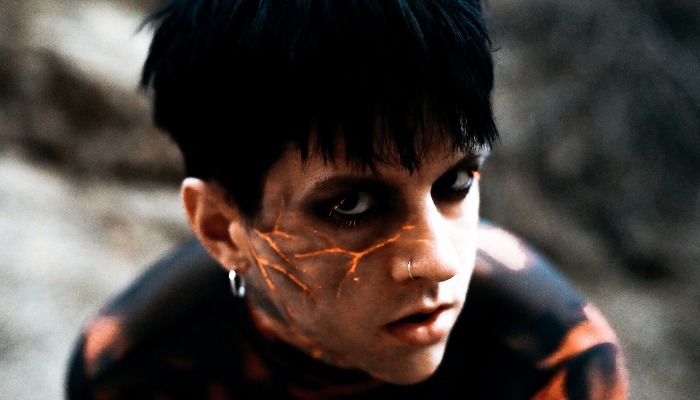 American Teeth, the solo project of Elijah Noll, has announced his debut album We Should Be Having Fun. The album’s announcement was accompanied by the new single “Kickflip.”

The new single manages to blend together pop-punk and electronic music for an uplifting and energetic message about staying positive during difficult times and persevering even when everything seems hopeless.

Read more: How a skate accident inspired Angel T33th to find her artistic self

In a press release for the debut album, American Teeth revealed he and producer Colin Brittain (All Time Low, A Day to Remember, ONE OK ROCK) were able to capture bittersweet emotions. They focused on “Kickflip” and how skating became an expressive outlet for the artist during the COVID-19 pandemic.

“I was in a low, and I was looking for things to do to help me get out of the rut I was in post-breakup,” American Teeth says. “I started skating every night around the park in my neighborhood. I was determined to learn to skate, and everything was shut down due to the pandemic.”

“Everything felt vacant. All of the basketball hoops were stripped of their nets so people wouldn’t play,” American Teeth continues. “I felt so much frustration—like we were collectively being told we can’t gather together and can’t have fun. I felt like everyone was feeling this emptiness and decided to write ‘Kickflip’ as a way to project a positive outcome despite being in a rough mental state. ‘We’re still messed up, but we’re all OK.’”

In addition to the album announcement and the new single, American Teeth and Chloe Lilac will be opening for The Maine Oct. 14 at Fonda Theatre.

We Should Be Having Fun drops Oct. 29 via Fearless Records and is currently available for preorder.

You can listen to American Teeth’s latest single “Kickflip” below.

We Should Be Having Fun tracklist:

The post American Teeth announces debut full-length ‘We Should Be Having Fun’ appeared first on Alternative Press.

Link to the source article – https://www.altpress.com/news/american-teeth-we-should-be-having-fun-release-date/

Not long to wait either! American Teeth have announced the details of their debut album. Here’s all of the info: 1) It’s called ‘We Should…

DE’WAYNE, American Teeth and phem are all joining forces on an addictive new collab, “SICK.”  The track touches on knowing that certain bad habits will make…

Earlier this year Wolfgang Gartner teamed up with Deadmau5 again to release their first collab in years. Now the legendary producer is back with an…

It’s a part of the band’s upcoming new EP. With their new release ‘Torn In Two’, Real Friends are sharing both an original version of…

Doctor Neiman has returned with a big new single featuring Sister Teeth in a collabortion entiteld “Play Nice”. The track follows up his NoCopyrightSounds release…