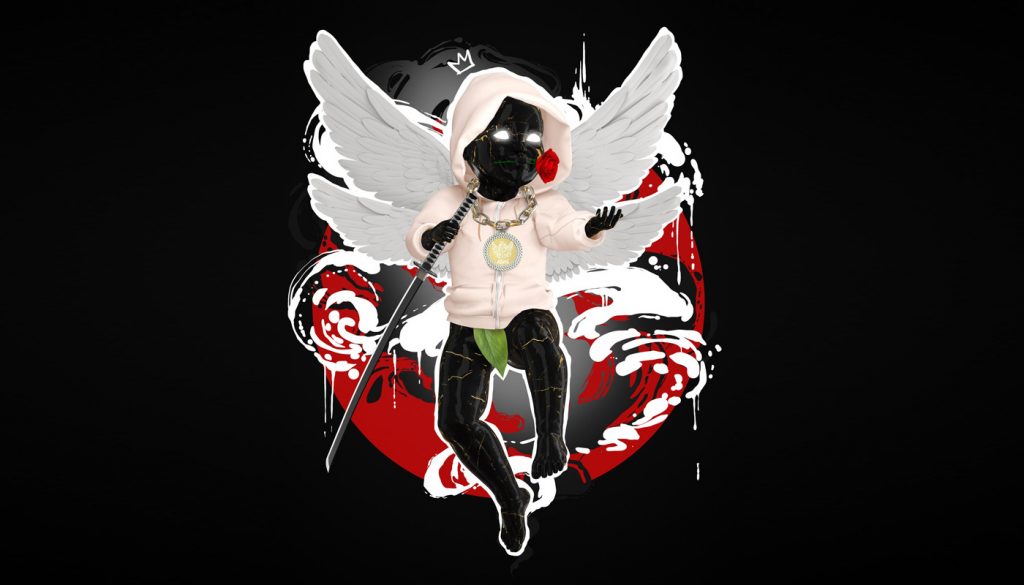 Angel Baby Hit Squad is a new cross-chain NFT project, designed to connect the well-known blockchains, Ethereum and Cardano. The new release consists of 11,111 unique angels, generated completely at random using a combination of up to 183 traits.

Ethereum is one of the most successful blockchains in the world right now. Ether is the second most valuable cryptocurrency after Bitcoin, and analysts have cited it as a platform with even greater potential. As importantly, its status as a decentralized and open-source blockchain has made it an attractive space for all sorts of development, and it has been of particular interest to creators and community members interested in NFTs.

Even so, Ethereum is not without its challenges. According to Angel Baby Hit Squad’s mission statement, platforms such as Cardano offer additional value that can be of great interest to the community.

“NFTs have been exponentially increasing in popularity over the past year due to their high-value sales on platforms such as OpenSea, Foundation, Sotheby’s and Christie’s,” they write. “Most of the NFT market so far has been concentrated on the Ethereum (ETH) network, and there has subsequently been an enormous growth in communities surrounding these projects.

“The Ethereum NFT space faces challenges inherent to its blockchain in the form of high gas fees: fees paid out to Ethereum miners to process transactions on chain. This circumstance often leads to a prohibitively expensive user experience. Other blockchains such as Cardano offer a more scalable value-proposition for NFTs by providing affordable options for minting, trading and distribution of digital assets, all necessary processes in the NFT space.”

Read more: These 12 platforms are the best places to buy and sell NFT art pieces

Angel Baby Hit Squad sees Cardano as a valuable platform in its own right. Cardano is also open-source and decentralized. The blockchain has a unique potential in promoting accessibility and additionally has the added benefit of prioritizing green solutions to the energy consumption of Bitcoin mining.

“Our mission with this project is to open the door for the Ethereum NFT community into the Cardano ecosystem,” Angel Baby Hit Squad continues. “We believe in the technology that Cardano has built in terms of its scalability (low transaction fees and high throughput potential), security and decentralization through Proof-of-Stake consensus and want to introduce the ETH community to our technology. These three attributes that the Cardano blockchain offer a long-term platform in which technology can and should be built upon.

“However, we recognize the popularity of the Ethereum network and the early adoption of the Cardano network and are aiming to broaden the category and use the opportunity to showcase the NFT experience on the Cardano blockchain. By adding ADA utility through airdrops, we expose the Ethereum community to another blockchain, giving them an NFT starter pack made by sought-after artists in the Cardano NFT scene in which they can use to explore and taste the sophisticated tech that Cardano provides.

“In doing so, we are also minimizing friction between the two communities and letting the collector decide which chain is a much better solution to operate on. We believe that the Cardano blockchain sells itself in this regard of being the blockchain of choice for transacting NFTs.”

Angel Baby Hit Squad seeks to build connections between the two chains, allowing users to make their own decisions about which one is best for them. Ultimately, their goal is to push the envelope in terms of cross-chain adoption.

DISCLAIMER: THIS IS NOT FINANCIAL ADVICE. Please do your own research and consult with professionals when making any investments.

Link to the source article – https://www.altpress.com/news/angel-baby-hit-squad-ethereum-cardano-nft/

Let’s start from the basics and define non-fungible tokens (NFTs). A Non-Fungible Token is a unit of data stored on a digital ledger, most commonly…

AltPress is announcing its first cover on the Cardano blockchain featuring two leading NFT projects, SpaceBudz and Clay Nation. There are 13 different covers, and…

There are many guides to what NFTs are, including my own. Simply put, a non-fungible token is a unit of data stored on blockchain technology,…

If you have been following the latest news, you’ve surely heard of the hype surrounding non-fungible tokens (NFTs). In many ways, 2021 was the Year…