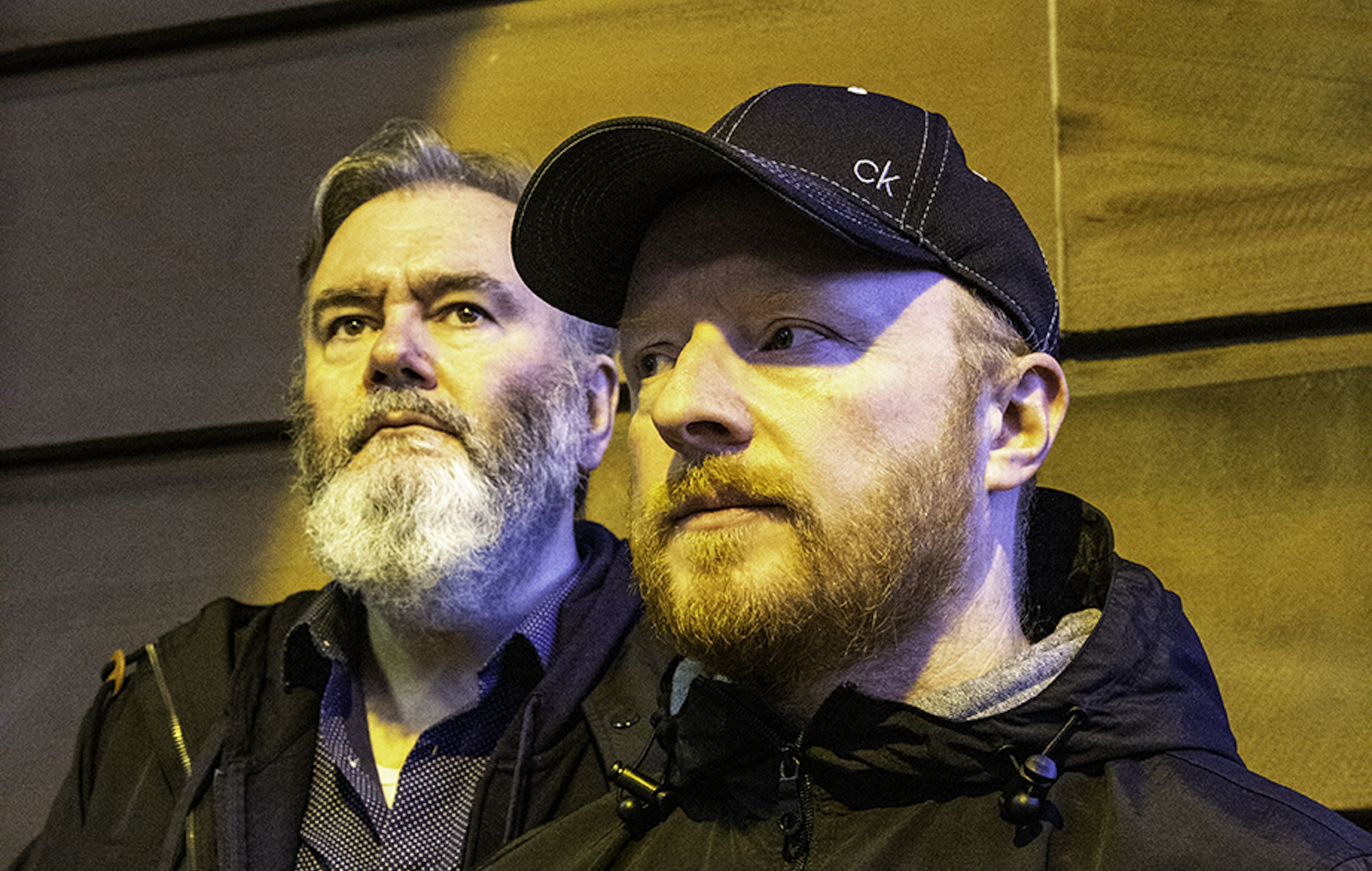 Arab Strap have returned with a brand new song and announced details of a forthcoming 7″ single – hear ‘Aphelion’ below.

The Scottish duo – Aidan Moffat and Malcolm Middleton – returned in 2021 with their first album as Arab Strap in 16 years. ‘As Days Get Dark’ went on to be nominated for the SAY (Scottish Album Of The Year) Award.

‘Aphelion’ will appear on a new 7″ single, due out on March 4 via Mogwai‘s Rock Action label and also featuring another new track called ‘Flutter’.

“These two songs were written, recorded and mixed during the sessions for ‘As Days Get Dark’ but as much we loved them, we couldn’t find a place for them on the final album,” Moffat explained in a statement.

“Maybe it’s because they seem to have their own distinct identities, but sometimes a song just sounds better on its own, when it’s not part of a crowd and vying for attention. So, to celebrate the anniversary of the album’s release, we present ‘As Days Get Dark”s two runaway loners; a couple of black sheep who might not click with the rest of the family but, even though they aren’t very happy, are still worth a cuddle.”

Listen to ‘Aphelion’ below and pre-order the 7″ single here.

Reviewing ‘As Days Get Dark’ upon its release last year, NME described the album as a career best for Moffat and Middleton, writing: “With lyrics that encompass the reality of ageing with all its wisdom and regrets, and with music that employs the deftness of touch that can only come with long-term honing, Arab Strap have delivered their defining record.”

In a new interview around the release of their comeback single ‘The Turning Of Our Bones’ in late 2020, their first new music in 15 years, the pair said that there was “no point getting back together to release mediocrity”.