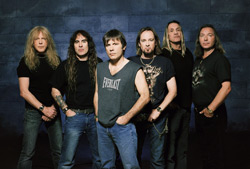 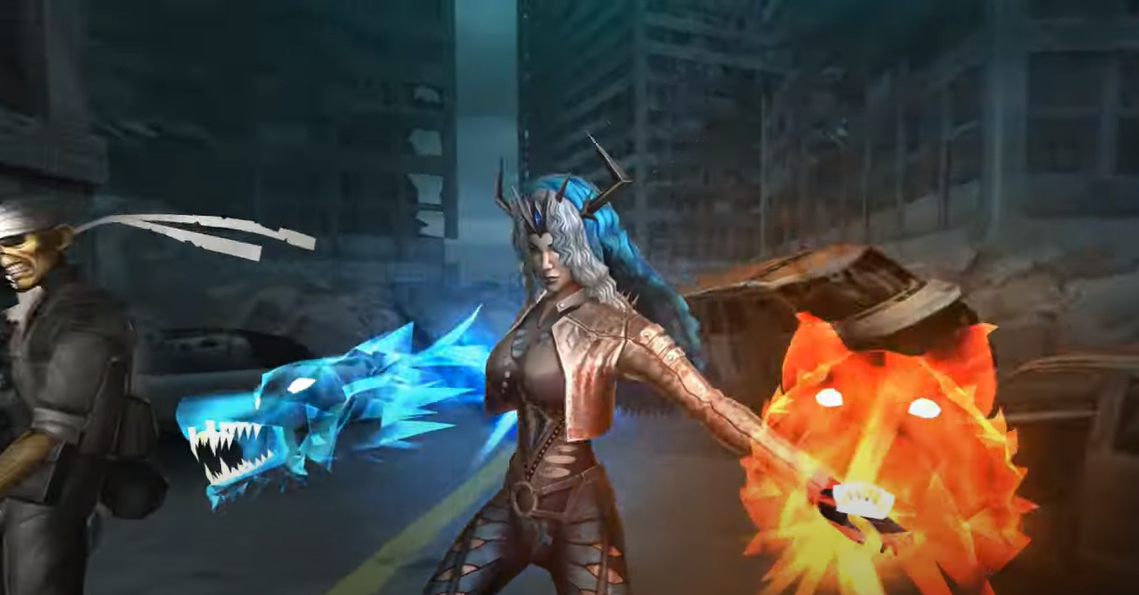 ‘The week-long event will take fans and players on a journey with Eddie and Queen Beast, a regal warrior harnessing the fierce powers of wild animals, striking fear in the hearts of all who oppose her!

As they walk through a post-war dystopian wasteland, society at large is witnessing the rise of a mutant species, a creature that is the product of the nuclear war. They are driven to destroy all of what is left of the natural world; human and animal kind.

Queen Beast and her companion GreyClaw must work together with Doomsday Eddie to gather survivors and rebuild the community while fighting mutant henchmen. Future generations’ survival lies in their hands.’

“We made sure to include elements of the entire band. We worked directly with the developers to make this character really special and unique that really symbolizes Arch Enemy.

I think fans playing this game will have a fun time, also seeing AE lyrics in the script, in the storyline of the game and I’m curious to see who picks up on the little easter eggs we left in there. It’s really exciting to see that AE will be fighting alongside Eddie and our character that we’ve developed Queen Beast along with her companion Greyclaw.

She symbolizes strength, femininity, power and compassion! We really put a lot of detail into developing her attacks, the way she looks, the way she moves, and I think its gonna be a really fun element for people playing the game.”

Link to the source article – http://www.metalunderground.com/news/details.cfm?newsid=153379

The Guy and Eddie team up to fight evil. Continue reading… Link to the source article – https://loudwire.com/disturbed-mascot-the-guy-iron-maiden-legacy-of-the-beast-game/

As the latest Legacy of the Beast in-game collaboration, Iron Maiden have partnered with German power metal group Powerwolf to introduce a new character for a limited-time.…

On March 22, 1982, Iron Maiden changed heavy metal forever with the release of ‘The Number of the Beast.’ Get the story behind the album…