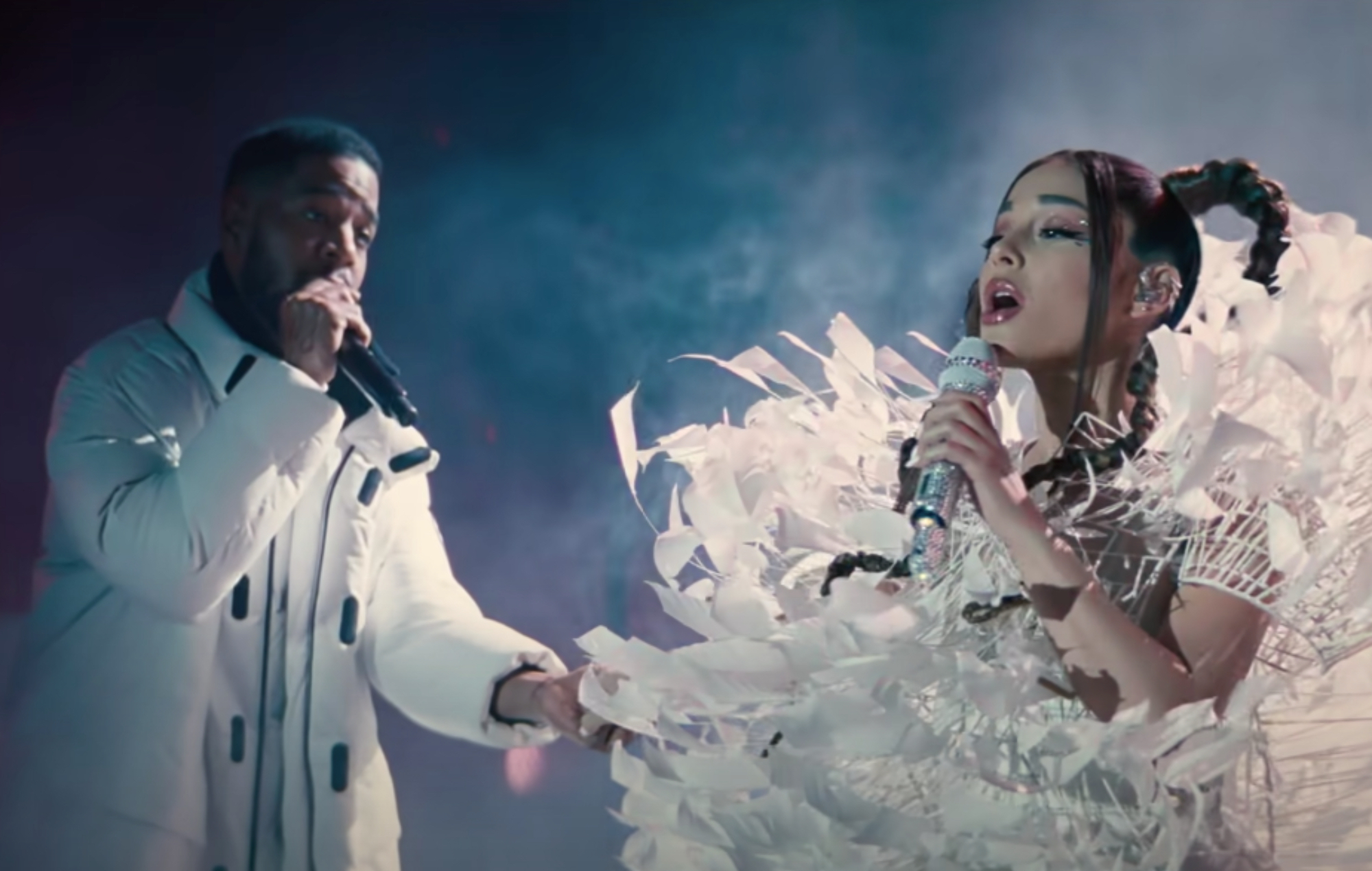 Ariana Grande and Kid Cudi perform their new collaborative track ‘Just Look Up’ in the upcoming film Don’t Look Up – watch the scene below.

Released last week, the team-up will feature in the Leonardo DiCaprio and Jennifer Lawrence-starring movie, which is set to land on Netflix on December 24. An official trailer arrived last month.

Don’t Look Up, which includes cameos from Grande and Cudi, sees Kate Dibiasky (Lawrence), an astronomy grad student, and her professor Dr Randall Mindy (DiCaprio) make an astounding discovery of a comet orbiting within the solar system.

“The problem — it’s on a direct collision course with Earth,” an official synopsis reads.

In the new clip, we see Grande suspended in the air as she sings to an arena of fans before Cudi appears mid-way through. Lawrence and DiCaprio’s characters, meanwhile, watch the space-inspired performance from backstage.

Anticipating the catastrophe that may be about to unfold, Grande delivers the lines: “Listen to the goddamn qualified scientists/ We really fucked it up this time/ It’s so close I can feel the heat big time/ You can act like everything is alright but this is probably happening in real-time.”

Later, she sings of doing “whatever it takes to get you through the mess that we made/ Cause, tomorrow may never come!“.

In a four-star review of the film, NME wrote: “Though Don’t Look Up loses some momentum towards the end of its 145-minute runtime, it still succeeds as both a raucous comedy and a grim cautionary tale. By the end, McKay has definitely driven home his message that Earth is ours for the saving.

Jennifer Coolidge can thank Ariana Grande for the hilarious domino effect that relaunched her career. The actress stopped by The Tonight Show Starring Jimmy Fallon on…