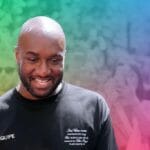 Virgil Abloh, CEO of Off-White, artistic director of Louis Vuitton’s menswear collection, and DJ/producer, has died at the age of 41. Abloh was diagnosed with cardiac angiosarcoma in 2019, a “rare and aggressive form of cancer.” He “chose to endure his battle privately since his diagnosis…undergoing numerous challenging treatments, all while helming several significant institutions that span fashion, art, and culture,” his team wrote in a November 28 statement announcing his death from the disease.

The visionary is survived by his wife Shannon Abloh, his children Lowe Abloh and Grey Abloh, his sister Edwina Abloh, and his parents Nee and Eunice Abloh.

Link to the source article – https://dancingastronaut.com/2021/11/virgil-abloh-dead-at-41/

A choir assembled for a moving rendition of Adele‘s “Easy on Me” at Kanye West‘s latest Sunday Service, which was dedicated to Virgil Abloh, his…

Virgil Abloh, who most-recently served as men’s artistic director of Louis Vuitton, died Sunday (Nov. 28) after a private battle with cancer. He was 41.…

Virgil Abloh passed away on Sunday at the age of 41. According to a statement posted on his personal Instagram, the famed fashion designer, who…

Drake has paid tribute to his late friend Virgil Abloh with a new tattoo. The DJ and Louis Vuitton designer passed away in November at…