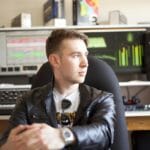 Bensley is gearing up to release his Cascade EP on Deadbeats in the coming month, priming his debut project with the title track ahead of its full release. Marking his debut extended play on Zeds Dead’s fledging label, on “Cascade” Bensley finds himself experimenting with hollow soundscapes and slower tones, making for an intriguing, yet altogether alluring introductory offering.

Following last year’s string of energetic singles released on Monstercat, the release launches Bensley into a new direction, under the veteran guidance of DC and Hooks. “Cascade” lands as Bensley’s second track of the year, following “That Feeling” released in March. Listen below.

Link to the source article – https://dancingastronaut.com/2021/07/bensley-releases-title-track-from-upcoming-deadbeats-ep-cascade/

Bensley has returned with “No Problems,” a single that sees Bensley dive into new territory once again, this time taking on a dubstep style. Arriving…

In 2011, dubstep was in the throes of its golden era, and a 16-year-old Peter Bennett—now better known by his Bensley stage name—attended his first…

It’s often said that if you can DJ drum & bass, you can DJ pretty much anything. The same, apparently, goes for production since Bensley…

X&G launched their 2Point side-project in June with the debut single “Check It.” With no sign of slowing down, 2Point now heads over to Deadbeats…