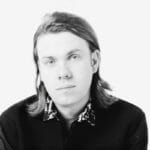 While most acts in dance music are concerned with nailing their particular sound, Bingo Players have always managed to wear multiple masks. This can be seen as far back as 2011, which was a crucial year for the Dutch act’s success, as the then-duo released the disco-infused vocal house track “Cry Just A Little,” followed by the club-crooning electro single “Rattle,” both of which were met with global recognition.

Lots has changed for Bingo Players since then, including the unfortunate passing of the group’s founding member Paul Bäumer, however, its sonic imprint has not. Now led by Maarten Hoogstraten, Bingo Players continues to diversify its sound between a smattering of upbeat vocal-house tracks and more club-ready beats that are, for lack of a better term, straight up dirty. Bingo Players’ latest release, “State of Mind,” falls into latter category, employing hypnotic vocals from Sarah de Warren for an acid-soaked release that’s perfect for the pending return to the clubs.

The new release is out now via Bingo Players’ very own Hysteria Records. Listen to the new track alongside its intoxicating music video below.

Link to the source article – https://dancingastronaut.com/2022/03/bingo-players-shift-state-of-mind-with-music-video-for-latest-single/

Bingo Players may be known in more recent years for his colorful upbeat grooves, but his new single “State of Mind” featuring Sarah De Warren,…

While on his European tour earlier during the summer of this year, Coke Beats was preparing his upcoming EP ’Techno Is A State of Mind,’…

The name “Kage” commands a familiarity on Confession grounds. Though the tastemaker has touched down on Monstercat, Do Not Duplicate Recordings, Insomniac Records‘ IN /…