Ziggy turns 50 this year. In an extract from a new bookstore edition of Moonage Daydream: The Life & Times Of Ziggy Stardust – David Bowie and Mick Rock’s long-out-of-print ‘biography’ – Bowie himself recounts the brief but colourful journey of rock’s greatest space invader, from his genesis in Haddon Hall to his shocking exit on stage at the Hammersmith Odeon.

There’s a full extract in the new issue of Uncut (in UK shops now or available to buy online by clicking here). In it, Bowie talks about how Stanley Kubrick’s 2001 and A Clockwork Orange laid the groundwork for a new reimagining of pop culture: “Both of these films provoked one major theme: there was no linear line in the lives that we lead. We were not evolving, merely surviving. Moreover, the clothes were fab: 2001 with its Courrèges-like leisure suits and Clockwork’s Droogs, dressed to kill.

“Writers like George Steiner had nailed the sexy term post-culture and it seemed a jolly good idea to join up the dots for rock. Overall, there was a distinct feeling that ‘nothing was true’ anymore and that the future was not as clear-cut as it had seemed. Nor, for that matter, was the past. Therefore, everything was up for grabs. If we needed any truths we could construct them ourselves.

“The main platform would be, other than shoes, ‘We are the future, now.’ And the one way of celebrating that was to create it by the only means at our disposal. With, of course, a rock’n’roll band.”

Bowie goes on to talk about stitching together Ziggy’s look, assembling the production for the famous Rainbow Theatre show and that guitar stunt with Mick Ronson: “I don’t remember which song it was, but there came that time when the guitar was raised and the teeth were displayed. Only much to Mick’s surprise, two sets of gnashers were bared. Ronson’s jaw politely withdrew as mine took over and the dance began.

“Inevitably and comically, there came a time when Mick’s arms grew tired from holding his guitar at shoulder height and it slid slowly back down to his groin. I didn’t stop munching. Mick Rock took his pictures. And a new guitar ‘bit’ was born.”

You can read much more of Bowie on Ziggy in the May 2022 issue of Uncut, out now with Paul McCartney on the cover. 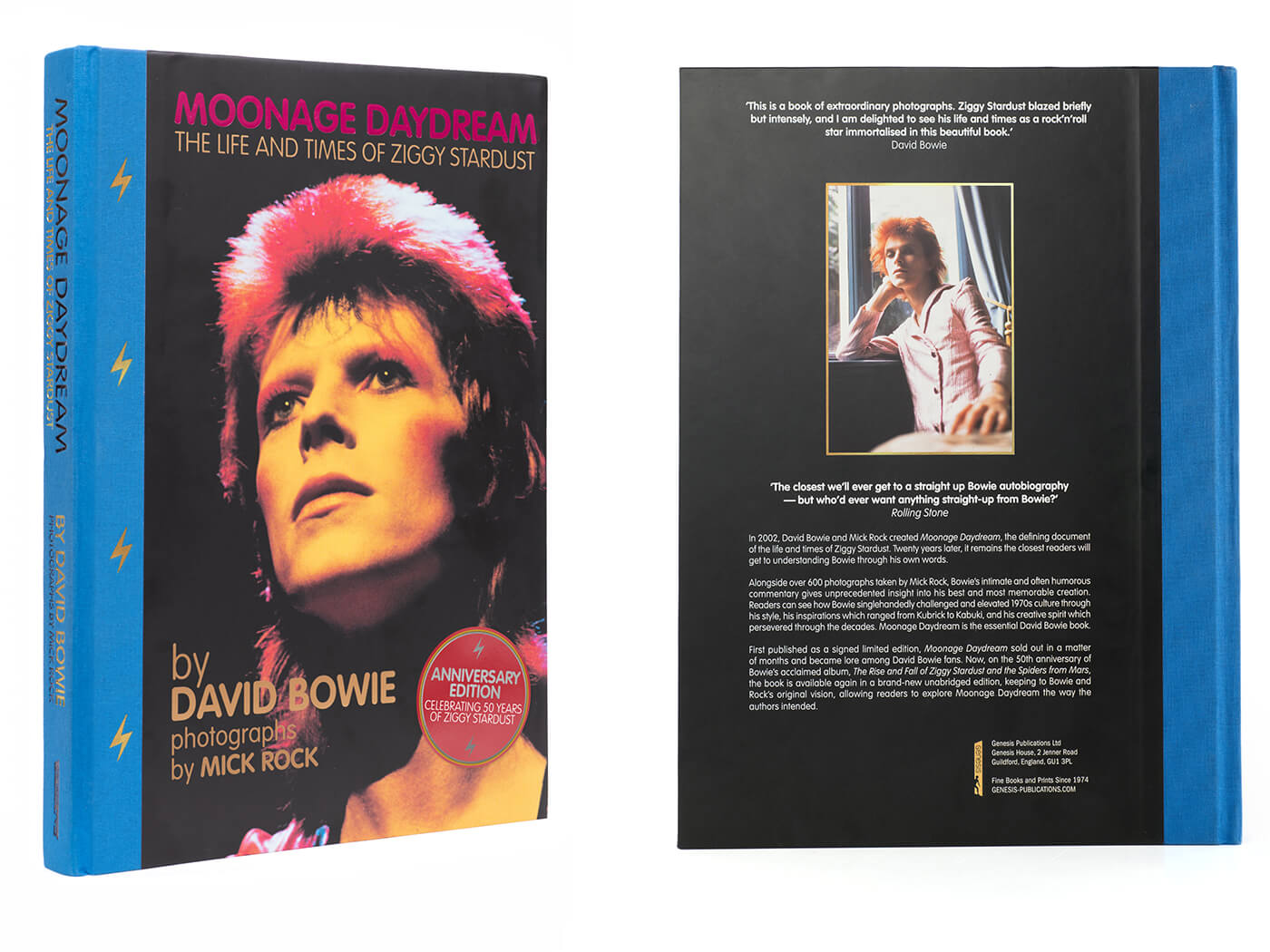 A new version of David Bowie’s classic single “Starman” has been shared to mark the 50th anniversary of the late icon’s fifth studio album, The…

If you happened to be looking for the precise moment at which the stars came into alignment for David Bowie in 1972, there are plenty…