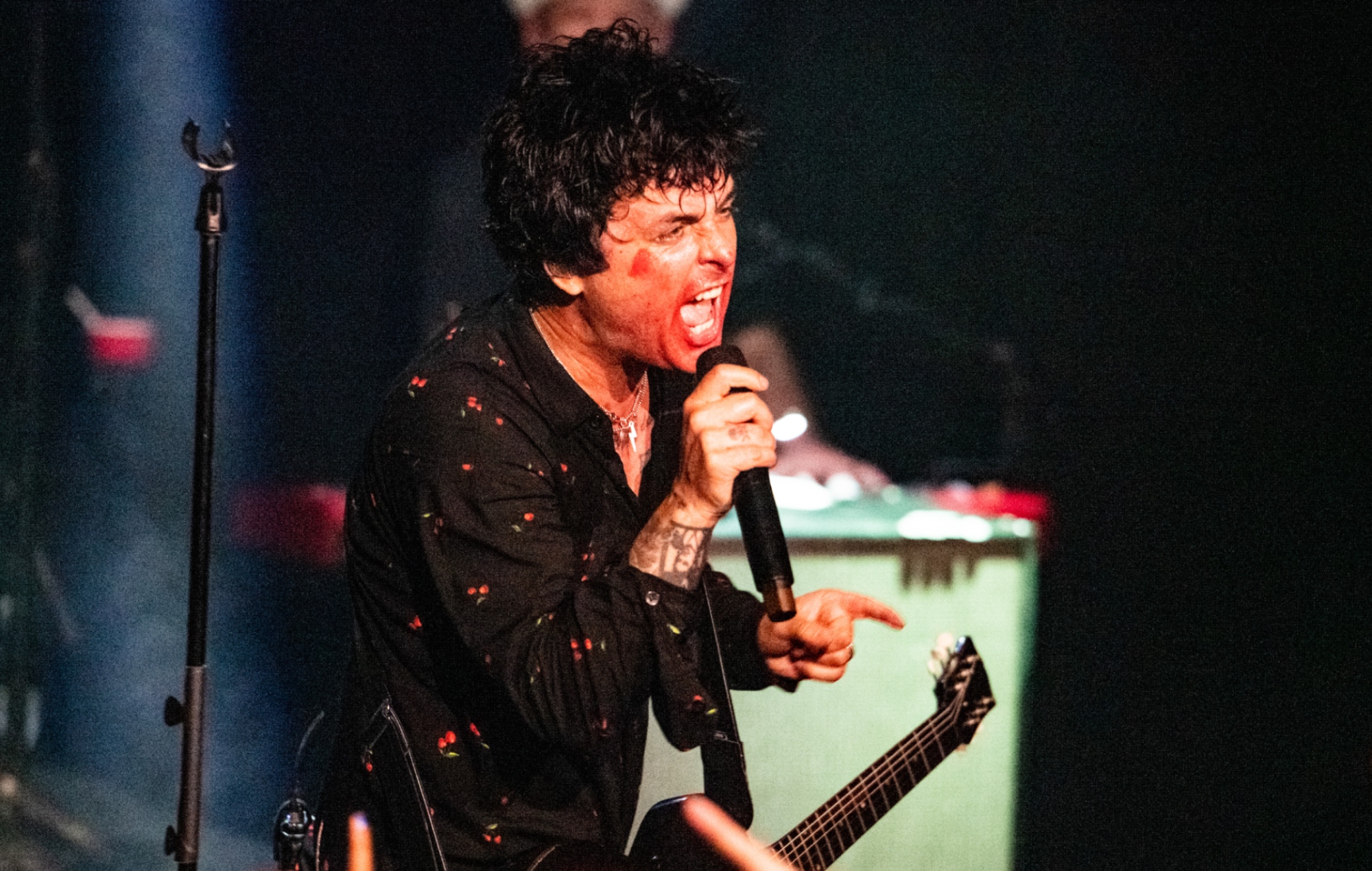 Green Day have shared a new single called ‘Holy Toledo!’ – you can listen to it below.

Arriving today (November 5), the band’s latest release follows on from this year’s tracks ‘Pollyanna’ and ‘Here Comes The Shock’.

‘Holy Toledo!’ begins with a stripped-back verse, with frontman Billie Joe Armstrong expressing his desire to visit “where the trouble begins“. The song then transforms into an energetic, pop-punk-infused number.

‘Holy Toledo!’ features on the soundtrack to Mark, Mary & Some Other People, the new rom-com from Hannah Marks. The film arrives in cinemas and on streaming in the US today.

Green Day recently shared a 1994 performance of their classic single ‘Basket Case’ from their forthcoming ‘BBC Sessions’ album. Set to arrive on December 10, the collection comprises all of the band’s Maida Vale sessions from across their career (1994 to 2001).

Armstrong and co. last month released the second part of a limited edition 7″ vinyl, which is available exclusively to subscribers to their coffee company, Oakland Coffee Works.

Green Day recently wrapped up the North American leg of their ‘Hella Mega Tour’ with Fall Out Boy and Weezer. Rescheduled UK dates are yet to be confirmed.

A few Fridays ago, Green Day released a version of “Basket Case” that was taken from a 1994 BBC Session. Today, Green Day unveiled a…

Take a listen to the soundtrack contribution. Continue reading… Link to the source article – https://loudwire.com/green-day-holy-toledo-lyrics/

It’s set to appear on the soundtrack of a film that’s been scored by Fall Out Boy’s Patrick Stump. Green Day have revealed that they…

Green Day have shared a 1998 live recording of them performing ‘Hitchin’ A Ride’ for the BBC. The pop punk legends said they were releasing…

Green Day just dropped the “Basket Case” recording from their classic 1994 BBC Session.   “Basket Case” is off the band’s third studio album, their…