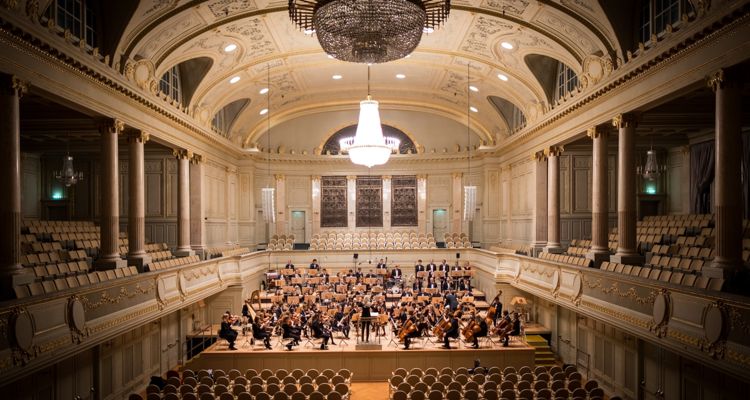 More evidence that Apple continues work on its classical music app has surfaced in code from iOS 16.3.

The final stages of its beta test are underway, with a public release expected next week. However, it’s still unclear if the classical music app will launch then–or at a later date. According to a report from MacRumors, some noted changes in code appear to change references from just ‘Apple Classical’ to ‘Apple Music Classical.’ Another snippet of code revealed offers users, “Explore this artist in the app designed for classical music.”

“In the coming months, Apple Music Classical fans will get a dedicated experience with the best features of Primephonic, including better browsing and search capabilities by composer and by repertoire, detailed displays of classical music metadata, plus new features and benefits,” the August 2021 announcement reads. However nearly 18 months after that announcement, we’re still waiting on the Apple Music Classical reveal.

Getting the classical music listening experience just right may be taking Apple longer than it realized. That’s because the metadata generated by classical music pieces needs to be handled vastly different than pop music. Primephonic was built from the ground-up to be a solution to this problem exclusively experienced by classical music. It also implemented a different pay structure, as highlighted by then CEO Thomas Steffens.

“Since most pop songs last three or four minutes, [traditional royalties] mechanism works pretty well. But the average classical track lasts much, much longer. Beethoven’s 9th symphony lasts for over an hour, with each movement clocking in between 10 and 25 minutes. The result is that an hour of pop music pays out significantly more than an hour of classical music,” Steffens shared in 2018.

Primephonic solved this problem by implementing a play-for-second payout structure for classical music instead of pay-for-play structure that is traditionally used. There’s no clue whether Apple will honor this payout structure once Apple Music Classical launches. Hopefully, it is something Thomas Steffens has focused on as an Apple Music Business Development executive.