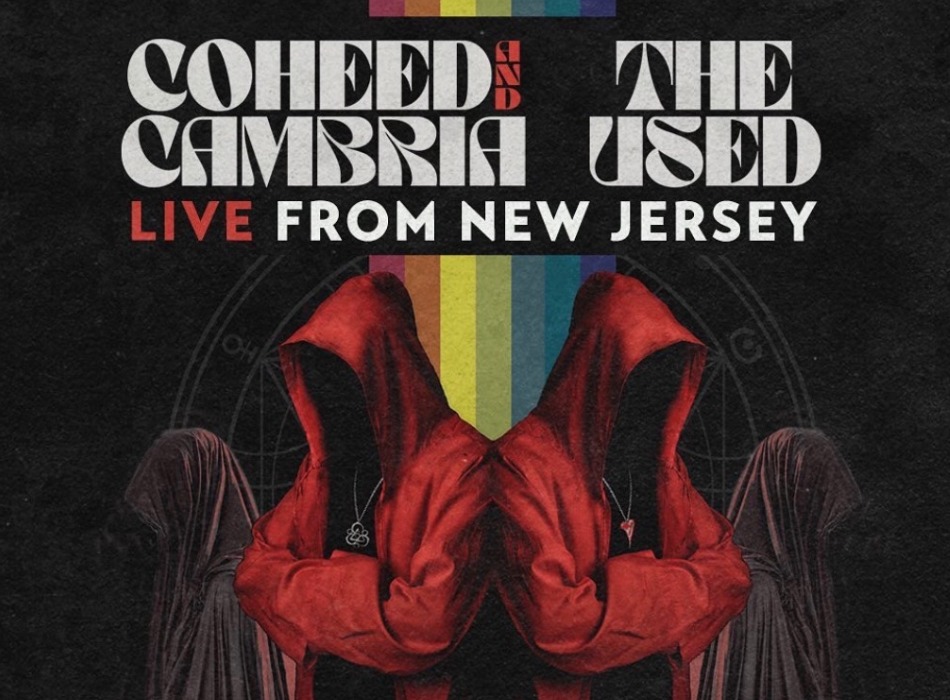 Tickets for Coheed And Cambria and the Used’s upcoming Veeps stream are available for purchase. The livestream will bring viewers into the audience as the bands make their stop at PNC Bank Arts Center in Holmdel, New Jersey Sept. 19 at 9 p.m. ET.

The performance is part of Coheed And Cambria and the Used’s ongoing tour, which launched Aug. 27. The U.S. tour also features Meet Me @ The Altar and carolesdaughter during special performances and runs through late September.

The livestream is only one of many innovative approaches to performances planned by Coheed this year. They are also slated to deliver a positively unique cruise experience this fall. The S.S. Neverender will play host to two performances by the band, live discussions with them, interactive experiences based on their Amory Wars saga and other activities.

Originally slated for an October 2020 launch, the event was postponed due to COVID-19. Now, the S.S. Neverender will take off from Miami, destined for the Bahamas from Oct. 25 through Oct. 29, 2021.

Along the way, fans will get a chance to experience a stacked lineup, including Taking Back Sunday, Andrew W.K., the Dear Hunter, Tigers Jaw, Cloud Nothings, covet, Thank You Scientist, Sheer Mag, Spiritbox, Torche, Fire Deuce, Weerd Science, 3, SOUL GLO, Hail The Sun, Peelander-Z and Emo Nite. Chef Graham Elliot will also be along as a special guest.

Live music isn’t the only recent news we’ve had from Coheed. In July, the band released “Shoulders,” their first studio release in nearly three years. The visual’s heavy sci-fi themes hinted that the group might be making a return to the narrative world of The Amory Wars. The announcement of “Shoulders” provoked a flurry of speculation about the song’s significance, as did a presale code for the tour, “Vaxis2.”

The Used have also been productive. The band recently released a massive haul of material in the form of the Deluxe Edition of their 2020 studio album Heartwork. Dropping via Big Noise, the extended album adds 11 songs written during the original Heartwork sessions.

“Not a moment of our time in the studio for the Heartwork sessions was wasted,” the band says. “It seemed that every new day brought with it a song worth listening to. Therefore, we are beyond proud to present to you all of the songs that didn’t make the record, the entirety of the session. With love, the Used.“

Thanks to Veeps, fans who are unable to see both bands live will still have a chance to see them via livestream as they perform on Sept. 19. Tickets are available for purchase here.

Coheed And Cambria and the Used tour dates:

The post Coheed And Cambria and the Used livestream gives front-row seat for tour appeared first on Alternative Press.

Link to the source article – https://www.altpress.com/news/coheed-and-cambria-the-used-tour-veeps-livestream/

Coheed And Cambria and the Used just announced a summer amphitheater co-headline tour that will begin Aug. 27—and we can’t wait. The U.S. tour will…

The band hit the road with The Used later this year Coheed And Cambria have released a music video for new single ‘Shoulders’. Check it…

Coheed And Cambria have released “Shoulders,” the progressive-rock band’s first proper studio release in nearly three years. Along with the track comes a sci-fi-filled visualizer,…

Coheed and Cambria are back, and they’re heavy as ever. The New York progressive rock outfit returns with “Shoulders,” a flat-out rock number that marks…