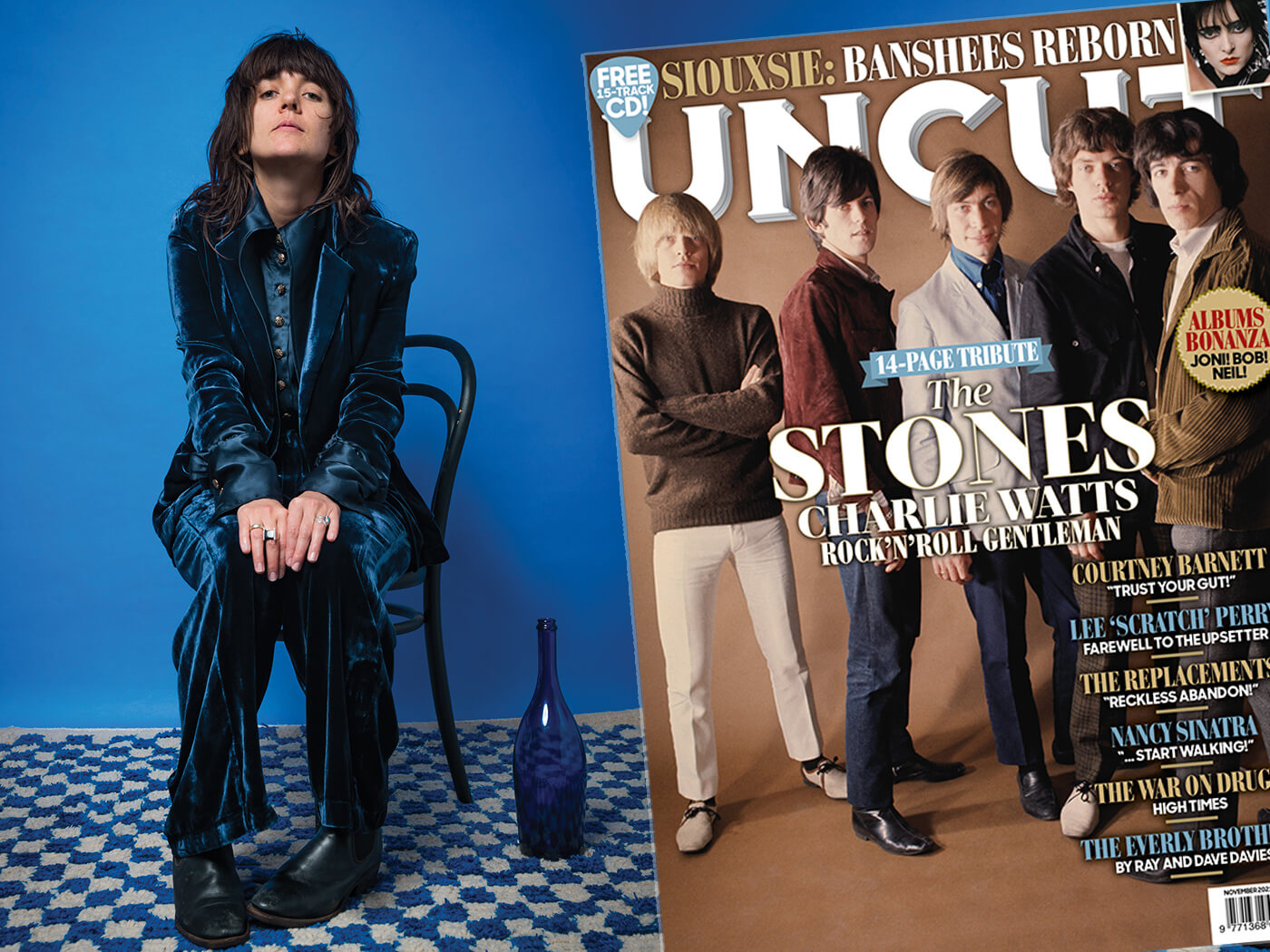 The last place Courtney Barnett visited before a global pandemic destroyed her plans, along with everyone else’s, was a picturesque spot in the Mojave Desert named Sunfair. “Looking back, it seems like a moment hovering in time,” she says. “It’s beautiful, boundless and mysterious out there. Properly out in the desert. I happened to be staying in Joshua Tree, having a break after my solo tour. I went to Stella’s [Mozgawa, Warpaint drummer] birthday party. I was feeling particularly socially anxious that day, so I felt unnecessarily insecure meeting new people. By the time I fell asleep early the next morning, all those fears and insecurities had faded. That same day, I started writing a song.”

Sunfair Sundown appears as the second track on Barnett’s new album, Things Take Time, Take Time. “It centres around a mutual friend,” she explains. “She had just bought a house that day, so we were celebrating that, musing on life, existence, the art of getting lost, all those kinds of things.”

“The sunsets are ever-changing and always mind-blowing in the desert,” says Stella Mozgawa. “It’s a very special place; it makes a huge effect on people, especially artistic people. Everyone there that night has acknowledged that it was kind of the last party of our lives, because then immediately the Covid spike emerged and everyone flew back home. That was our final memory of a different world, I think.”

After that celebration – its poignancy akin to something from a doomsday sci-fi novel – Barnett flew back to Melbourne to begin a period of enforced isolation. Living on her own, in a new apartment, she found herself undergoing cold turkey after seven years of manic activity, travel and expanding fame.

“It’s been one of the quietest periods of my life, I guess,” says Barnett on a video call from Melbourne, her music room dim in the light of the Australian winter. “But I’ve been rolling with it. I’m lucky enough to be able to work from home, which is a real privilege. It’s been quiet, but I think it’s been a nice reflective time, catching up on all the books you should read and the movies you should watch.”

Of course, Barnett is no slacker – even if some still misguidedly call her one. Her time in isolation has produced her third solo album, the title “a lesson in patience, a gentle reminder”, according to its creator. In many ways it’s her boldest yet, a loose stew of drum machines, percussion, droning guitars and expansive keyboards. Primarily featuring only Barnett and Mozgawa on a huge array of instruments, mostly old and cranky, Things Take Time, Take Time finds Barnett stretching herself as an artist, the new sonic textures setting her evocative songs in even deeper relief.

The three-year wait for a new Courtney Barnett album is almost over, as the singer/songwriter/superstar just announced that her third studio album, Things Take Time,…

Photo by Mia Mala McDonald Ahead of her new LP Things Take Time, Take Time – out Nov. 12 – Courtney Barnett has shared a…

Courtney Barnett has released “Write A List Of Things To Look Forward To”, another cut from her upcoming album Things Take Time, Take Time. ORDER…

Courtney Barnett has released ‘Smile Real Nice’, a new track the Australian singer-songwriter has penned for Apple TV+’s animated adaptation of Harriet the Spy. “I don’t…