Destroy Rebuild Until God Shows, the Word Alive and Until I Wake will support the run.

Crown The Empire have announced a 10-year anniversary tour celebrating debut album The Fallout. Destroy Rebuild Until God Shows (D.R.U.G.S.), the Word Alive and Until I Wake are slated to support the North American run.

The band spoke about the tour in a press release.

“We are so excited to play The Fallout in its entirety for the fans who’ve stuck with us over the past decade,” they say. “On this tour, we’ll be recreating the world from our debut album by bringing the most production and lighting we’ve ever brought out on the road. Get ready to experience a show from us as you’ve never seen before. Joining us onstage will be special guests D.R.U.G.S., the Word Alive and Until I Wake. We can’t wait to see all of you across the United States this summer! Grab your tickets and VIP now before they sell out.”

The tour kicks off May 30 in Albuquerque, New Mexico, and wraps up July 3 in San Antonio, Texas. Check out a full list of dates below and grab tickets here. 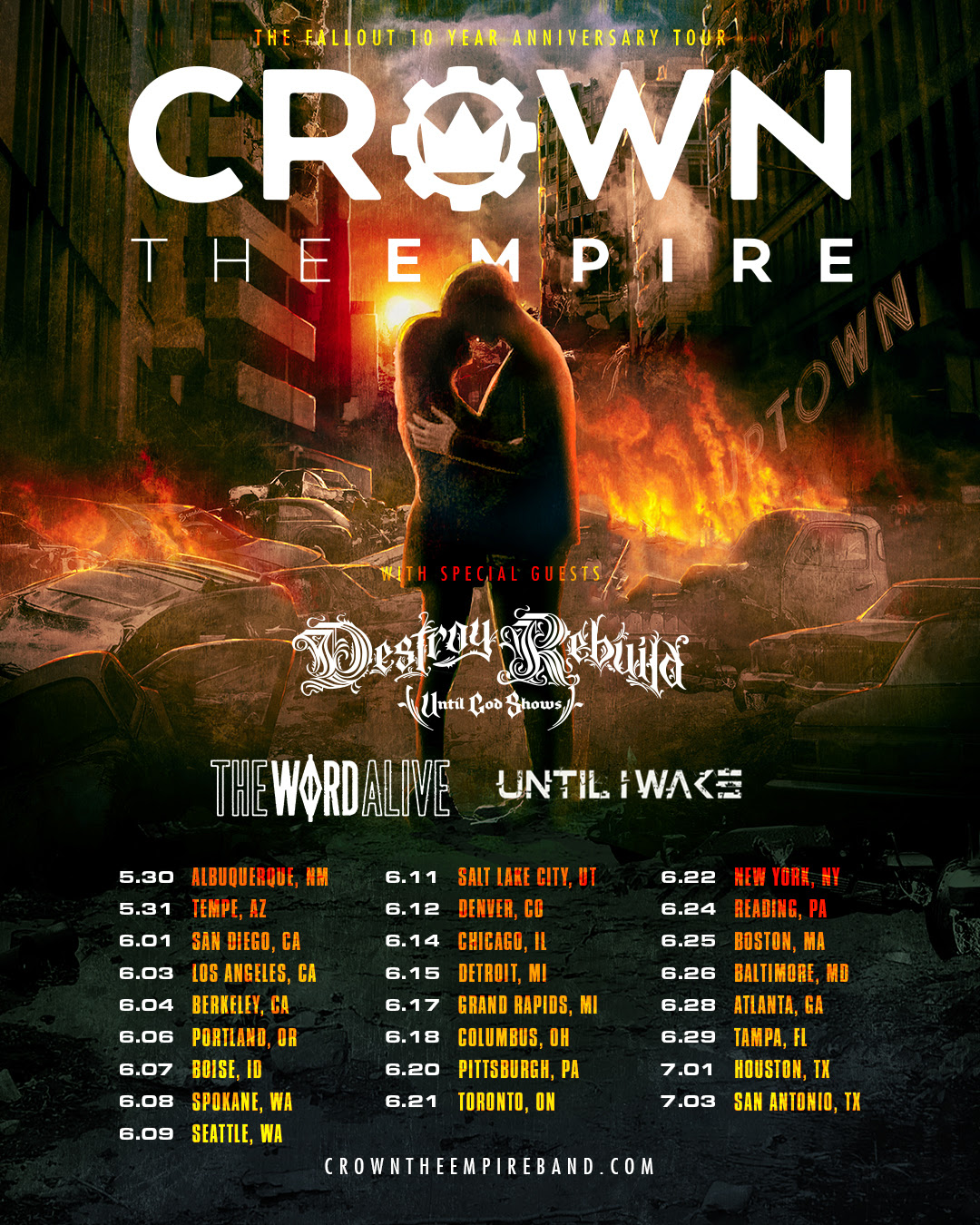 [Photo courtesy of Crown The Empire]

Link to the source article – https://www.altpress.com/news/crown-the-empire-the-fallout-anniversary-tour-dates-2022/

Cat Power’s shared another offering off her upcoming Covers album, revealing her rendition of Dead Man’s Bones’ “Pa Pa Power.” “I started playing this solo in…

Music Plus, a new EP is expected to arrive this spring. April 14, 2022 guccihighwaters has released two new singles, “Crash My Car” and “Devil…

Who’s ready for some new demonstrations? Starset will be spreading their transmissions to the masses this summer as they tour in support of their 2021…

Music The tour kicks off Sept. 13 in Portland, Oregon. March 28, 2022 The Gaslight Anthem will return for their first North American headlining tour…