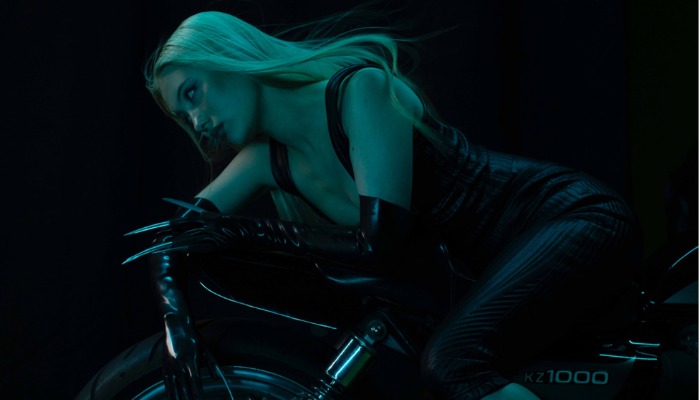 Melbourne emo-pop artist daine is living out her wildest dreams on the silver screen in her latest single, “IDC.”

The track is the second single from daine’s upcoming debut mixtape, following the October release of “cemetery dreams.”

“IDC” embodies the sound of vengeance and proves cynics wrong with the help of strummed guitars and powerful dark-pop synths.

The accompanying visual features an unfulfilled daine alone in the cinema.

Playing on the screen is a future version of her being the person she was meant to be.

Within the past year, daine has collaborated with artists such as Danny L Harle, 100 gecs’ Dylan Brady and Bring Me The Horizon’s Oli Sykes, the latter of which was previewed by AltPress.

While an official release date for the debut mixtape is unknown, the rising artist will continue to exceed expectations.

Watch the visual for “IDC” below.

The post daine lives out her dreams on the silver screen with “IDC”—watch appeared first on Alternative Press.

Link to the source article – https://www.altpress.com/news/daine-idc-video/

Melbourne alt-pop singer Daine has released a new single, ‘IDC’, in the lead-up to her debut mixtape’s arrival next year. Clocking in at just under…

The second taste of their upcoming debut mixtape. After revealing that their debut mixtape will be dropping next year, daine has shared another taster. It’s…

Heavy and emotive, the unsurpassed pair have revealed a new classic… daine and Oli Sykes (Bring Me the Horizon) have worked collaboratively on a new…