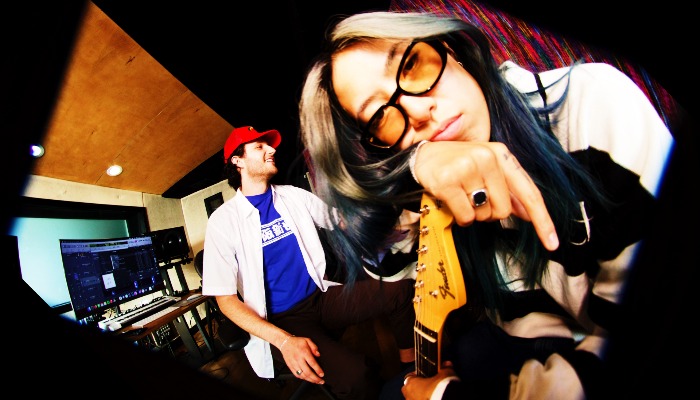 Deb Never has released the new single “Sweet & Spice,” a collaboration with Jim-E Stack (Charli XCX, Caroline Polachek, Joji). The track is the latest single to be released from her upcoming EP, Where Have All The Flowers Gone?, due out Sept. 10.

“Sweet & Spice” is essentially a sonic pros and cons list. Listeners are transported back to any love-hate relationship they’ve ever been in, writing down the positives and negatives of being with someone as they sit in their bedroom, despondently listening to sag love songs. Deb Never is melancholy, thinking about all the negatives of her lover and their relationship, singing, “There’s poison in your kiss.”

Listeners then experience emotional whiplash as the cluttered guitar and drum beats come alight. The result of Never’s evaluation? If the beat is any indication, she presumably says “Screw it,” deciding that embracing all the negatives is worth it to experience the positives.

The first single released from the album was “Sorry,” a song that proves that some mistakes can never be fixed, and some pros don’t outweigh the cons. Never spoke about the freedom found in playing with the different axis of mood and genre in an exclusive conversation with Alternative Press.

“I like playing with juxtaposition in my music, never fully leaning into a definitive genre, always teeter-tottering in the middle,” she told AltPress. “With that being said, ‘Sorry’ could’ve been a clear pop song, but I wanted to make it in my own way, which I suppose is low-key. Maybe that contrast is what makes it have a unique sound, as you say. I like experimenting and seeing what I can get away with.

“I like starting a song in one mood and ending in another,” Never continues. “First half [of ‘Sorry’] is vulnerable and broken, just like the video. The second half of the song is like this healing process ending with this kind of ‘haha fuck you, see ya never’ energy.”

Never began her music career by taking inspiration from ‘90s artists, releasing the House On Wheels EP via WEDIDIT in 2019. She then teamed up with Kenny Beats for “Stone Cold,” before releasing her Bandcamp-only Intermission EP. And while Never’s music can be described as many things, from grunge to hip-hop-infused, she argues it’s not “sad.”

“It’s just honest,” Never told FADER Magazine in a 2019 interview. “It’s more honest than sad. That’s the genre, if anything.”

Listen to “Sweet & Spice” below.

Where Have All The Flowers Gone? tracklisting:

Link to the source article – https://www.altpress.com/news/deb-never-jim-e-stack-sweet-and-spice/

Deb Never has released her highly anticipated second EP, Where Have All The Flowers Gone? The project features production from Jam City, Jim-E Stack, Michael…

Madeon switches gears for just a moment, jumping on a new track from keshi, “beside you.” A departure from Madeon’s usual sound, a low key…