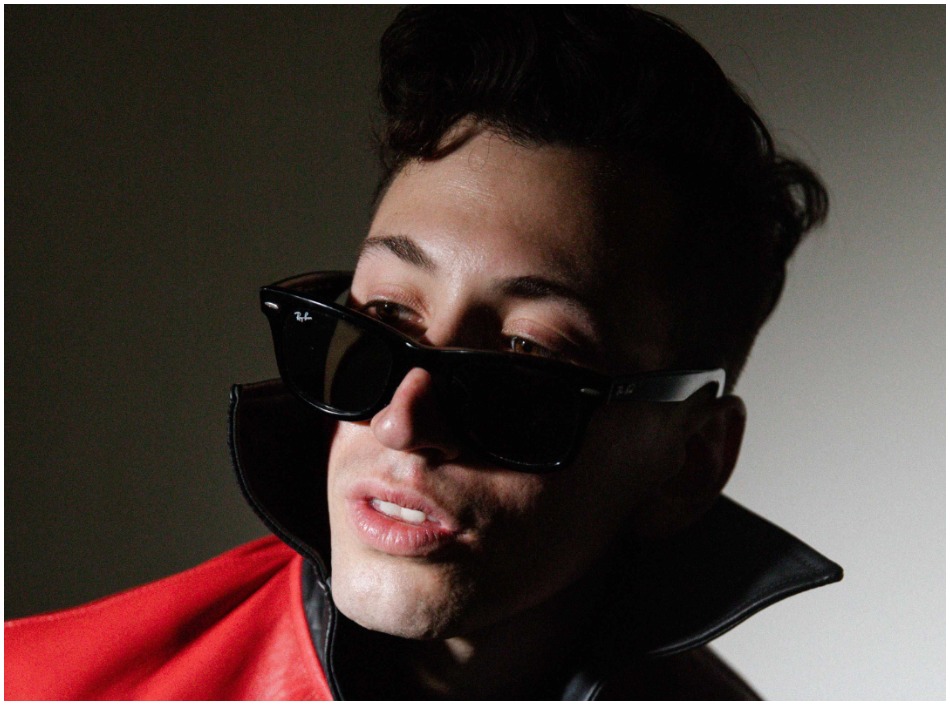 “It was a dream scenario to be able to make it,” Des Rocs says on creating his debut album. “There weren’t any fancy studios. It was just me and my laptop and mostly in my bedroom. I call it bedroom arena rock.”

Danny Rocco, the Brooklyn-based rock powerhouse and producer behind Des Rocs, has made a major splash in the alternative scene upon his release of “Let Me Live / Let Me Die” from his 2018 debut EP, Let The Vultures In. After receiving millions of streams on his three EPs, touring the world with Muse, gracing world-renowned festival stages and beyond, the musical polymath is excited to announce his debut album, A Real Good Person In A Real Bad Place.

The 11-track, self-produced LP will arrive Sept. 24. Des Rocs isn’t leaving us hanging as we wait, however. The guitarist dropped his first single from the record, “MMC,” accompanied by a brand-new music video.

With fierce, intense vocals and seductively harsh instrumentals, listeners will be taken on a whirlwind of classic-rock-influenced alternative rock that will leave your heart racing and eager to hear the rest of the album.

Ahead of A Real Good Person In A Real Bad Place‘s release, we had the chance to chat with Des Rocs and deep-dive into his groundbreaking rock ‘n’ roll single, his upcoming debut headlining tour and more. Check out the “MMC” music video below, as well as an exclusive interview with the artist.

In “MMC,” you combine classic-rock influences with a modern alt-rock flair. Just to start, how did this song arrive? Is there a story behind it or an experience that made you want to write this?

It’s a hodgepodge of different parts of my musical DNA. I remember just coming to my space one day and feeling really exasperated with a lot of inauthenticity in the music industry and people pretending to be things they aren’t and thinking that’s what other people want from them. And I’m more [of] the opinion of just do you, just be yourself. That’s the most unique gift you have to offer as an artist. And I just wrote this song in one giant gasp of energy. You know, [I was] just thinking about all those concepts, and it all came out pretty intensely and pretty ferociously.

I did want to say that I loved your recent tweet that said, “too many artist thinkin about the dopamine hit and not enough thinkin about the art.” I very much like that. Is this the main theme in “MMC,” would you say?

Absolutely. I think [with] artists today, it is so easy to just monitor what everyone else is doing and just try and copy it or emulate it in any sort of way. But me, I’m thinking like, “Maybe no one’s going to like my album for 10 years, but 10 years from now, people will like it.” I’m only thinking long term, and I’m only thinking of the larger-than-life art that I can create that’ll suck you out of your life.

How do you feel like you’ve grown from 2018’s Let The Vultures In to your debut LP?

2018 was just the beginning of the beginning. I was just putting music out and just hoping somebody out there would like it. And the fact that anybody did and that it was this unfiltered version of myself just really gave me the confidence to keep doubling down on that and to always creatively do whatever it was I wanted to do. So as far as growth is concerned, everything about Des Rocs for me is rooted in constant evolution. I’m constantly making records, and I self-produce pretty much everything, so I can just put them out whenever I want to. I always want to take chances, and I always want to get riskier. And “MMC” is really just the tip of the iceberg of everything that is to come.

You have done everything that a lot of people have just dreamed of: arena tours, festival shows, etc. And now you’re gearing up for your first big headline tour. Is there anything that fans can expect? Are you excited or nervous?

I’m not nervous, but the only thing that’s a little weird is doing the first headline tour and having not played a show in such a long time. The idea of playing a show is crazy to me because it’s been a year-and-a-half of just being in a studio apartment. But it’s a blessing in disguise because I think so many artists say, “Man, if I just had two months off tour… If I just had six months off tour… I could make the album I always wanted to make.” And now, everyone has to put their money where their mouth is.

You got to self-produce this LP and had the time to do it. What was that process like?

It was a dream come true in the sense that [I had] creative control and very few distractions. So I didn’t have to play any sort of games with band members, with label people. The only games I played were with myself, and the big theme of the album is struggle and one’s journey through this life. I think for me, the biggest takeaway on this album is that every single lyric, every single production choice and creative decision I would die for. It’s so incredibly personal. It really is the purest version of myself as an artist and this chapter of my career.

PHILLY my life story can be told in the shows i’ve played here. let’s write another chapter together at @johnnybrendas on Nov 3. tix on sale now: https://t.co/ob1LlVC0zr pic.twitter.com/Blxjg1VNAC

You can preorder the album and grab your tickets for Des Rocs’ tour dates here.

Link to the source article – https://www.altpress.com/features/des-rocs-mmc-new-album-lp/

He’s hitting the road, too. Continue reading… Link to the source article – https://loudwire.com/des-rocs-new-song-mmc-announces-debut-album/

Swedish melodic hard rock band ECLIPSE has set “Wired” as the title of its eighth studio album, to be released in October via Frontiers Music…

MAMMOTH WVH‘s latest single “Don’t Back Down” has reached No. 1 on the Active Rock chart. The song has been gaining momentum since it impacted…