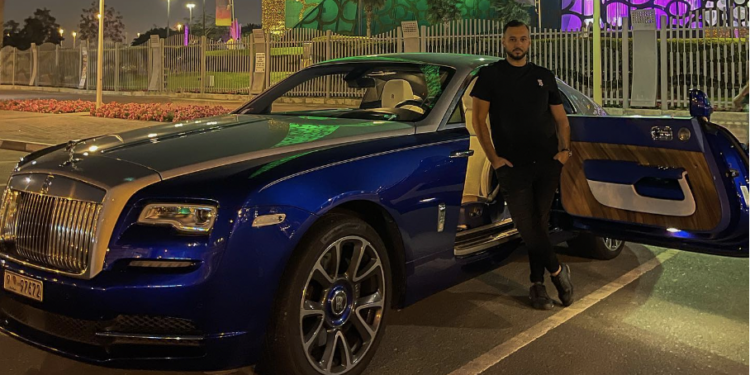 DJ BlasT, the rising star in the electronic music scene, has just dropped his highly-anticipated album “Famous” and it’s already making waves. Born in Israel, Lior Biton, better known by his stage name DJ BlasT, started making music in 2015. He quickly found his passion in the genre of Psytrance, which is evident in his latest album
release “Famous”

From the moment you press play, you’ll be hooked by the diverse collection of tracks that showcase BlasT’s range as an artist. The album features an emotional vocal top-lines, hypnotic beats, and smooth, melodic flows that transport the listener to a moonlit night, where the only thing that matters is the music.

One of the things that makes Famous stand out is the use of a booming kick drum that sets the pace for the majority of the tracks on the album. The light production effects add an ambient yet steady vibe to the songs, making it the perfect background music for a night out or a relaxing evening at home.

The upfront vocals guide the listener on a journey of pure musical goodness, as the tracks slowly build to a climax. But don’t let the smooth flow fool you, Famous packs a punch with its massive drops that will leave you wanting more. DJ BlasT has masterfully created a modern album that retains its energy throughout, making it impossible not to dance along. The catchy melodies and unwavering groove create a symbiotic harmony that makes “Famous” one of the most exciting albums from DJ BlasT to date.

With his passion for Psytrance and near-universal affinity for admired songwriting, DJ BlasT is an artist that needs to be on your radar. His ability to widen his scope and hone his sound sets him apart from the rest of the electronic music scene. He has already got over 10M views on social media for songs and continues to grow his
fanbase. And with more music planned for the near future, you can be sure that DJ BlasT will continue to push boundaries and impress his fans.

Link to the source article – https://www.youredm.com/2023/01/19/dj-blast-drops-inspiring-psytrance-album-famous/

Yolo Breezy is back with his anticipated release setting him up for a fast-paced road to significant growth this year, “Temptations.” This melodic track features…

Spence McManus, a rising star in the EDM industry, is making waves with his unique blend of melodic beats and catchy melodies. Hailing from Miami,…

Harina has been making waves all across the dance and pop space as of lately. With the support from the likes of 7Clouds, Wonderland and…

British producer Riordan has finally released the highly-anticipated track that has been causing a stir on social media over the holiday season, generating over 3…