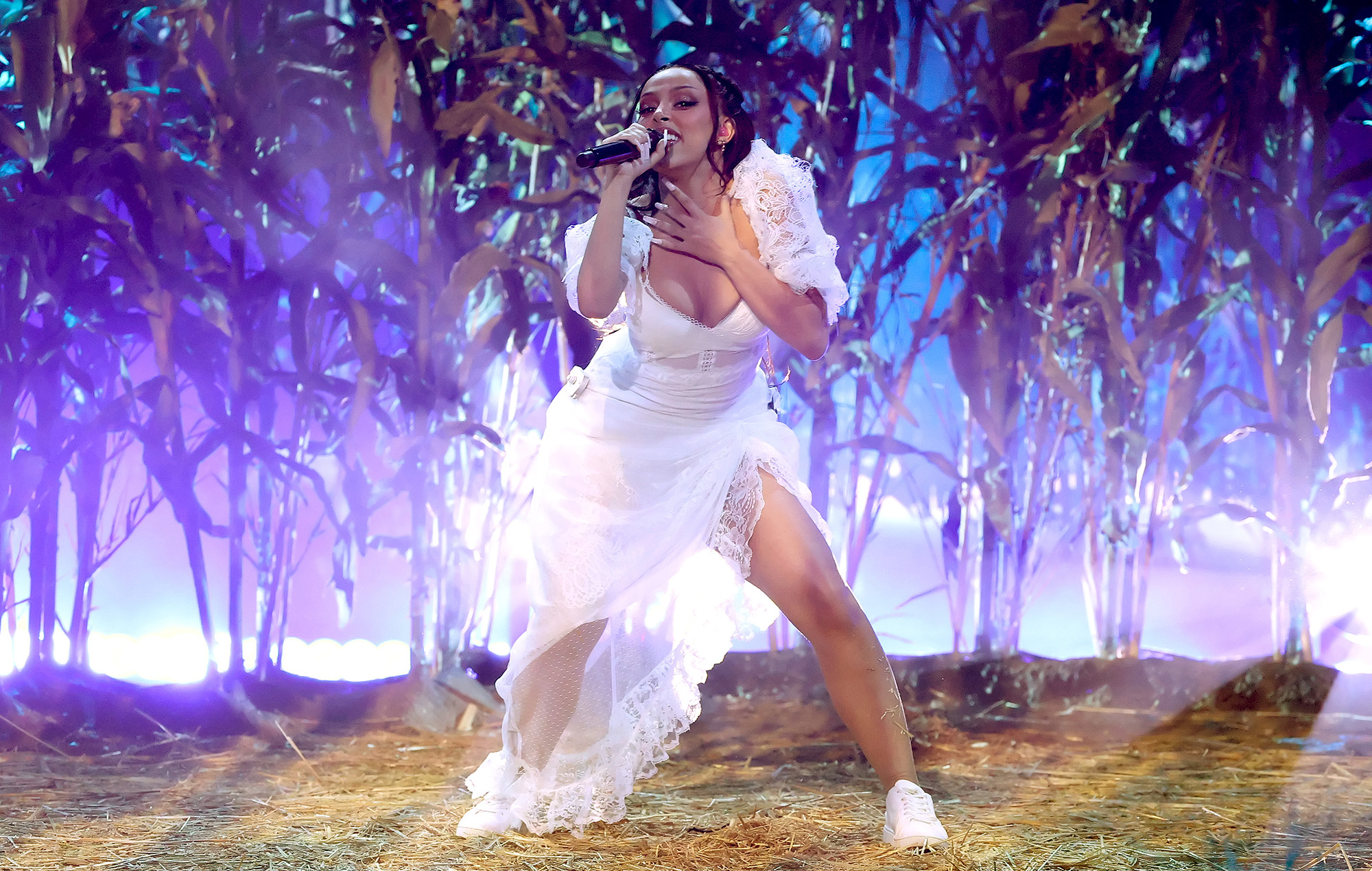 In a new interview, Doja Cat has said she’s going to start being more selective with who she works with in the future.

“I have been trying to be more careful about who I’m collaborating with,” she said in conversation with ExtraTV.

“I want to be really careful about that,” she continued. “Sometimes it’s too much collabs and remixes and things like that.”

The record almost featured a guest spot from Nicki Minaj as well. During an audio conversation on Twitter Spaces, Minaj said she was set to feature on Doja’s track ‘Get Into It (Yuh)’.

However, the rapper said she didn’t think she “could bring anything to it” and that there were too many middlemen involved.

Earlier this week, Doja hosted the MTV Video Music Awards and performed her singles ‘Be Like This and ‘You Right’. She also won the award for Best Collaboration for her SZA-featuring single ‘Kiss Me More’.

Other winners included Justin Bieber, who took home the awards for Best Pop with his smash hit ‘Peaches’ and Artist of the Year. BTS’ single ‘Butter’ won Best K-Pop and Song of the Summer with the band also winning Group of the Year.

Lil Nas X won Video of the Year, Best Direction and Best Visual Effects for his single ‘MONTERO (Call Me By Your Name)’ while Foo Fighters picked up the inaugural Global Icon Award before playing a medley of songs.

The post Doja Cat is going to be more selective about future collaborations appeared first on NME.

Doja Cat has shared the music video for ‘You Right’, her collaboration with The Weeknd, coinciding with the release of new album ‘Planet Her’. The…

Doja Cat has been revealed as the host of this year’s MTV Video Music Awards ceremony, scheduled for next month in New York. The artist…

Doja Cat and SZA have finally given their hit ‘Kiss Me More’ its live debut with a performance at the 2021 Billboard Music Awards. The…

Doja Cat has finally revealed the full details for her forthcoming third studio album, ‘Planet Her’, which will include features from Ariana Grande, The Weeknd…

Doja Cat and SZA were the second act to grace the stage at the 2021 Billboard Music Awards, performing their collaborative single “Kiss Me More.” The…