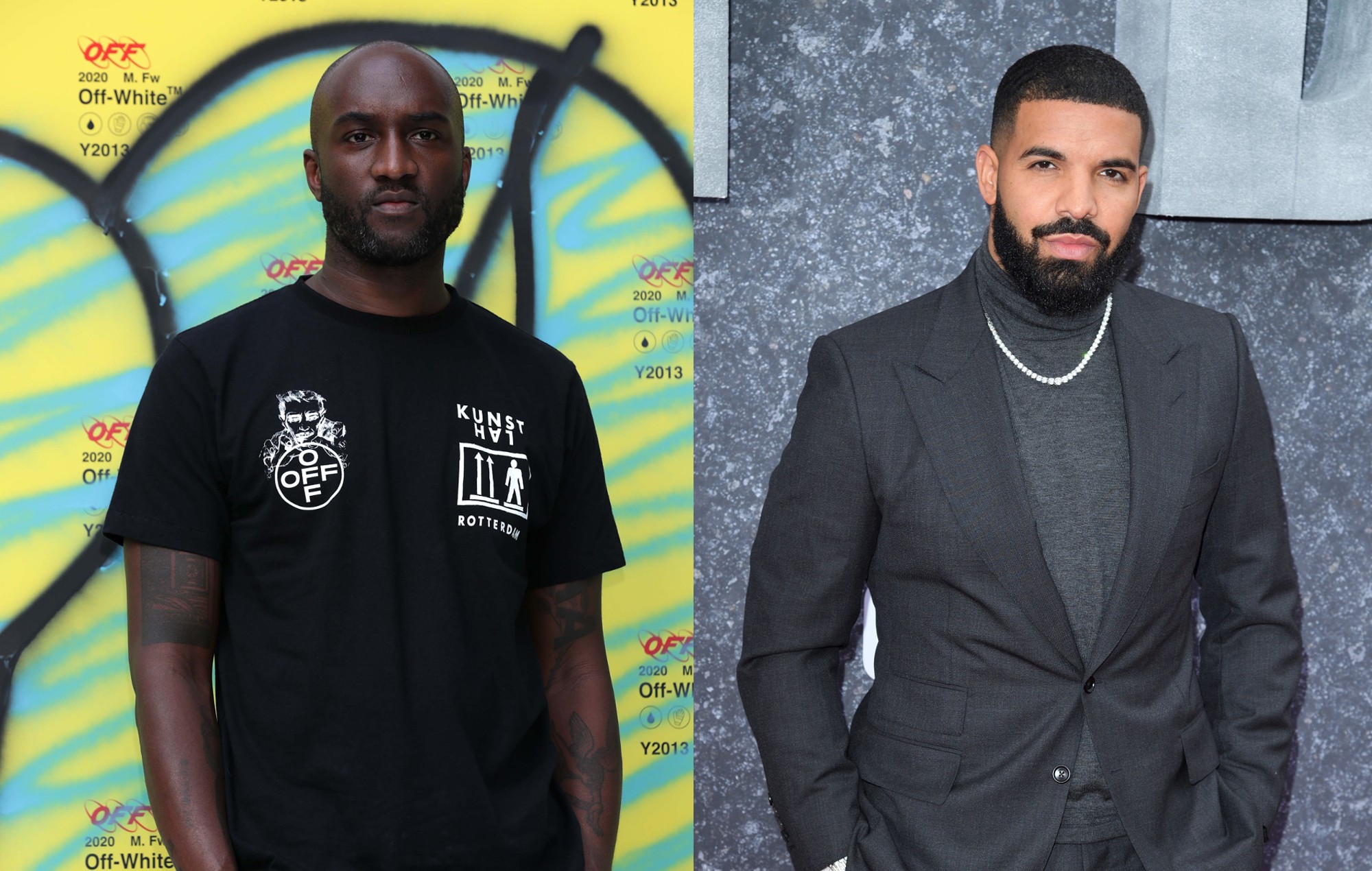 Drake has paid tribute to his late friend Virgil Abloh with a new tattoo.

The DJ and Louis Vuitton designer passed away in November at the age of 41, following a private battle with cardiac angiosarcoma, an aggressive form of heart cancer. In his honour, Drake got an image of Abloh launching a kite during the Louis Vuitton menswear show at the 2018 Paris Fashion Week immortalised on his forearm.

It was inked by Los Angeles artist Jaoquin Ganga, who shared an image of the artwork to his Instagram page yesterday (December 23) along with the caption: “A remembrance of the great Virgil Abloh done on Drake.”

Drake was among the many musicians who paid tribute to Abloh when news of his death broke.

thank you for everything,” he wrote alongside a carousel of photos.

Abloh’s funeral took place in Chicago, and was attended by Drake, as well as Kanye West, Tyler, The Creator, Kid Cudi, Kim Kardashian and many others.

In a touching tribute to the late designer, Tyler, The Creator wrote on social media: “Passion seeped through everything he did.”

“Sometimes, part of us sharing our wild ideas is to get approval from our peers to keep it pushing, but virgil was ALWAYS a cheerleader. For everyone. That hand of his opened doors, lead people in and tossed the keys outside for the next person to have. i wish i was able to see him see what his helping hand did for me. his spirit is around tho. i feel it. he’ll see it. i’ll keep pushing and trying things while leaving the door open. he’ll shake those pom-poms. we’ll keep that on loop. safe travels.”

Tyler, the Creator has penned a tribute to groundbreaking designer, DJ and Off-White founder Virgil Abloh, who died over the weekend at the age of…

A choir assembled for a moving rendition of Adele‘s “Easy on Me” at Kanye West‘s latest Sunday Service, which was dedicated to Virgil Abloh, his…

Virgil Abloh, who most-recently served as men’s artistic director of Louis Vuitton, died Sunday (Nov. 28) after a private battle with cancer. He was 41.…

Virgil Abloh, CEO of Off-White, artistic director of Louis Vuitton’s menswear collection, and DJ/producer, has died at the age of 41. Abloh was diagnosed with…