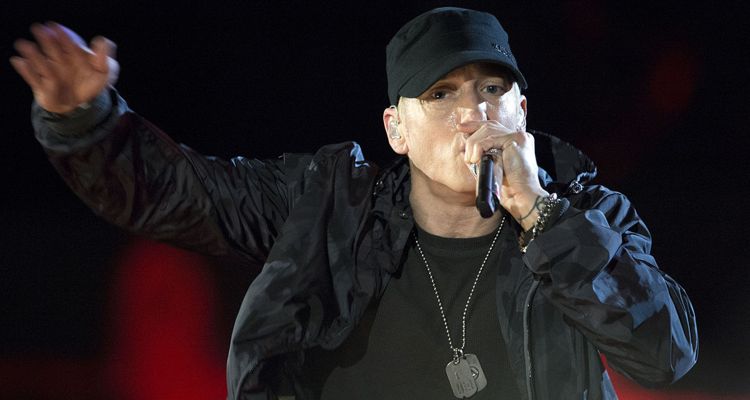 50 Cent recently revealed that he and Eminem received an offer of $9 million to perform at the FIFA World Cup Qatar 2022, but Eminem turned it down. During an interview with Big Boy’s Neighborhood on LA’s Real 92.3, 50 Cent explained that following their appearance during last year’s Super Bowl Halftime Show, FIFA World Cup event organizers approached the pair with an offer to perform — a single performance for millions of dollars.

“They had a budget of $9 million for it,” says 50 Cent. “I would have took $1 million, and the other $8 million would have been for him. For a one-off. I’m saying if you would do a one-off, maybe you would do the biggest live sporting event in the world.”

But after presenting the offer to Eminem’s manager Paul Rosenburg, 50 Cent explains that the Detroit native had no intentions of participating in the event, regardless of the amount offered.

While $8 million is nothing to balk at, Eminem has a history of turning down high-profile, big-budget offers throughout his career. He’s turned down numerous film roles, including The Fast and the Furious, Rival Gangs, and Southpaw, the latter of which was created specifically with him in mind.

Additionally, 50 Cent has revealed that he’s working on a television adaptation of Eminem’s 2002 film 8 Mile. Curtis Hanson directed the film, which starred Eminem as Jimmy, an aspiring rapper in Detroit whose journey was loosely based on his own experiences. Eminem’s hit single “Lose Yourself” was written for the film, which won an Oscar for Best Original Song. The rapper made a surprise appearance at the 2020 Academy Awards to perform the song.

“It’s going to be big. I ain’t got no duds. I’m batting a hundred,” 50 says of the television adaptation. He explains that the series “should be there for (Eminem’s) legacy because it’s important to me that (people) understand it.” According to 50 Cent, the series will expand on the film with a backstory that delves into the main character’s earlier years.

Link to the source article – https://www.digitalmusicnews.com/2023/01/11/50-cent-says-eminem-turned-down-9-million-to-play-the-world-cup/

More than 20 years after its cinematic release, 50 Cent is working on a television adaptation of Eminem‘s 8 Mile. The New York rapper – real name Curtis…

Photo Credit: Kyle Berryman An 8 Mile TV adaptation is in the works with Eminem involved, according to comments from 50 Cent.  The rapper recently…

Eminem turned down a significant sum to perform at the 2022 FIFA World Cup, according to 50 Cent. The tournament faced widespread criticism when it…

Eminem has shared his support after Boldy James was left seriously injured after a car accident. The Detroit rapper was involved in a two-car accident…