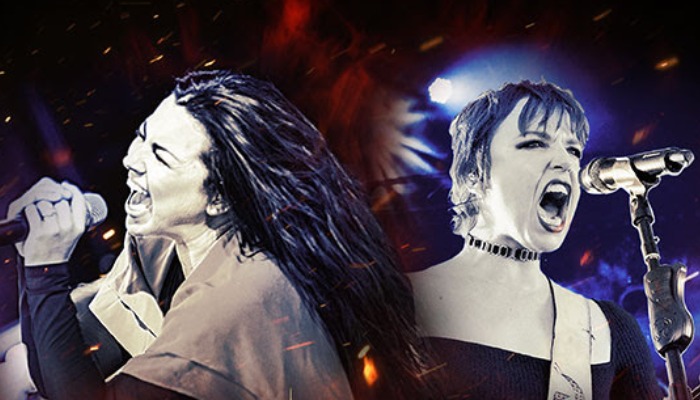 Evanescence and Halestorm have included additional dates in their upcoming fall tour across the United States.

The bands have added Denver, Tampa, Nashville and Minneapolis to their list of cities to perform in during the run.

The hard-rock powerhouses will commence their cross-country co-headlining tour Nov. 5 in Portland, Oregon, and will hit several cities before the tour’s conclusion Dec. 18 in Worcester, Massachusetts.

Throughout the tour, Evanescence and Halestorm will be joined by PLUSH and Lilith Czar.

The tour will also serve as a musical reunion of sorts as Evanescence and Halestorm have previously played together during Carnival of Madness’ 2012 lineup. Amy Lee also appeared on “Break In” from Halestorm’s 2020 Reimagined EP.

In a Pollstar article promoting the tour, Lee and Lzzy Hale expressed their excitement about performing together again as well as touring for the first time since the start of the COVID-19 pandemic.

“I can’t imagine a better kickoff,” Hale says. “If we’re going to go out for consecutive weeks on tour for the first time in a long time, I can’t imagine anything better than being with our friends.”

Tickets for the four new dates are on sale on both Evanescence and Halestorm’s websites.

You can check to see where Evanescence and Halestorm will be playing below.

* with PLUSH
^ with Lilith Czar

Link to the source article – https://www.altpress.com/news/evanescence-halestorm-fall-2021-tour-dates/

Opening acts have been announced for EVANESCENCE and HALESTORM‘s fall 2021 tour: PLUSH will be joining for the first leg, and LILITH CZAR will open…

EVANESCENCE and HALESTORM are returning to the concert stage in the U.S. this fall. Produced by Live Nation, the tour will kick off Friday, November…

After nearly 10 years since Evanescence put out a collection of new work, their latest release The Bitter Truth has catapulted them back into the…

EVANESCENCE and HALESTORM will share stages this fall with a new tour that brings together two of the hardest-rocking women in the genre, EVANESCENCE singer…

In a new interview with the 102.9 The Buzz radio station, EVANESCENCE singer Amy Lee, who moved to Nashville in 2019 after living in Brooklyn…