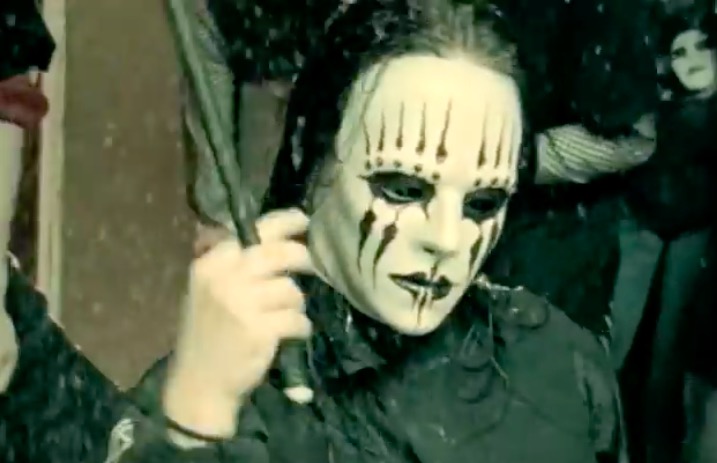 Joey Jordison, a founding member of Slipknot and a highly respected drummer, passed away on July 26. The artist, who also performed with Murderdolls, Scar The Martyr and Sinsaenum, was 46.

Alternative Press wishes to extend our love and support to Jordison’s family members, friends and fans who are mourning the visionary artist.

Following the news of his passing, many people issued messages acknowledging his friendship, his accomplishments as a drummer and his sizable influence on music.

In a statement, Jordison’s family expressed their sorrow, as well as their wish for privacy and peace.

“We are heartbroken to share the news that Joey Jordison, prolific drummer, musician and artist, passed away peacefully in his sleep on July 26th, 2021,” their statement reads. “He was 46. Joey’s death has left us with empty hearts and feelings of indescribable sorrow. To those that knew Joey, understood his quick wit, his gentle personality, giant heart and his love for all things family and music. The family of Joey have asked that friends, fans and media understandably respect our need for privacy and peace at this incredibly difficult time. The family will hold a private funeral service and asks the media and public to respect their wishes.”

Jordison performed with Slipknot at a pivotal moment in rock history. When they first emerged in the musical landscape, Slipknot’s vision was a singularity. More than unique, they lived and breathed percussion. Drums were integrated into their performances as well as their music in largely unprecedented ways. Slipknot enacted a stylistic revolution. Jordison set the tempo for that revolution, as the entire sound of each of the band’s songs was transformed by his playing.

Jordison’s influence reached out far beyond his recordings and performances. The outpouring of support and love expressed for Jordison reveals how much he left his mark—not only on music but on the real people behind the sounds.

Slipknot paid tribute to Jordison with a social media blackout. Many members of the group joined in, as well.

Jordison performed with a number of bands and also regularly collaborated with a wide range of artists. In their messages, Jordison’s peers emphasized his importance as both a talent and a friend. Matt Heafy of Trivium shared his respect for Jordison, acknowledging his influential voice in heavy music.

Rest In Peace to a legend of the music world. Joey’s contributions to music changed the face of heavy music on the planet as we know it.

This was a true honor to stand alongside 3 people who helped form me as a musician – as a peer, for roadrunner United. pic.twitter.com/2K0NXcXFKl

Scott Ian, co-founder of Anthrax, highlighted the personal dimensions of his relationship with Jordison. In an Instagram statement, he expressed his condolences to the artist’s family, as well as his enjoyment of his time playing with the musician.

Of course, few could bypass the scope of Jordison’s influence. Zach Myers of Shinedown emphasized his reach, writing on Twitter, “To say this dude created an entire generation of drummers would be maybe the biggest understatement ever made.”

Link to the source article – https://www.altpress.com/news/joey-jordison-memoriam/

Joey Jordison, the founding drummer and co-songwriter of Slipknot, has died at the age of 46. Jordison’s family announced the news in a statement. Jordison…

Slipknot released a moving tribute video to honor drummer Joey Jordison, who died on July 26 at the age of 46. The band’s 8-and-a-half minute…

Former SLIPKNOT drummer Joey Jordison has died at the age of 46. The news of his passing was broken in a statement from his family.…

SLIPKNOT has issued a statement regarding the passing of its former drummer Joey Jordison. The founding SLIPKNOT member’s family confirmed that Jordinson passed away “peacefully…

Monte Conner, the music industry veteran who signed SLIPKNOT to Roadrunner Records, has paid tribute to Joey Jordison, calling him “a truly groundbreaking character who…