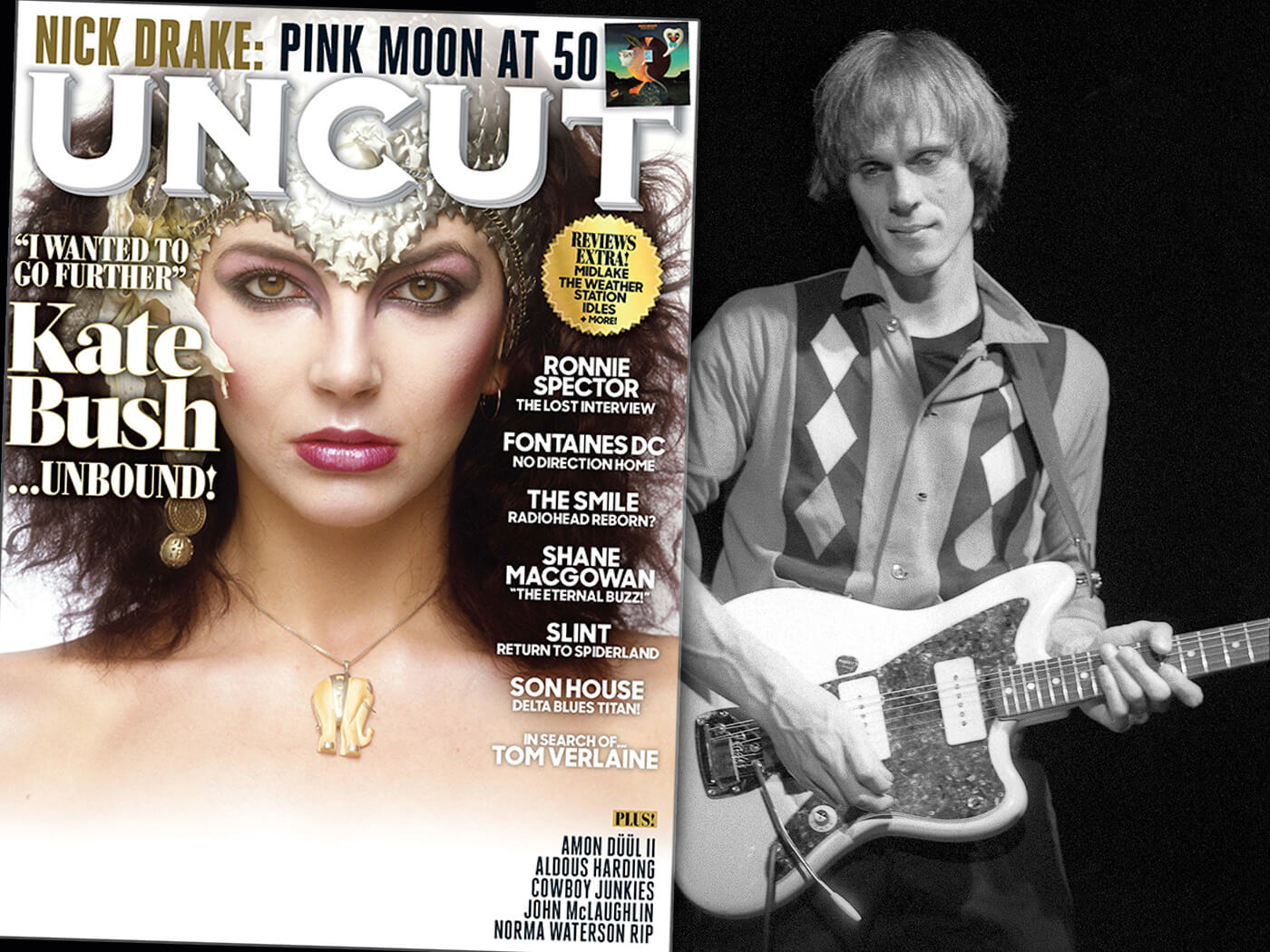 In December 2007, Television entered New York’s Stratosphere Sound to begin work on a new album. The band spent two or three days recording ideas, but the long-overdue successor to 1992’s Television stalled right there. According to the band themselves, it hasn’t been touched since.

“We did around 14 things,” reveals guitarist Jimmy Rip. “They don’t have vocals on them and there are no guitar solos, but they’re songs. And some of them are great, I really love them.”

Rip puts in a call to Television leader Tom Verlaine around the same time each year. It’s become something of an in-joke over the past decade or so, a larkish reminder of unfinished business. “In the week between Christmas and New Year, I’ll call Tom up and say, ‘Happy anniversary!’ He’ll say, ‘What are you talking about?’ I’ll go, ‘I’m talking about those tracks!’ But it’s never had any effect. He’s like, ‘Well, Jim. Some day old Tom will just have it all finished.’”

The prospect of new Television songs, however remote, is a tantalising one. Never mind their slim studio legacy – 1977’s monumental Marquee Moon, its luminous successor Adventure and the self-titled album from their early-’90s comeback – the vitality and significance of their work remains unbroken by the roll of time.

Verlaine’s solo career has followed similar lines. After Television’s initial split in the late ’70s, he began with a flurry of purpose, continuing deep into the next decade. But he slowed dramatically in the early ’90s, not long after Television’s brief first reunion. His last solo album arrived in 2006, prompting speculation that New York’s most mercurial guitar hero may have run out of things to say.

Songwriter, producer and author Lenny Kaye first met Verlaine in 1974. “He’s somewhat guarded,” he observes. “When I think of Tom, I have this image of him smoking a cigarette and peering out through the smoke with this inquisitive gleam in his eye. He’s not an effusive public persona and has never been into putting on the costume of rock stardom. I believe he’s remained pretty true to himself over all the years, just following his instincts.”

As for so many musicians, 2020 was a time of stasis and uncertainty for Rolling Blackouts Coastal Fever. The title of their third album, with…

Radiohead side project The Smile have shared their debut single, “You Will Never Work In Television Again” and announced three live shows. ORDER NOW: Paul Weller…