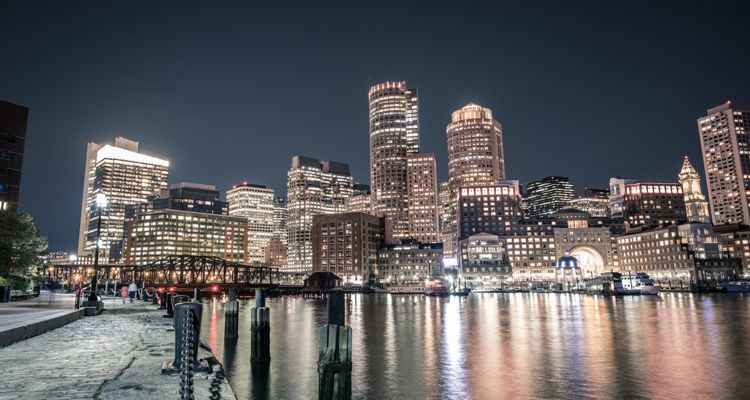 The Foo Fighters will headline the Boston Calling music festival as their first non-tribute gig following the death of drummer Taylor Hawkins.

Also headlining the annual three-day music festival are Paramore and the Lumineers. The Boston Calling festival happens Memorial Day Weekend on May 26-28. The Foo Fighters will headline the first night of the festival, followed by the Lumineers on May 27 and Paramore on the final day of the festival.

Following a series of tribute concerts last year to celebrate the life of Taylor Hawkins, this marks the band’s first appearance without him. Hawkins passed away unexpectedly in March 2022 while on tour in Colombia. On New Year’s Eve, frontman Dave Grohl wrote to fans letting them know the band would continue on without Hawkins, but keep his spirit alive.

“We know that you, the fans, meant as much to Taylor as he meant to you. And we know that when we see you again–and we will soon–he’ll be there in spirit with all of us every night,” the statement reads. So who will be drumming for the Foo Fighters now? So far it’s unclear. During the tribute concert for Hawkins, his young son joined the band to drum in his father’s place.

Tickets for the Boston Calling music festival go on sale on January 12 at 10 am EST. There are special prices for 3-day tickets for General Admission and VIP as well as single-day passes. There’s even a two-pack that offers mild savings on three-day passes.

Link to the source article – https://www.digitalmusicnews.com/2023/01/11/foo-fighters-gig-taylor-hawkins-boston-calling/

Foo Fighters have just announced a handful of performances for 2023, which will mark their first shows after vowing to continue on as a band after…

Foo Fighters have announced their first concerts of 2023. The band will perform at the Boston Calling Music Festival on May 26, the Sonic Temple Art…

Photo Credit: Raph_PH / CC by 2.0 The Foo Fighters will soldier on as a band without their legendary drummer Taylor Hawkins. The group released…

This May, Boston Calling will return to Massachusetts for an exciting three days. Ahead of the event, the festival has unveiled its 2023 lineup. Taking…