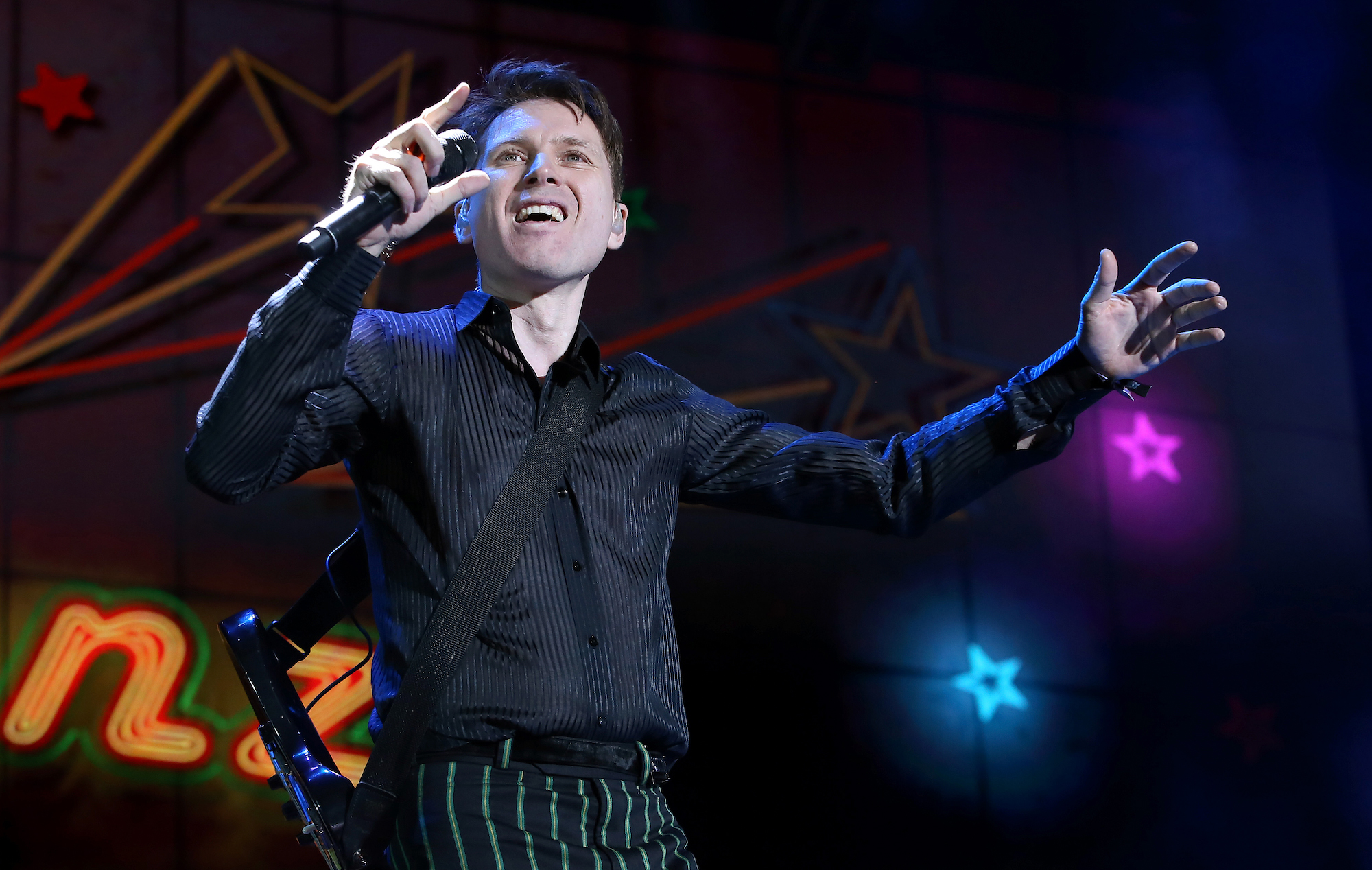 It appears that Franz Ferdinand are gearing up to return, with teasers pointing towards the release of a new single tomorrow.

Thus far, the band have posted two cryptic teasers to their social media, both linking fans to a mailing list. The first arrived last Saturday (October 30) with the caption, “Don’t forget the best bits.” It accompanied a 15-second video comprising monochromatic clips slicked over with a CRT filter, its visuals including a bottle of wine being shattered, a time-lapse of watch mechanism and a guitar being strummed.

Especially notable is that the song soundtracking the video doesn’t register with Shazam, but can identified on Spotify under a new artist The New Scottish Gentry. There, as Dork reported last week, you’ll find a 37-second track also titled ‘Don’t Forget The Best Bits’, with cover art matching a postcard that known Franz Ferdinand fans had received.

Take a look at Franz Ferdinand’s teaser below, then hear an extended preview of ‘Don’t Forget The Best Bits’:

Another teaser was posted to the band’s socials late last night (October 31), this time accompanied by the sound of a clock ticking. Spanning just eight seconds, the new video features imagery of a man suddenly losing his eyeball and staring into a cracked mirror, with the same clip of a boot stomping as is seen in the first teaser.

Although this teaser doesn’t offer a new preview of the song, it does come with a caption reading “November 2”, implying that the new song will see its full release tomorrow.

Take a look at the latest teaser:

When NME caught up with frontman Alex Kapranos last July, he told us he was “focussing more on Franz Ferdinand”, but noted: “I made a rule with myself after our third album that I would never say too much about it beforehand.

“What happens is that when you write and develop songs, it’s not a straight path. I did an interview before our third album [2009’s ‘Tonight’] where I described it as ‘extremely pop’ – but then we totally veered away from that. All I’ll say is that we have songs and I really enjoy playing them!”

If ‘Don’t Forget The Best Bits’ is indeed released tomorrow, it’ll come as the first Franz Ferdinand song not to feature founding drummer Paul Thomson. The longstanding sticksman left the band last month, writing in a statement that his run was “like a dream”.

Thomson’s replacement was named as Audrey Tait, who made her debut appearance with the band at a Balmain fashion show in France on September 29.

Franz Ferdinand have announced a UK and European headline tour for 2022 – see all the details below. ORDER NOW: Read the full feature on David…

Franz Ferdinand have cancelled their upcoming shows in Russia following the country’s invasion of Ukraine last week. The Scottish band have become the latest act…

Rex Orange County breaks through for his first U.K. No. 1 with Who Cares? (via Columbia), the alt-indie marvel’s fourth studio album, and second with…