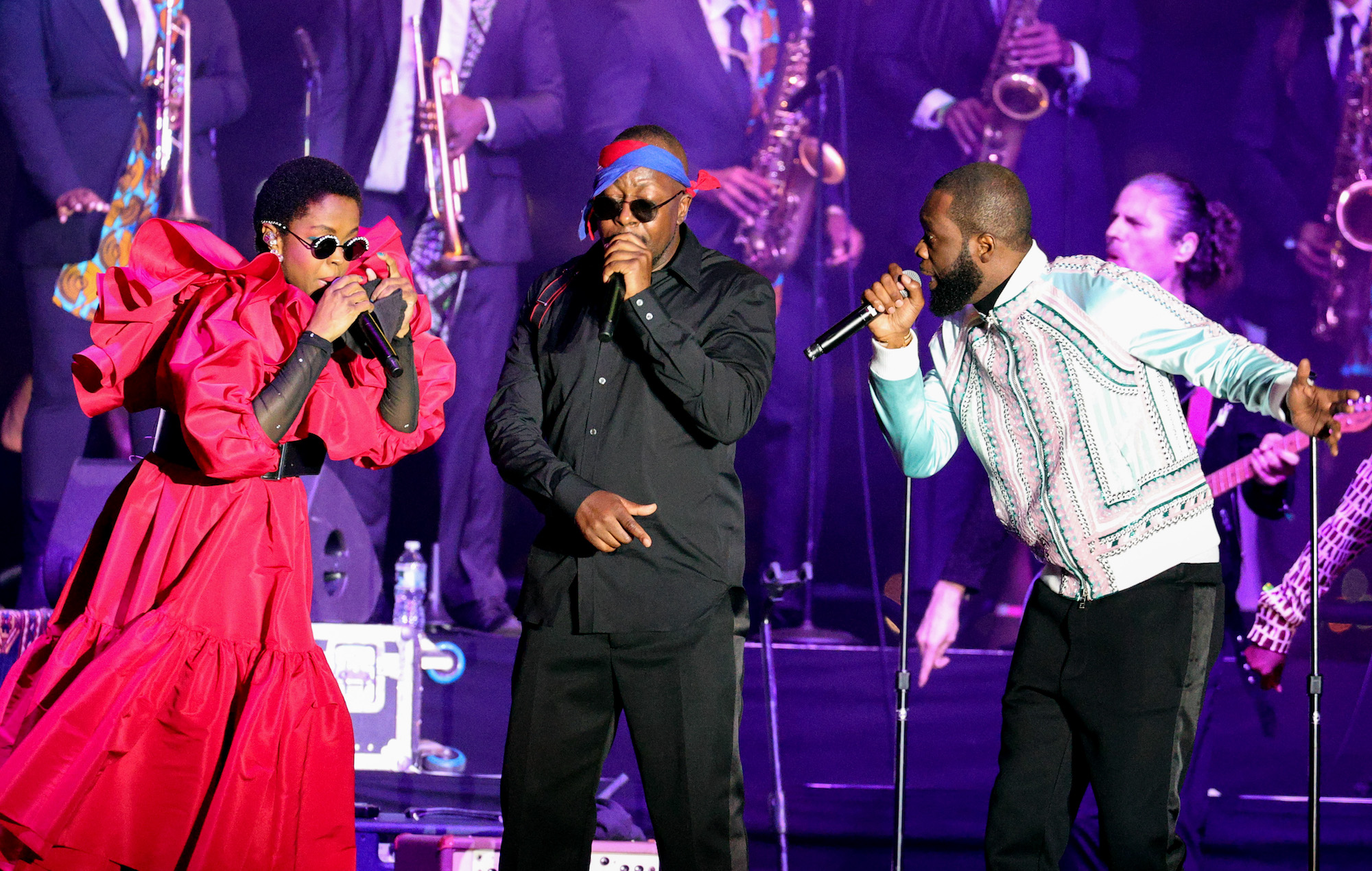 Fugees have announced that they have postponed their upcoming reunion tour.

The hugely influential hip-hop group – Ms. Lauryn Hill, Wyclef Jean and Pras Michel – announced in September that they would reunite for a 2021 world tour celebrating 25 years of their classic 1996 album ‘The Score’.

Today (October 29), the trio took to Instagram to inform fans that they will be rescheduling the run of dates to 2022 in order to ensure “the best chance that all cities on the tour will be fully open” following some of them being restricted due to COVID measures being put in place.

“Dates for our upcoming Fugees 25th Anniversary Tour are moving to early 2022 to ensure the best chance that all cities on the tour will be fully open so we can perform for as many fans as possible,” said the band’s statement.

Fugees added that once the tour is rescheduled they will be adding a number of new dates. “With so much excitement around the reunion tour, we are also happy to announce that we will be adding more cities and dates!” they said. “Full details coming soon along with some SPECIAL announcements!”

The tour’s rescheduled dates have not yet been revealed.

The series of worldwide arena shows were set to begin next month including a show scheduled for December 6 at The O2 in London.

Ahead of the tour kicking off, the band gave fans a taste of what they could expect with a special pop-up show at The Rooftop at Pier 17 venue in New York City on September 22.

At the show, the trio played a nine-song set featuring a host of tracks from ‘The Score’ as well as their famous version of Lori Lieberman’s ‘Killing Me Softly With His Song’ and Bob Marley & The Wailers classic ‘No Woman, No Cry’, which closed the set.

“The Fugees have a complex but impactful history,” Ms. Lauryn Hill said of the group in a statement at the time of the reunion announcement. “I wasn’t even aware the 25th anniversary had arrived until someone brought it to my attention.

“I decided to honour this significant project, its anniversary, and the fans who appreciated the music by creating a peaceful platform where we could unite, perform the music we loved, and set an example of reconciliation for the world.”

Earlier this month it was reported that Fugees‘ upcoming international tour dates could be in jeopardy due to an ongoing legal case involving band member Pras.

Photo by B+ Ms. Lauryn Hill, Wyclef Jean, and Pras Michel have announced the long-awaited Fugees reunion tour has been officially canceled. The tour was…

Photo by B+ Fans will have to wait another year for The Fugees highly anticipated reunion tour. News broke on Oct. 29 that the soul-rap…

Photo by B+ Fans will have to wait another year for The Fugees highly anticipated reunion tour. News broke on Oct. 29 that the soul-rap…