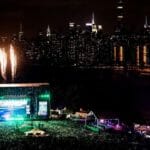 After rescheduling their annual June weekend to September 24 – 26, Governors Ball now has their complete fall bill in hand, making the move from Randall’s Island over to Citi Field for their 10th anniversary celebration.

Tickets for Governors Ball’s 2021 iteration will go on sale here, beginning at 12:00 PM EST on Thursday, May 6.

Link to the source article – https://dancingastronaut.com/2021/05/governors-ball-secures-rufus-du-sol-duck-sauce-post-malone-and-more-for-10th-anniversary-lineup/

The Governors Ball is back with a brand new 60+ artist lineup for its 10th anniversary event. With new dates, new stage design and a…

After being canceled last year due to the COVID-19 pandemic, Governors Ball is back with a brand new lineup and venue for 2021. If you…

Festival lineups have been rolling out with a fierce tenacity these past few weeks, as concert-goers are finally seeing dancefloors open up across the globe…

It has been nearly a year since the launch of RÜFÜS DU SOL‘s Rose Ave Radio series, formally installed on May 4. Since announcing the…

RÜFÜS DU SOL have announced an upcoming performance at Banc of California Stadium in Los Angeles November 12, 2021. The concert will mark the trio’s…