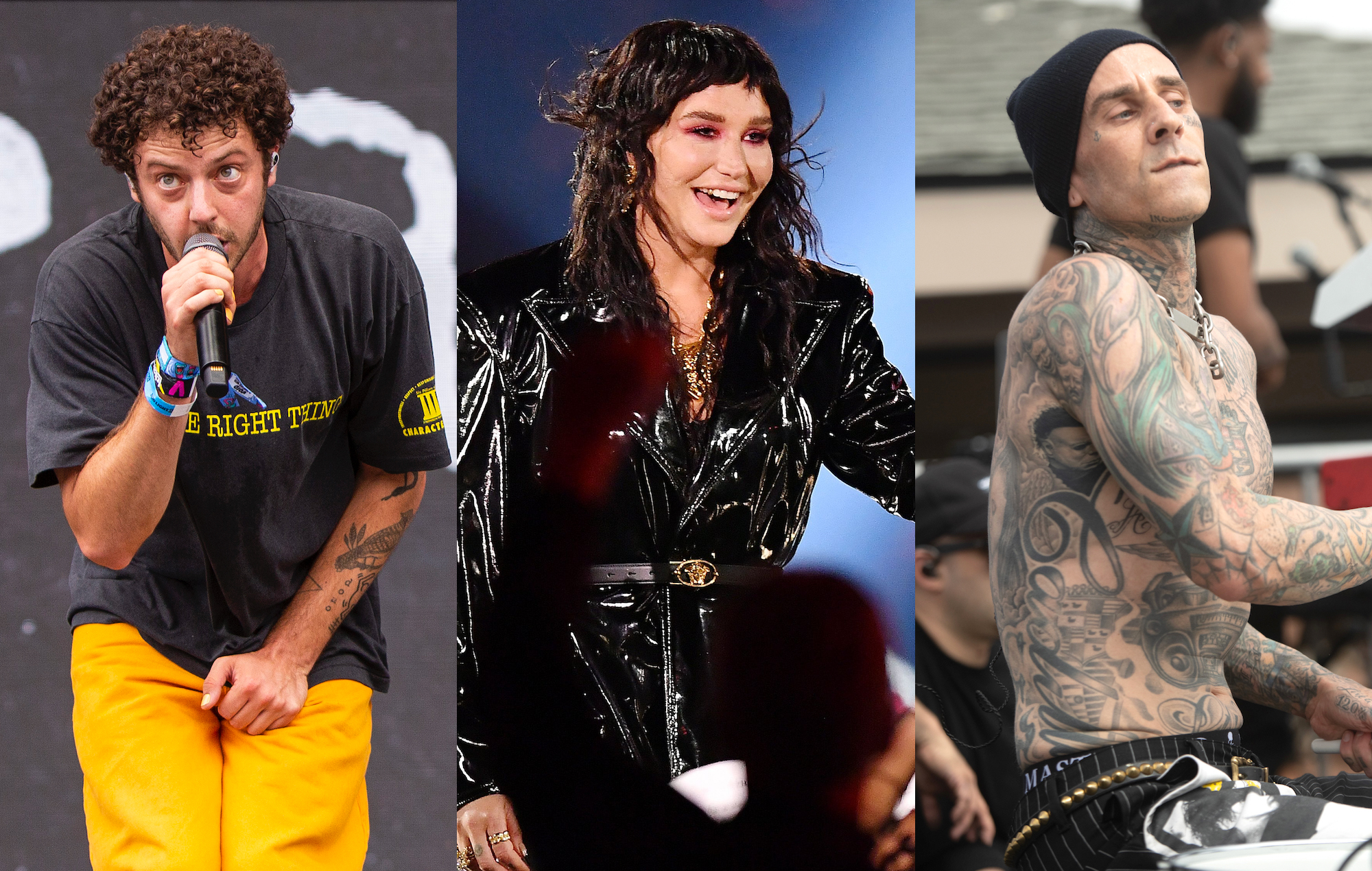 Barker’s input shines especially towards the end, with a punchy breakdown twining his kick-heavy beats around a tearing riff. Benjamin and Kesha share the bulk of the track’s vocals, bouncing off each other with lively musings on how they’d “rather drop dead than be a quitter”.

It comes alongside a video reflective of the track’s empowering themes, following a furry monster on his journey from an alcoholic wreck to a fitness-loving beacon of positivity. The video was directed by Andrew Sandler, who breaks up the narrative with clips of Benjamin and Kesha jamming out over the track.

Take a look at the music video for ‘Drop Dead’ below:

In a press release, Benjamin explained that he wrote ‘Drop Dead’ in 2020, working closely with Barker and longtime collaborator Kevin Hissink to chronicle his own journey of “making peace with the fact that things don’t always end like the movies”.

He continued: “Being brave and standing for what you believe won’t always end looking the way you hope it will, with the crowd cheering and the end credits rolling. [I had to] accept my inevitable shortcomings, deal with the imperfections of life, and get to work being the best version of yourself.”

Kesha also spoke on the recording experience, saying she “loved working on this song with Grandson and Travis” and noted that she “immediately related to the energy of it”. She described the track as “a self-aware, defiant anthem of proud wild imperfection”, continuing: “It’s a ‘give no fucks, judge me I don’t care, this is me take it or leave it, and while you’re at it, get out of my way’ song.

“It’s always so special to be able to collaborate with an artist who knows who they are, and Jordan’s message of honesty and unapologetically being who he is, aligns so much with who I am. Shooting the video was a shit show mess of fun. grandson’s energy is high-vibe all the way and we really had as much fun as it looks.”

‘Drop Dead’ is set to appear on a deluxe reissue of Benjamin’s debut album as Grandson, ‘Death Of An Optimist’. The expanded record will land on December 3 via Fueled By Ramen, coming one day shy of its original version’s one-year anniversary.

Though a full tracklist for the deluxe version is yet to land, it’ll also feature the Jessie Reyez collaboration ‘Rain’, which was first shared as part of the soundtrack for The Suicide Squad.

The post Grandson teams up with Kesha and Travis Barker for uplifting new single ‘Drop Dead’ appeared first on NME.

Link to the source article – https://www.nme.com/news/music/grandson-teams-up-with-kesha-and-travis-barker-for-uplifting-new-single-drop-dead-3083302?utm_source=rss&utm_medium=rss&utm_campaign=grandson-teams-up-with-kesha-and-travis-barker-for-uplifting-new-single-drop-dead

What an absolute banger this is. Grandson has revealed the first piece of what will make up the deluxe version of his debut album ‘Death…

Look back on the release of a stunning record a year on. grandson has celebrated a year of his debut album ‘Death Of An Optimist’…

A powerful statement from two of the best. Tom Morello recently released ‘The Atlas Underground Fire’, his latest collection of genre-defying collaborations. One of those…

Mark Hoppus has taken to the stage to perform live for the first time since announcing that he’s cancer-free. READ MORE: NSFW! Blink-182’s rudest ever…