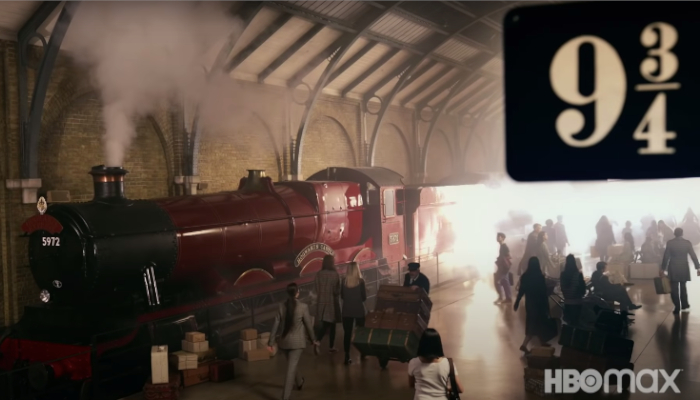 A new official trailer for the upcoming Harry Potter reunion special is out, giving a preview of which cast members will make their return to Hogwarts.

Harry Potter 20th Anniversary: Return To Hogwarts will see the original cast members reunite for a retrospective look at the film franchise. From the new trailer, we now know a number of iconic cast members will be making their return.

The new teaser opens with a quick shot of the Hogwarts clock tower and the Daily Prophet that reads “Hogwarts welcomes back alumni.”

Then, we get glimpses of the cast opening invitations for the big reunion. Robbie Coltrane, who portrays Hagrid, is sitting in a coffee shop when he receives his letter. Matthew Lewis, known for his role as Neville Longbottom, is next to acquire his invitation. Then, Mark Williams, who plays Mr. Weasley, is standing aboard the Hogwarts Express.

Going in for extra nostalgia, we see Platform 9 ¾ briefly shown. In what appears to be Emma Watson, a female sporting a hat is seen walking familiarly among the bustling scene. The trailer closes with a shot of the Hogwarts Express pulling into the platform.

Watch the first trailer below!

Link to the source article – https://www.altpress.com/news/harry-potter-20th-anniversary-cast-reveal/

In November 2001, the first Harry Potter film adaptation made its big-screen debut. Now 20 years later, the cast is reuniting for a nostalgic look…

Harry Potter fans were finally given a first glimpse at Fantastic Beasts: The Secrets Of Dumbledore. As part of a trailer celebrating the series’ 20th…

A new trailer for The Matrix Resurrections is out now, giving fans a deeper look into the film’s plotline and giving answers to a number…

Harry Potter and the Cursed Child star James Snyder has been fired from the Broadway show following an independent investigation sparked by a complaint from his co-star.…