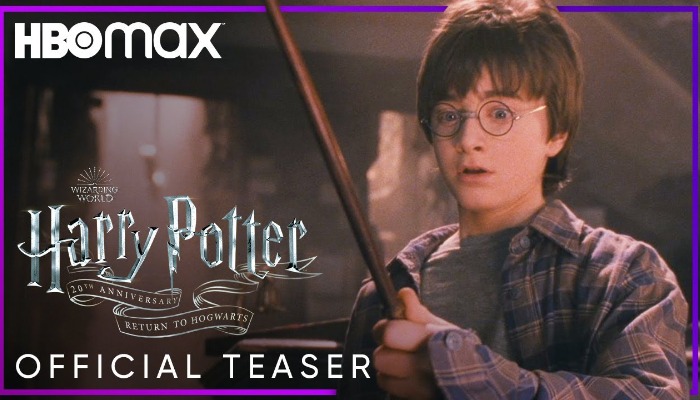 In November 2001, the first Harry Potter film adaptation made its big-screen debut. Now 20 years later, the cast is reuniting for a nostalgic look back at what made Harry Potter And The Sorcerer’s Stone stand the test of time.

To celebrate the film’s anniversary, actors Daniel Radcliffe, Emma Watson and Rupert Grint are joining director Chris Columbus to dissect the making of the film. The retrospective special is arriving to HBO Max on New Year’s Day, Jan. 1, 2022.

Read more: Daniel Radcliffe reveals who he wants to play in a ‘Harry Potter’ reboot

Harry Potter 20th Anniversary: Return To Hogwarts is expected to “tell an enchanting making-of story through all-new in-depth interviews and cast conversations,” according to HBO Max.

The reunion “will honor the magic behind the making of the films and the beautiful family created at Warner Bros. Studios London two decades ago,” states HBO Max. “It will also celebrate the unparalleled legacy of the Harry Potter film franchise and its indelible impact on the hearts, minds, and imaginations of families and fans around the world.”

Along with the lead actors, many alumni of the film franchise are also set to join the special, including Helena Bonham Carter, Tom Felton and Gary Oldman, to name a few.

For those not subscribed to HBO Max, the special is set to air on TBS and Cartoon Network in the spring of 2022, ahead of the debut of Fantastic Beasts: The Secrets Of Dumbledore.

Watch the official teaser below!

Link to the source article – https://www.altpress.com/news/harry-potter-20th-anniversary-reunion-trailer/

A new official trailer for the upcoming Harry Potter reunion special is out, giving a preview of which cast members will make their return to…

Harry Potter fans were finally given a first glimpse at Fantastic Beasts: The Secrets Of Dumbledore. As part of a trailer celebrating the series’ 20th…

Culture But first, he’ll portray Weird Al Yankovic in an upcoming biopic. April 8, 2022 Daniel Radcliffe has portrayed a wide range of characters throughout…

Warner Bros. has revealed the latest trailer for Fantastic Beasts: The Secrets of Dumbledore. This is the third movie from the Harry Potter prequel franchise.…