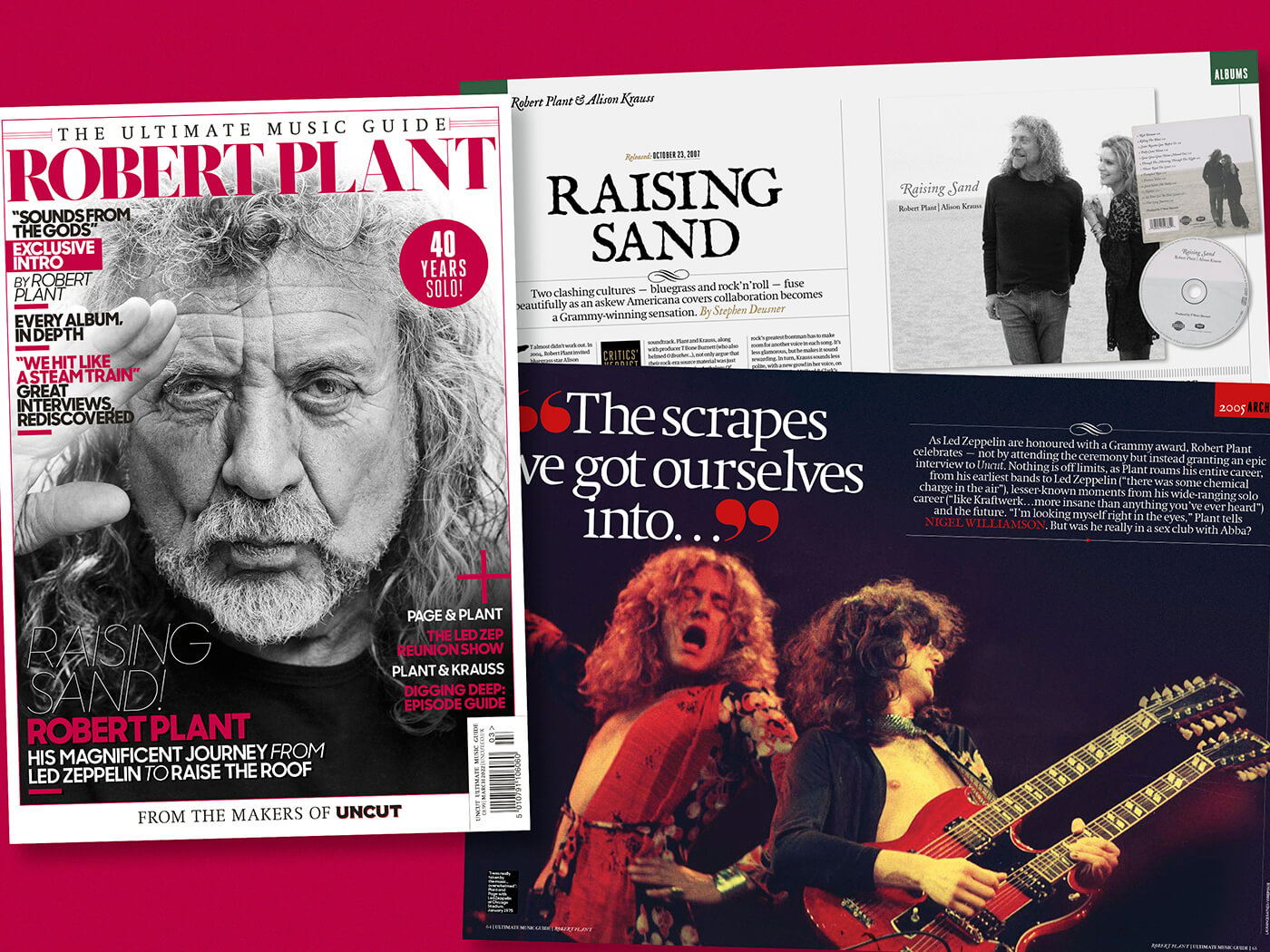 How do you follow Led Zeppelin? That’s a question that Robert Plant gamely engages with in his exclusive introduction to our Ultimate Music Guide to his magnificent solo career. The Led Zeppelin he departed after the death of drummer John Bonham in 1980 was, he says, very different to the band he joined in 1968.

“There were pretty radical changes between, 1968-1977,” he writes. “By the time we got to In Through The Out Door it was a totally different Zeppelin.”

No getting around it, the musical change that he’d participated in during that time was pretty extraordinary. From their origin in heavy blues rock, the Zeppelin oeuvre had grown to accommodate traditional folk, north African music, and latterly, even groovy synthesizers. Change having served him pretty well to this point, Plant saw no reason not to continue embracing it when he embarked on his solo career in earnest. “I’d always thought the music had to keep on morphing,” he says.

This, as you’ll read in the in-depth reviews and entertaining archive features (sample quote: “I never asked to be the king of cock rock”) in our premium 124-page issue is something that Robert has managed to achieve. Having taken steps to reconcile himself with the achievements of his previous band, Plant as he puts it has been “free to fail” while pursuing his own direction. He has embraced the 1980s, synths, reverb, suit jackets and all. He has drawn strength from his psychedelic roots. He has convened with the Queen of Bluegrass, Alison Krauss, to make next-level, 21st century Americana.

Along the way, he has even found the appropriate occasion to meet again with Jimmy Page. First, the guitarist made a couple of guest appearances on Plant records of the 1980s. Then in the 1990s, Page presented himself with “dark and lustrous” new music which fuelled the inventive, largely acoustic first Page & Plant album, No Quarter and its follow-up Walking Into Clarksdale, recorded with engineer Steve Albini. By 2007, and following the release of Raising Sand, Plant was ready to commit to a Led Zeppelin reunion – if only for one fantastic show at the London O2 Arena. Who knows what the 2020s may hold for the pair?

Whatever happens, Plant’s story has many more chapters in it. “Zeppelin was magnificent, you can’t compete with that – it was so fresh, explosive and lyrical and young,” he tells us. “But these last two records are something I feel really good about: for a man of my years, a man who didn’t let go. When someone delivers a good landscape of sound, you want to be in it and around it, so that you can absorb it into your story…”

Buy a copy of the magazine here. Missed one in the series? Bundles are available at the same location…

What next, after fronting the most successful rock band of all time? If you’re Robert Plant, you embark on a bold musical journey, now 40…

Singer was “intimidated” by the “excellence” of Jimmy Page and John Paul Jones. Continue reading… Link to the source article – https://ultimateclassicrock.com/robert-plant-joined-led-zeppelin/

Drummer recalls being unsure how to talk to singer about iconic band before “very cool moment.” Continue reading… Link to the source article – https://ultimateclassicrock.com/robert-plant-favorite-led-zeppelin-song/