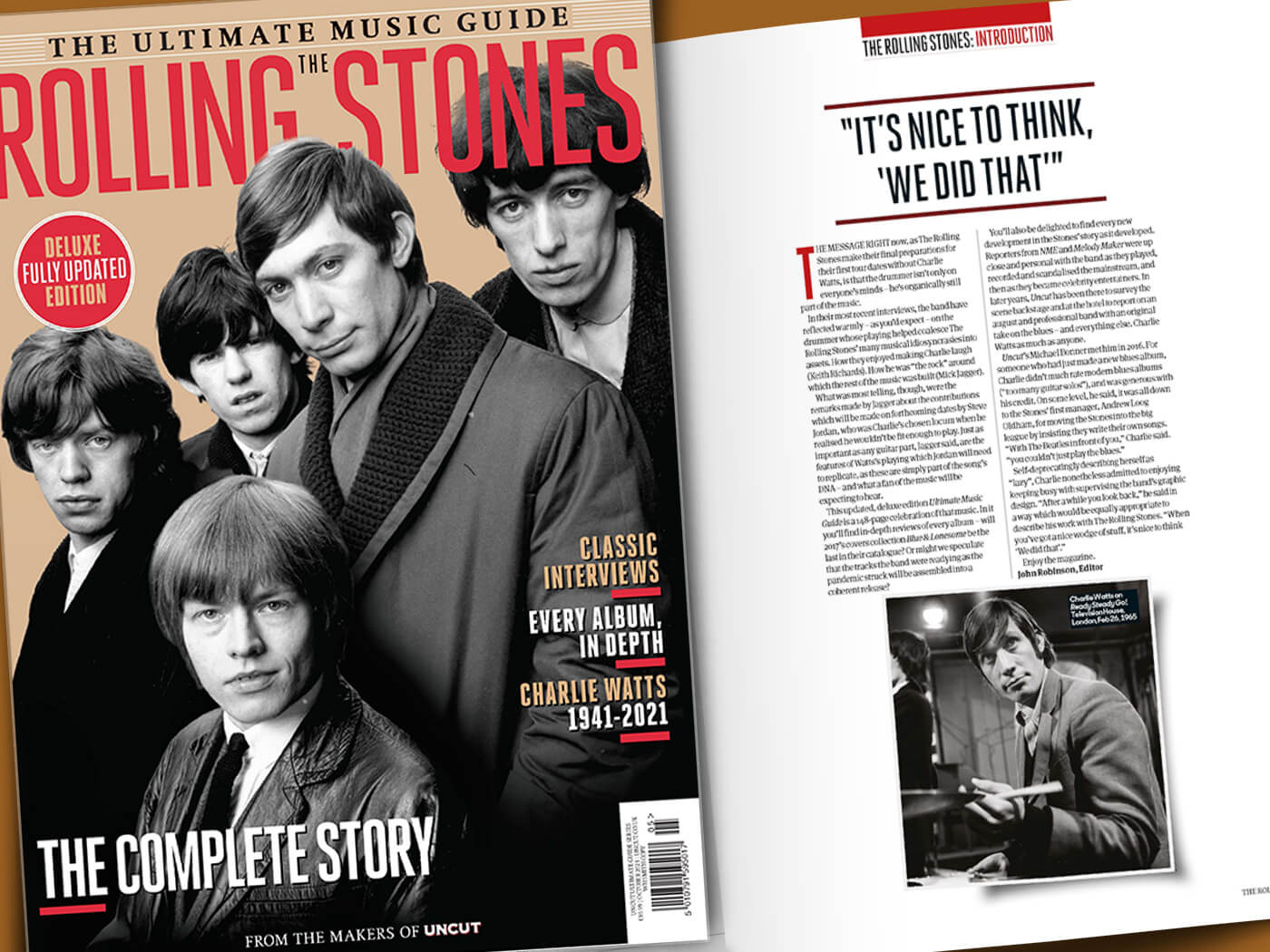 The message, as the Rolling Stones play their first tour dates without Charlie Watts, is that the drummer isn’t only on everyone’s minds – he’s organically still part of the music.

In their most recent interviews, the band have reflected warmly – as you’d expect – on the drummer whose playing helped coalesce the Rolling Stones’ many musical idiosyncrasies into assets. How they enjoyed making Charlie laugh (Keith Richards). How he was “the rock” around which the rest of the music was built (Mick Jagger).

What was most telling, though, were the remarks made by Jagger about the contributions which will be made on forthcoming dates by Steve Jordan, who was Charlie’s chosen locum when he realised he wouldn’t be fit enough to play. Just as important as any guitar part, Jagger said, are the features of Watts’s playing which Jordan will need to replicate, as these are simply part of the song’s DNA – and what a fan of the music will be expecting to hear.

This updated, deluxe edition Ultimate Music Guide is a 148-page celebration of that music. In it you’ll find in-depth, updated reviews of every album in their mighty catalogue. And also some tacit questions: will 2017’s covers collection Blue & Lonesome be their last? Or might we speculate that the tracks the band were readying as the pandemic struck will be assembled into a coherent release?

You’ll also be delighted to find every new development in the Stones’ story as it developed. Reporters from NME and Melody Maker were up close and personal with the band as they played, recorded and scandalised the mainstream, and then as they became celebrity entertainers. In later years, Uncut has been there to survey the scene backstage and at the hotel to report on an august and professional band with an original take on the blues – and everything else. Charlie Watts as much as anyone.

Uncut’s Michael Bonner met him in 2016. For someone who had just made a new blues album, Charlie didn’t much rate modern blues albums (“too many guitar solos”), and was generous with his credit. On some level, he said, it was all down to the Stones’ first manager, Andrew Loog Oldham, for moving the Stones into the big league by insisting they write their own songs. “With the Beatles in front of you,” Charlie said. “you couldn’t just play the blues.”

Self-deprecatingly describing herself as “lazy”, Charlie nonetheless admitted to enjoying keeping busy with supervising the band’s graphic design. “After while you look back,” he said in a way which would be equally appropriate to describe his work with the Rolling Stones, and “when you’ve got a nice wodge of stuff, it’s nice to think ‘We did that’.”

The post Introducing the Ultimate Music Guide to The Rolling Stones appeared first on UNCUT.

The definitive guide to the greatest rock’n’roll band in the world. Classic interviews rediscovered. Every album reviewed in depth. Satisfaction: guaranteed. Buy a copy here!…

THE ROLLING STONES will go ahead with their previously announced U.S. tour next month despite the recent passing of drummer Charlie Watts. Mick Jagger, Keith…

“He was a very reliable person, wasn’t a diva,” singer said of late bandmate. “That’s the last thing you want in a drummer.” Continue reading……

“We all miss Charlie so much,” Mick Jagger said before leading the crowd in a toast. Continue reading… Link to the source article – https://ultimateclassicrock.com/rolling-stones-charlie-watts-tribute/