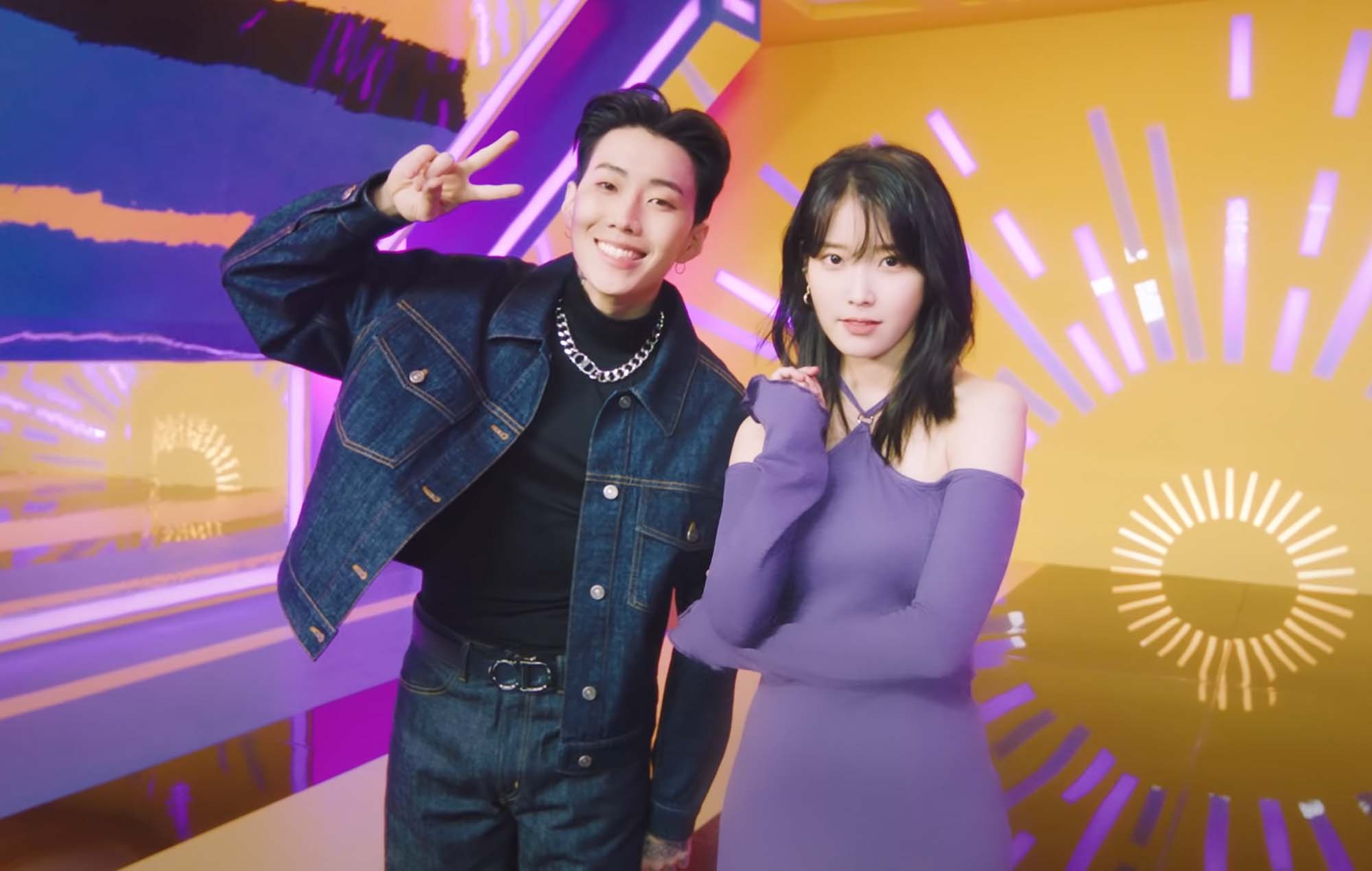 Jay Park has dropped his new single ‘Ganadara’ in collaboration with IU, the first release under his newly launched label More Vision.

The clip opens with Jay Park discussing the collaboration with IU on his team, who tell him that they had been experience problems contacting the singer for the project due to a packed schedule.

Jay Park says he can contact her himself, since they’re “super close”. The shoot for the music video then starts off as planned, but when its time for IU to film her parts, the singer goes uncontactable.

Park then resorts to a bunch of comical substitutes – such as using a cardboard cutout, dressing a mannequin to look like IU and creating a 3D render of the singer – before she surprises the rapper on set, with the crew celebrating behind the cameras.

Last week, Park launched New Vision with an introduction video that took the form of an interview with the singer-rapper. “I kept running no matter how tired I was because I wanted to create a better environment and better life for the people I love,” he said, before sharing his vision of a company.

Park then concludes the video with his mission for More Vision: “I want to create something that will be loved by the world even more than before.”

The establishment of More Vision came less than two months after Park stepped down as CEO of both AOMG and H1GHR Music, two labels which he had founded in the 2010s. However, Park noted that he will “remain as an advisor for both labels and we will continue to be a family and a crew”.

The post Jay Park dances with a cardboard cutout of IU in ‘Ganadara’ MV appeared first on NME.

IU has revealed that she thought ‘Ganadara’, her collaboration with Jay Park, would never come out because of how long it took to be released.…

Korean-American singer-rapper Jay Park has announced his decision to step down as the CEO of South Korean labels AOMG and H1GHR MUSIC. READ MORE: The…