Rock And Roll Hall Of Fame inductee and JOURNEY bandmember Jonathan Cain has released a new six-song EP, “Oh Lord Lead Us”, via Identity Records with The Fuel Music distribution. The EP precedes Cain‘s upcoming and sixth solo album in as many years (release date to be announced) and continues this iconic artist’s offerings of faith-inspired new music.

Following the release of his biggest solo hit to date with the title track “Oh Lord Lead Us”, Cain‘s new EP is a beautifully crafted musical invitation to prayer, renewal and commitment.

“It’s not just ‘I go to church,’ it’s a love exchange, a love surrender,” shares Cain, who leads worship weekly at City Of Destiny where his wife, Paula White-Cain, is the senior pastor. “We have a 24/7 God, and every year we need to reestablish a covenant with our faith and recommit with praise, worship and prayer. The more you can commit, the more blessed you will be.”

Cain, who is earning his pilot’s license, likens it to flying an airplane. “You can’t just halfway be a pilot, you have to be all in.”

Sharing his personal faith story along with new music in December on the debut episode of the Pure Flix show “Rockin On Heavens Door”, Cain‘s “Oh Lord Lead Us” will also serve as the show’s theme song, opening each episode that is set to feature other well-known musical guests.

In addition to the title song, “Oh Lord Lead Us” includes “Something Greater”, named after and inspired by his wife’s acclaimed book, and the American Songwriter-premiered “Beautiful Thunder”.

“There’s a conversation going on up there as sound waves roll across the land,” thought Cain as he watched a recent storm near his home in Florida. “You can feel the earth shake, the ground beneath your feet rolling. It’s one of the only places you can see power like that. This is a way that God can get to us, how He got to me. Next time people hear a thunderstorm, I hope they think of this song.”

With more solo music, a songwriting event and a Christmas concert to be announced in the near future, Cain, with his band JOURNEY, closed the second and final night of the iHeartRadio Music Festival in Las Vegas September 18 in an iHeart-lauded “epic performance.” Featured this week in The Wall Street Journal, Cain also led worship during the Unleashed Conference hosted by Paula White Ministries (Sept. 30 – Oct. 3).

Cain is further host of the “Anchored” podcast, sharing his heart on topics of faith, family, marriage, manhood and music, and is featured on his wife’s television shows “Paula Today” and “Faithfully” seen on the Life Network For Women and Daystar Television.

Releasing five solo albums over the last several years, including his 2019, Billboard-featured “More Like Jesus” that Parade calls a “triumphant new album,” the solo recordings follow a long line of hits that bear this iconic artist’s signature. As a member of JOURNEY, Cain has written or co-written such massive radio hits as the best-selling catalog rock song in iTunes‘ history, “Don’t Stop Believin'”, “Who’s Crying Now”, “Open Arms”, “Faithfully” and many more. 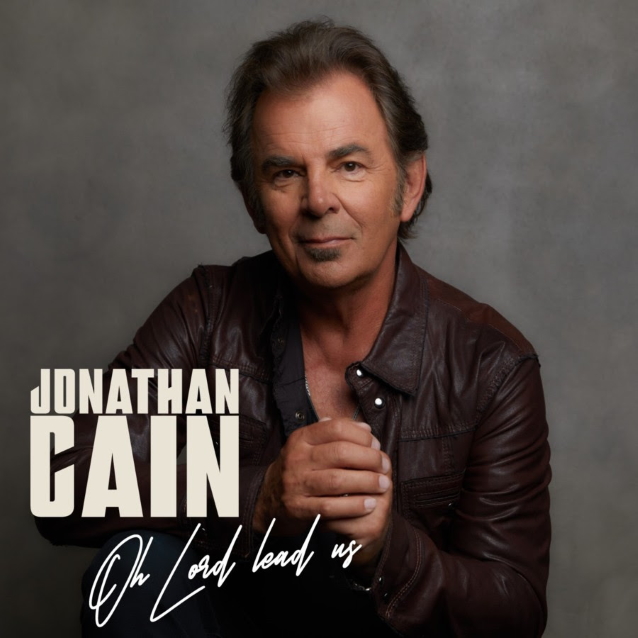 Link to the source article – https://www.blabbermouth.net/news/journeys-jonathan-cain-invites-prayer-renewal-and-commitment-on-oh-lord-lead-us-ep/

Rock And Roll Hall Of Fame inductee and JOURNEY bandmember Jonathan Cain has released the official lyric video for the song “Beautiful Thunder”. The track…

Rock And Roll Hall Of Fame inductee and JOURNEY bandmember Jonathan Cain has just released his new solo album, “Arise”, via Identity Records with The…

JOURNEY keyboardist Jonathan Cain has told ABC Audio that his latest faith-based solo album, “Arise”, reflects his general unhappiness with the direction the U.S. has…

He says ‘Freedom’ will have some “surprises,” but don’t expect to hear the songs on band’s current tour. Continue reading… Link to the source article…