Joy McKean is the 2021 recipient of the Ted Albert Award for Outstanding Services to Australian Music, one of the music industry’s highest honours.

A trailblazing country artist, McKean composed some of the genre’s most celebrated songs from ‘The Biggest Disappointment’ to ‘Ringer from the Top End,’ ‘Walk a Country Mile’ and ‘Indian Pacific’.

The “grand lady” of Australian country wrote ‘Lights on the Hill,’ an award-winning hit for her husband Slim Dusty, whom she married in 1951. Many others have covered the song, including Keith Urban.

In a career spanning more than 70 years, McKean has collected seven Golden Guitar awards, she’s a two-time inductee into the Australasian Country Music Roll of Renown and winner of the Industry Achiever Award, bestowed on her by the Country Music Association of Australia, which she co-founded back in 1992.

“I am honoured indeed to be chosen as the 2021 recipient of the prestigious Ted Albert Award,” McKean comments. The award, she admits “was most unexpected, and I thank those who must have nominated me for such consideration by APRA.”

In 1991, McKean was awarded the Medal of the Order of Australia (OAM) for “service to the entertainment industry”.

“After what has been a lifetime of working in the music industry, and loving just about every minute of it,” she says of the Ted Albert Award, “I find it fascinating to reflect on the changes that have taken place. I’ve seen a lot of them, and no doubt there will be many more than I will ever see.” 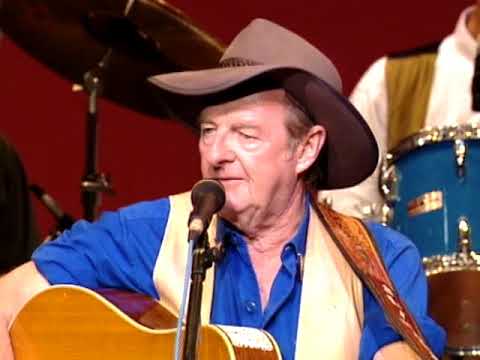 The country great will be recognised during the 2021 APRA Music Awards, to be held 28th April at the International Convention Centre Grand Ballroom on Darling Harbour as a live industry event.

Joy will be in the room on the night to accept, reps say.

McKean is one of two recipients of the Ted Albert Award this year. The other honoree is the late Helen Reddy, who was to receive the honour in 2020 until COVID changed those plans.

It’s already proven a successful outing for British pop superstar Dua Lipa, who nabs an award prior to the big night. Lipa lands the circular trophy for Most Performed International Work for ‘Don’t Start Now,’ which she co-wrote with Caroline Ailin, Ian Kirkpatrick and Emily Schwartz.

As previously reported, Amy Shark, Kevin Parker and Guy Sebastian are among the multiple nominees for the 2021 APRAs, hosted by Julia Zemiro, Ziggy Ramo and Georgia Mooney.

Some of the APRAs experience will live forever. For the first time, rolling highlights will be streamed on the night from the official APRA AMCOS YouTube channel.

Link to the source article – https://theindustryobserver.thebrag.com/joy-mckean-ted-albert-award-2021-apra-music-awards/

Joy McKean, Australia’s “queen of country,” is the 2021 recipient of the Ted Albert Award for Outstanding Services to Australian Music, one of the highest…

Helen Reddy, the late, iconic singer whose rousing hit ‘I Am Woman’ became a feminist anthem, will be recognised with the Ted Albert Award for…

As the upcoming recipient of one of the music industry’s highest honours, the Ted Albert Award for Outstanding Services to Australian Music, Joy McKean will…

Midnight Oil’s long-overdue return to the studio and the stage was celebrated at the APRA Music Awards with one of the biggest prizes on offer,…

Amy Shark, Kevin Parker and Guy Sebastian are among the multiple nominees for the 2021 APRA Music Awards, set to take place 28th April. The…