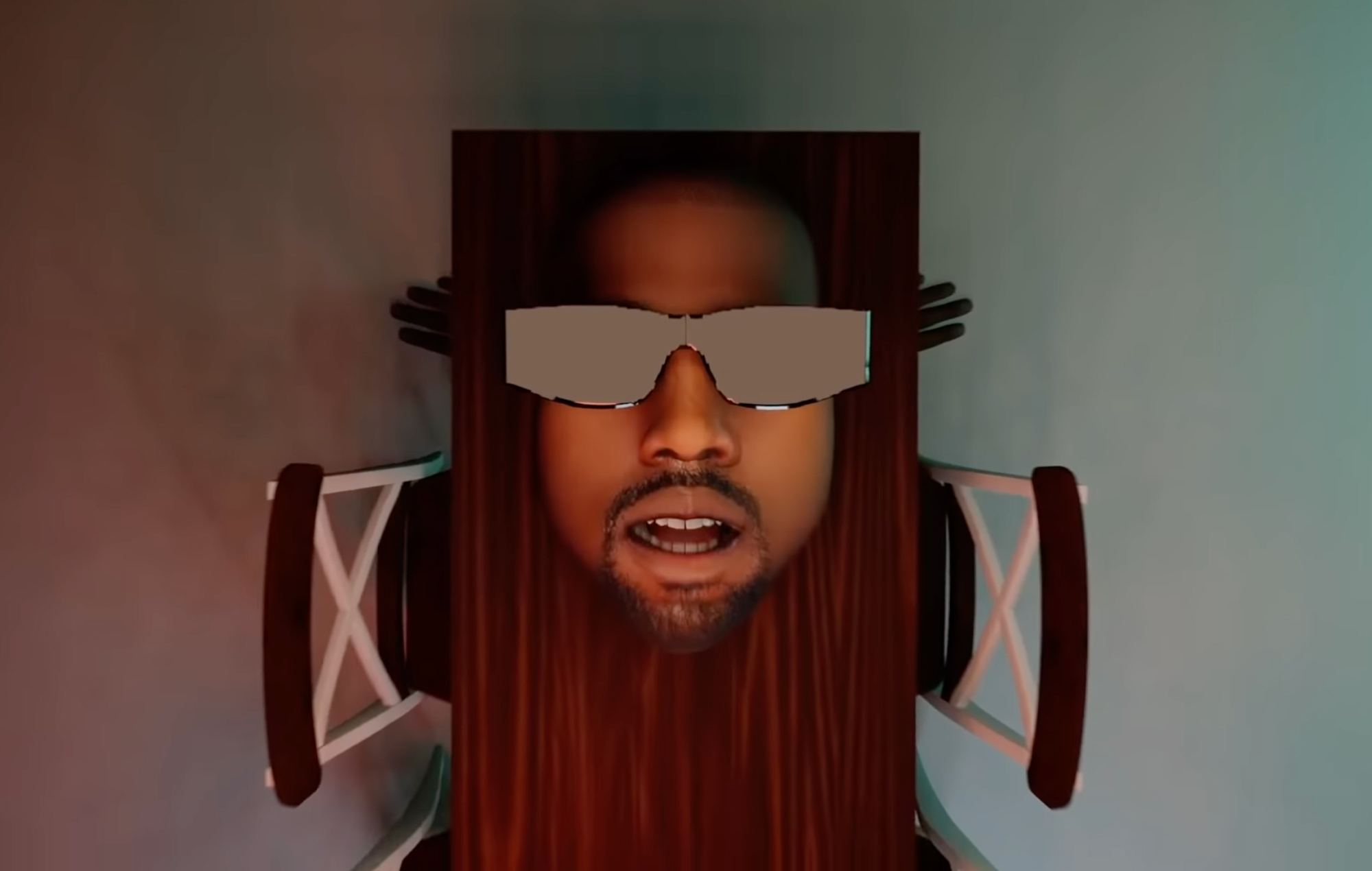 Kanye West and The Game have shared a second video for their recent joint single, ‘Eazy’, which – like the first video the pair released earlier this month – sees Pete Davidson meet a violent demise.

While the first clip sported a crude, monochromatic claymation aesthetic, the new one is animated with 3D models. Starring alongside West and The Game is an animated version of the skinned money from the ‘Eazy’ single’s cover art.

The monkey launches an attack on Davidson in this clip, pinning down a blurred-out avatar of the Saturday Night Live star (who is currently involved with West’s ex-wife, Kim Kardashian) and walloping him with a string of punches over West’s lyric, “God saved me from that crash / Just so I can beat Pete Davidson’s ass.”

Take a look at the new ‘Eazy’ video below:

The first video for ‘Eazy’ earned widespread criticism for its portrayal of violence against Davidson. In the clip, West kidnaps the comedian and buries him in a bed of soil, leaving his head exposed. The rapper sprinkles seeds around, leading a bush of roses to grow from Davidson’s head. West then pulls out a pair of gardening shears and begins to trim the roses, cutting to a close-up shot of Davidson’s eyes suddenly going white.

Multiple celebrities went to bat for Davidson in the days following the video’s release. For example, James Gunn – who worked with Davidson on The Suicide Squad – supported the actor and comedian, writing on Twitter: “Pete Davidson is one of the nicest, sweetest guys I know. A truly generous, tender, and funny spirit, he treats everyone around him with respect.””

Kaley Cuoco, who stars opposite Davidson in the upcoming Meet Cute, also threw her support behind him, agreeing with Gunn’s analysis. West later addressed the backlash he’d received, writing in another Instagram post that “art is not a proxy for any ill or harm”, and that “any suggestion otherwise about my art is false and mal intended”.

Earlier this month, Kardashian was granted single status by a judge, marking the next step in her process of divorcing from West. She’s now able to change her legal surname from Kardashian-West back to Kardashian. Details concerning child custody and property are yet to be resolved, however, with the case not expected to be finalised soon; the next hearing will be held on August 5.

Over the past week, West has released an animated video for his ‘Donda’ track ‘Hurricane’, shared a poem titled ‘DEAD’ in which he claimed that “men [and] celebrities are not allowed to cry”, and joined the legions of moviegoers heaping praise on The Batman.

Meanwhile, Corey Taylor has called West a “fucking moron” over the rapper’s decision to make ‘Donda 2’ available exclusively through his $200 Stem Player device.

Kanye West is continuing his diatribe against Pete Davidson in a second music video for his The Game collaboration, “Eazy.” The clip, dropped on Wednesday…

Ye, the artist formerly known as Kanye West, dropped a new song with The Game called “Eazy” that sees him rapping about parenting four kids…

Kanye West is speaking out following backlash over his claymation music video for “Eazy,” which features disturbing images of a figure resembling Saturday Night Live…

Kanye West has shared a new animated video for his ‘DONDA’ track ‘Hurricane’ – check it out below. READ MORE: ‘DONDA 2’: Kanye West’s ego is…

Pete Davidson has reportedly sought out trauma therapy as a result of online bullying by Kanye West. According to a source at People, the comedian…