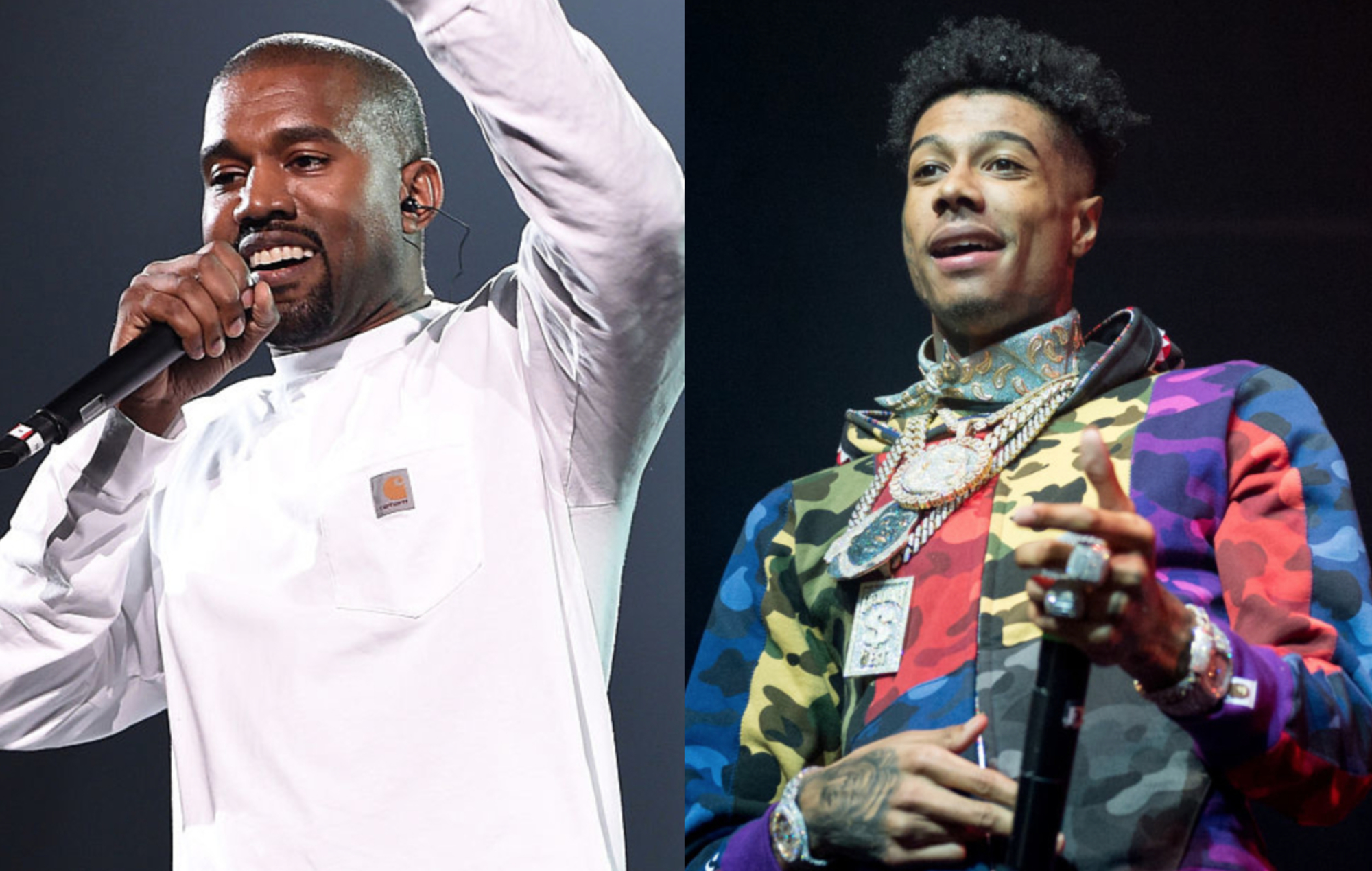 Kanye West has been spotted working in the studio with LA rapper Blueface ahead of the reported sequel to last year’s ‘DONDA’.

The pair, who have not previously worked together, were all smiles in a pic that has been circulating on social media. You can see the snap below.

What Ye and Blueface were working on is yet to be determined, but it was reported earlier this month that the former is busy working on ‘DONDA 2’, less than six months after the release of part one.

In a statement to Complex Magazine, Steven Victor – who worked with West as COO of his label, G.O.O.D Music – claimed that West was working on what he described as “his new masterpiece”.

West later confirmed Victor’s statement in a text message conversation with Moneybagg Yo. “I got to lock in with you on Donda 2,” West texted the Memphis rapper. “Money in front of us. Bullshit behind us.”

Moneybagg Yo was recently seen in the studio with Ye, The Game and controversial NFL wide receiver Antonio Brown.

The news of West working on new music comes under a week after footage surfaced of him in the studio with rapper Scarface. West was also said to be in the studio with both Post Malone and Robin Pecknold of Fleet Foxes this past September.

West revealed this week that he’s planning to release a new song soon – one that is likely to feature Pusha T, The Game and DJ Premier.

The rapper and producer, who is now legally known as Ye, spoke about the plans during a recorded phone call with Premier earlier this week, which has since surfaced online.

He was also spotted with Madonna and a host of other notable celebrities listening to Drake‘s music during a gathering in LA on Wednesday (January 12).

West released the original ‘DONDA’ on August 29, after multiple delays throughout the month and several changes to the album itself. The progress of the album was charted through several listening parties, where West would make changes to it following each one.

“There are plenty of seeds of what could be good ideas here, and some legit great tracks, but had he taken a little more time to edit things, this could have been a classic,” the review added.

The post Kanye West spotted in the studio with Blueface appeared first on NME.

Kanye West and The Game have joined forces for a searing new track titled ‘Eazy’, on which the former takes aim at his estranged wife…

Hours after being announced as a Coachella headliner, Kanye West was named as a suspect in an alleged battery that took place in downtown Los…

Ahead of the expected release of Donda, Kanye West has scheduled an album release event in Atlanta. Kanye West Presents the Donda Album Release will…