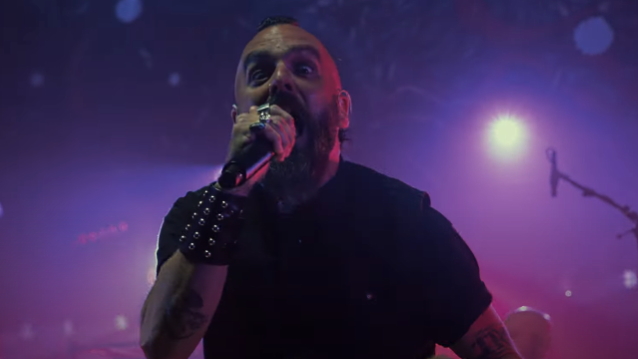 On August 6, 2021, three-time-Grammy-nominated hard rock heavyweights and platinum-selling band KILLSWITCH ENGAGE staged a streaming event at The Palladium in Worcester in the band’s native Massachusetts, which has been the site of many iconic KILLSWITCH ENGAGE shows throughout the band’s history. The performance setlist consisted of 2019’s “Atonement” album in full, as well as the entirety of the band’s 2000-released, self-titled debut LP — along with some fun and unexpected surprises. This special event was directed by David Brodsky and Allison Woest for MyGoodEye. The compelling performance, dubbed “Live At The Palladium”, will be available for the first time digitally, on two-LP and two-CD/BR on June 3 via Metal Blade.

Today, the band has shared the video for “Know Your Enemy”. Watch it below.

“This song speaks volumes about the state of the world, not only when I wrote the lyrics, but today, as well,” says singer Jesse Leach. “It shines a light on the various protest songs we’ve written over the years. To me, the message is equally important as the music, and this song is no exception. And regardless of who we have become as a band, we still have our roots firmly planted in hardcore music.”

“Live At The Palladium” track listing:

03. Us Against the World

11. Bite the Hand that Feeds

12. Temple From the Within

In other KILLSWITCH ENGAGE news, the band, recognized by Forbes as one of “metal’s most cherished acts,” has earned another impressive accolade. Their fourth album, “As Daylight Dies”, released by Roadrunner Records on November 21, 2006, has been certified platinum by the RIAA (Recording Industry Association of America). The record produced fan favorites such as “My Curse” and “The Arms Of Sorrow”. The band also received a platinum certification for the aforementioned single “My Curse”, as well as gold certifications for 2004’s “The End Of Heartache” and the “Set This World Ablaze” DVD. The single “The End Of Heartache” and KILLSWITCH ENGAGE‘s cover of DIO‘s “Holy Diver” are also certified gold.

Last fall, KILLSWITCH ENGAGE took part in a U.S. run with SLIPKNOT, FEVER 333 and CODE ORANGE as part of the “Knotfest Roadshow”. The band also appeared at several key festivals.

KILLSWITCH ENGAGE‘s latest album, “Atonement”, was released in August 2019 via Metal Blade Records in the U.S. and Sony Music Entertainment in the rest of the world. The disc featured guest appearances by Jones and TESTAMENT frontman Chuck Billy. It marked the band’s third full-length release since the return of Leach, who rejoined the group in 2012.

In July 2021, Leach and KILLSWITCH ENGAGE guitarist Adam Dutkiewicz released the second album from their TIMES OF GRACE project, “Songs Of Loss And Separation”, via the band’s own imprint label, Wicked Good Records, distributed by ADA Worldwide. 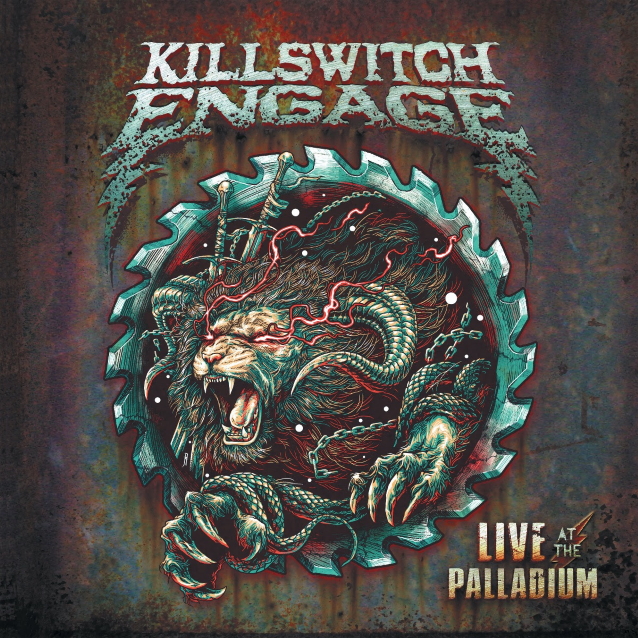 Link to the source article – https://www.blabbermouth.net/news/killswitch-engage-announces-live-at-the-palladium-album-shares-know-your-enemy-video/

KILLSWITCH ENGAGE‘s fourth album, 2006’s “As Daylight Dies”, has been certified platinum by the RIAA (Recording Industry Association of America) on November 23 for sales…