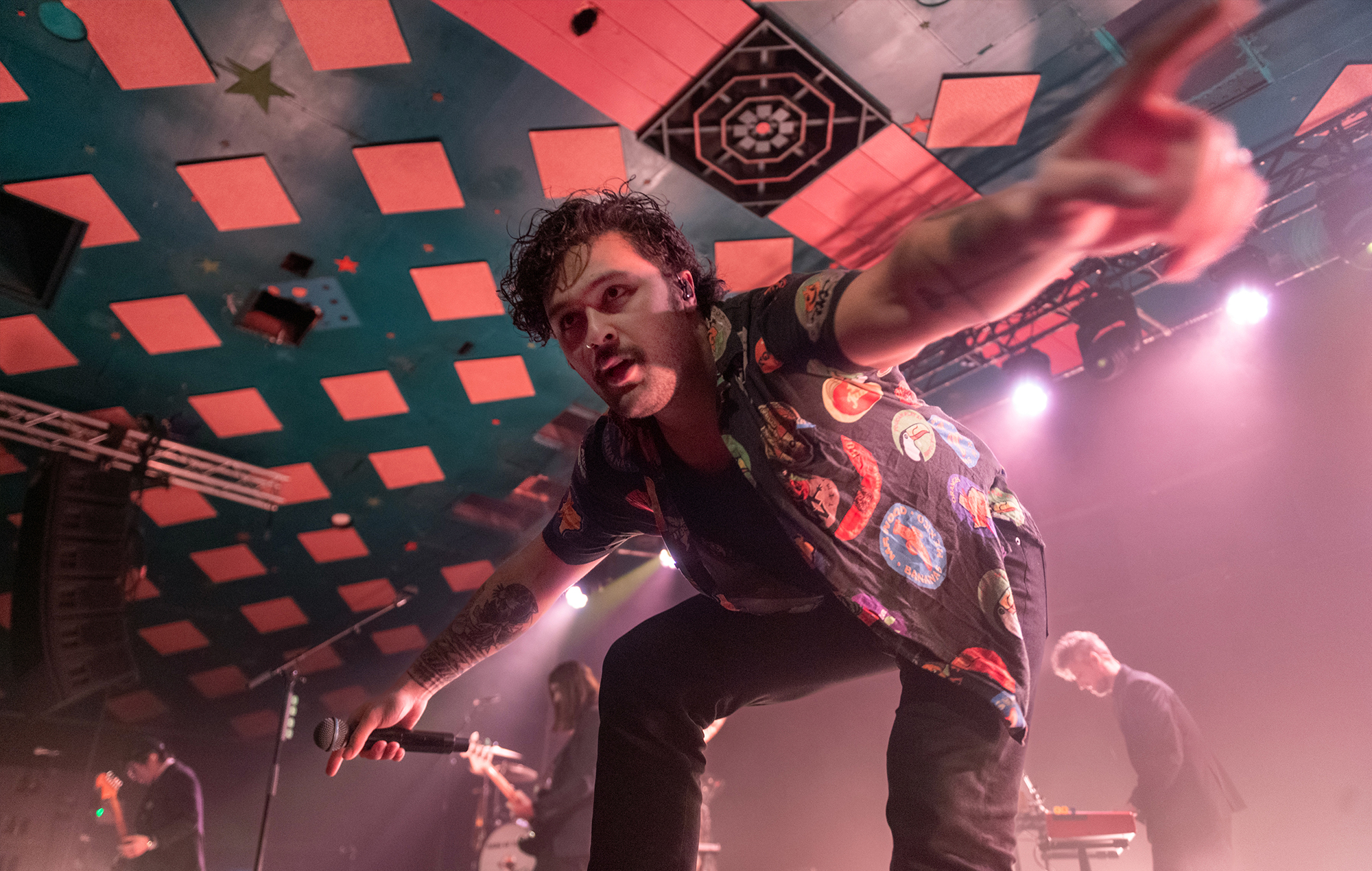 Gang Of Youths have shared a cover of Wilco’s 1999 track ‘A Shot In The Arm’, performing it live in a session for the SiriusXM station The Spectrum.

They’ve kept much of the song’s airy, lightly melancholic energy intact, elevating it with layered synths – one bassy and woozy, the other glittery, akin to a synthesised xylophone – understated violins and Dave Le’aupepe’s commanding lead vocals.

It’s a fitting cover, given the lyrical themes explored on Gang Of Youths’ recent third album, ‘Angel In Realtime’ – a concept album about the life of Le’aupepe’s late father. Towards the end of their cover of ‘A Shot In The Arm’, Le’aupepe sings the refrain passionately: “What you once were isn’t what you want to be anymore.”

Have a listen to Gang Of Youths’ cover of ‘A Shot In The Arm’ below:

In a recent interview with Stereogum, Le’aupepe noted Wilco as a key influence on ‘Angel In Realtime’, singling out the Chicago group’s iconic fourth album, 2001’s ‘Yankee Hotel Foxtrot’.

“I love ‘Summerteeth’, but I just can’t get past that album,” he said. “That first track [‘I Am Trying To Break Your Heart’], it’s bare-bones, but sonically it speaks to this otherworldly type of trials that I think that band were trying to get at.

“And the real thing for me in that fucking song is the drumming. Glenn [Kotche]’s drumming is absolutely phenomenal and outrageous and strange and almost reflective of this – I don’t want to use the word ‘primitive’ pejoratively, but sort of a primitive style of drumming that I think Donnie [Borzestowski] was really moved by. And so we tried to replicate some of those moments. ‘Yankee Hotel Foxtrot’ [is] a fucking huge reference for me, just in general.”

Gang Of Youths are currently touring across the UK in support of ‘Angel In Realtime’, with a North American run also set to kick off next month. Their local stint wraps up in London next Tuesday (March 15), after the band play arenas in Birmingham and Manchester this weekend (March 12 and 13, respectively). Earlier this month, they performed a handful of new songs at an intimate club gig in Kingston upon Thames.

“Though these indie rock grounds have been explored before, by being brutally honest through the healing process, Gang Of Youths have crafted some of their finest work so far. ‘Angel In Realtime’ is unmistakably a mainstage album, but it shines through its embrace of intimacy and honesty at every turn.”

Meanwhile, Wilco’s Jeff Tweedy recently said the band were in the studio working on their 12th album. “I’ve been in the studio with Wilco making some new music, chipping away at a new record. It’s been very very very fun and exciting. We’re having a great time,” Tweedy said in a video shared to his Substack newsletter.

The post Listen to Gang Of Youths’ enchanting cover of Wilco’s ‘A Shot In The Arm’ appeared first on NME.

Gang Of Youths made their latest appearance on US television yesterday (April 18), performing ‘In The Wake Of Your Leave’ on The Tonight Show Starring…

Gang of Youths have performed a cover of ‘Why Does It Always Rain on Me?’ by Travis while appearing on Australian radio station triple j’s…

Gang of Youths have shared a live performance video that sees them playing recent single ‘The Man Himself’ at Depot Studios in London. READ MORE:…

Gang Of Youths have discussed their latest album, ‘Angel In Realtime’, and their recent Wilco cover in a new interview with NME at Mad Cool…

Gang of Youths will conclude the Australian tour in support of their third album, Angel in Realtime., with an intimate acoustic show in their hometown of Sydney.…