Finnish heavy metal monsters LORDI will release no less than seven new studio albums in the fall. The LPs will mark the first new music from LORDI since the arrival of 2020’s “Killection”, a fictional compilation album which contained songs that LORDI would have written had the band existed between the early 1970s and the mid-1990s.

In a new interview with 213Rock Harrag Melodica, LORDI leader Mr. Lordi stated about the band’s decision to simultaneously release seven albums: “In reality, what I wanted to do was to release 10 albums, and it was just the record label who said, ‘Okay, that’s too much. Seven is okay, but 10 is too much.’ But the funny thing here is that we could have easily done the 10 albums — easily, with no problem. Because what we managed to do is we recorded the seven albums in nine months. So we could have easily done the 10.”

He added: “I don’t think there is [an artist] in any genre of music that has done this. I think this is the first time any band released seven full-length studio albums at the same time.”

Asked if it was a difficult task to write and record so much music in such a short period of time, Mr. Lordi said: “It was, but it wasn’t. Let me put it this way: without the corona, this wouldn’t have been possible, obviously. Of course not. But because, all of a sudden, you have all this time, and nobody really knows how much time you actually have, because nobody knows when this pandemic will end, I already knew a year and a half ago when our tour got stopped because of the corona, I already knew that this is not gonna go away in a year; it’s gonna take, like, two years. And it’s almost two years already — like, more than a year and a half now. So I knew that we’re gonna have to use the time somehow. And without the corona, this couldn’t have been possible, of course. Because now you have the time, because you didn’t have any gigs, you didn’t have any tours, didn’t have anything else.”

When “Lordiversity” was first announced earlier in the year, Mr. Lordi explained how he got the idea to record the seven albums, with each LP focusing on a different style: “Within a week when the ‘Killectour’ was cut short in March 2020, I realized we’re gonna have to use the sudden extra time somehow. It was clear that it is the time to start planning the new album, even though ‘Killection’ was released not even two months before. I was thinking that the most boring thing we could do after ‘Killection’ is to do another basic LORDI album. And I was very much enjoying the different styles of songwriting, recording and production on ‘Killection’, but another boring idea would have been to do a part 2. Since ‘Killection’ is a fictional compilation album from a fictional back catalog that doesn’t exist, I got the idea that the only thing that could top that is to record and release that fictional back catalog. And until Halloween 2021 the fictional back catalog will be no longer fictional, it actually will exist… at least for the most part.”

The seven albums contained within “Lordiversity” are:

LORDI won the Eurovision Song Contest in 2006 with the song “Hard Rock Hallelujah” and remains the first and only winner from Finland in the history of the competition. Since then, the band has gone through several lineup changes. The original members who are still active with the band are Mr. Lordi and guitarist Amen. 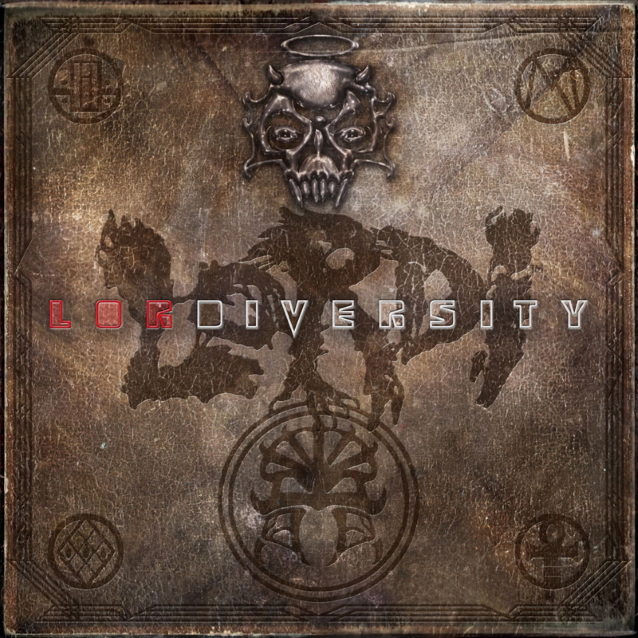 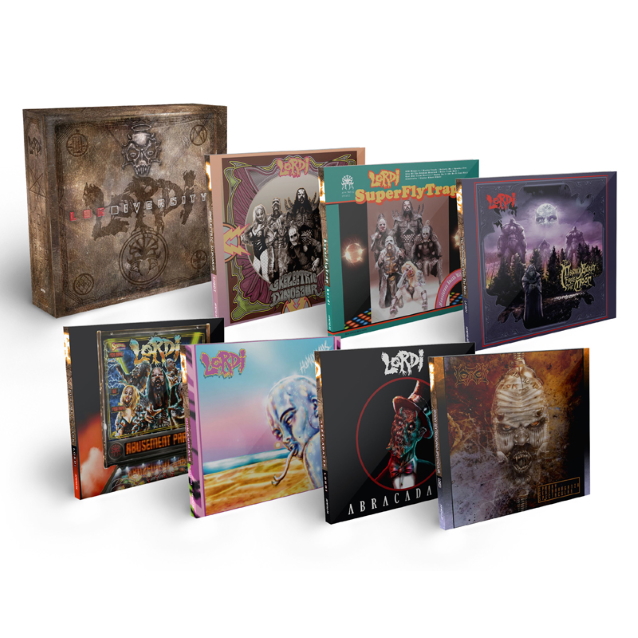 Link to the source article – https://www.blabbermouth.net/news/lordi-recorded-seven-new-full-length-albums-in-nine-months-we-could-have-easily-done-ten/

Finnish monster metal group LORDI has recruited Kone as the replacement for its recently departed founding guitarist Amen-Ra (a.k.a. Amen). Kone will make his live…

Lordi ventured into the very danceable abyss of industrial metal in January with “Spooky Sextravaganza Spectacular,” one of the albums featured in their “Lordiversity” collection.…

You will probably need to set a whole day aside to listen to the new LORDI album. 78 songs deep and four hours and 44…

GODSMACK frontman Sully Erna spoke to Minneapolis. Minnesota’s 93X radio station about the progress of the songwriting sessions for the band’s new studio album. He…