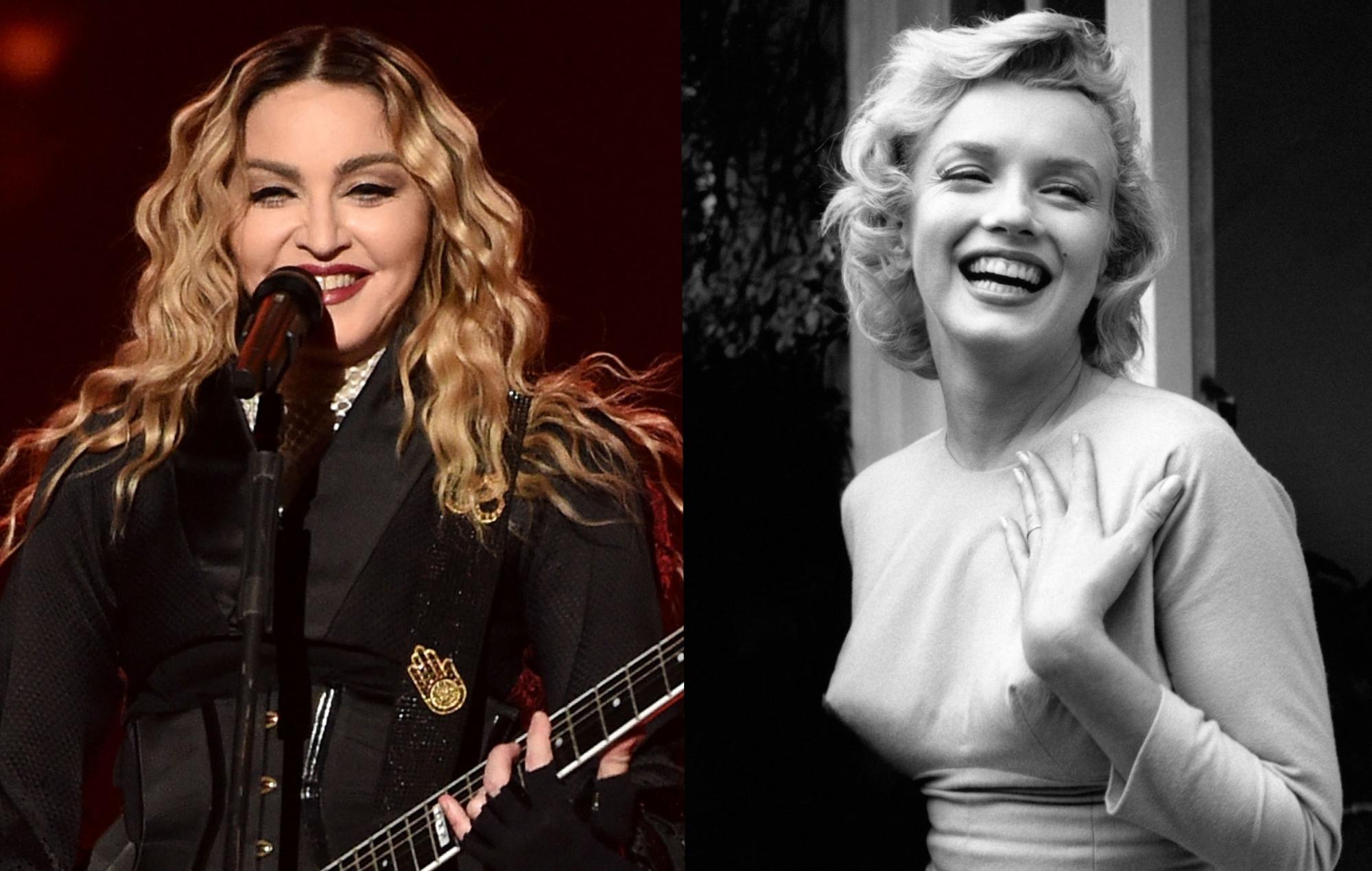 Madonna has been called out for posing in photos in which she alludes to Marilyn Monroe’s death and her final photo shoot.

The pop star is seen posing in similar positions to Monroe’s last shoot, Bert Stern’s The Last Sitting (1962), which was completed six weeks before the star’s death. In new photos for V Magazine Madonna wears blonde ringlets in the style on Monroe and lies on a hotel bed next to prescription pills [via PageSix].

Monroe died at the age of 36 from a prescription pill overdose. She was found dead in her bedroom the following morning on August 4, 1962.

Now, people have criticised Madonna and the magazine for running a shoot that touches on Monroe’s fate. One person wrote on Twitter: “For some morbid and eerie reason, Madonna decides to re-create Marilyn Monroe’s death bed. The black and white photo is actually Marilyn Monroe’s bedroom where she died.”

For some morbid and eerie reason, Madonna decides to re-create Marilyn Monroe’s death bed. The black and white photo is actually Marilyn Monroe’s bedroom where she died. pic.twitter.com/beQJ1Av3Ij

Another wrote that it “must be sad” for Madonna to “still need so much attention”. She added: “This is so gross.”

Someone else responded on Twitter to the shoot: “This isn’t cool. Glamorising suicide is the only takeaway once the shock factor wears off.”

But others weren’t so offended. “Madonna will always be an icon just like Marilyn. I’m here for it,” wrote one, while another said: “Difference is great. Her style is Boudoir. Each to their own. She empowered women in the 1980s like none other could. Don’t ever forget that. I love her difference.”

Photographer Klein has claimed that the shoot was less about Monroe herself and more about her natural knack to emote to camera, which is what he was trying to capture.

“We were not interested in recreating the images exactly but more importantly, we wanted to explore the relationship between photographer and subject. Both the friendship and the artistic process, and how art can imitate life and vice versa,” Klein said via a press release.

“When I sent Madonna the photos, she was really taken by the incandescent fragility of Marilyn at that moment in her life. We decided to find a hotel suite and try to capture the liaison between a star and the camera, the mystery, and magic of this creative collaboration.”

Madonna is known for her admiration of Monroe. In her 1984 music video for ‘Material Girl’ she takes obvious influence from Monroe’s ‘Diamonds Are A Girl’s Best Friend’ performance in 1953’s Gentlemen Prefer Blondes. Elsewhere, she played Monroe for a 1985 SNL sketch.

In other news, the singer recently provided an update about her biopic.

She announced in September that she is co-directing and co-writing the forthcoming film, which she recently described as a “visual autobiography”.

“Grateful for the success of Madame X, that my script is almost finished and for the support of my beautiful children!” she wrote online.

Netflix has released the first trailer for Blonde, the upcoming Marilyn Monroe biopic starring Ana de Armas. The film is based on a novel by…

Madonna has hit out at Instagram for removing a series of raunchy pictures of the singer. READ MORE: The ages of Madonna – the evolution of…

Legendary Finnish band Hanoi Rocks are reuniting to celebrate frontman Michael Monroe‘s 60th birthday. This marks the first time the band has been onstage together in…

The official trailer for the long-awaited documentary about former HANOI ROCKS singer Michael Monroe is available below. Directed by Saku Perinnön, the one-hour-and-17-minute documentary details…

Madonna wants to bring the headline-making moment of the 2003 MTV Video Music Awards to 2022. In a recent Instagram Live session, Madonna was asked…