Michael Gudinski’s brilliant career will be brought into focus for a special on-air event.

Foxtel will screen Michael Gudinski – My Story on Tuesday, March 23, the day before the Victorian state memorial service for the music industry great.

Gudinski, the late founder of the Mushroom Group of Companies, was instrumental in building Australia’s music industry into a Top 10 powerhouse.

And through his Frontier Touring Company, one of the leading independent concert promoters on the planet, Gudinski introduced many of the biggest artists to Australian and Kiwi audiences.

Foxtel Arts will premiere the documentary, which is based Mike Munro’s interviews with MG for the History channel series “MATESHIP,” which explored the century of close ties between Australia and the United States.

In the film, Gudinski reflects on the “genuine love, bond and interest for Australians in America,” the tyranny of distance and recounts his endeavours in trying to crack the U.S. with Skyhooks and others.

The interview beam out in full on Tuesday, March 23 at 7.30pm and a special encore will air Wednesday, March 24 at 8.30pm on FOX Showcase. 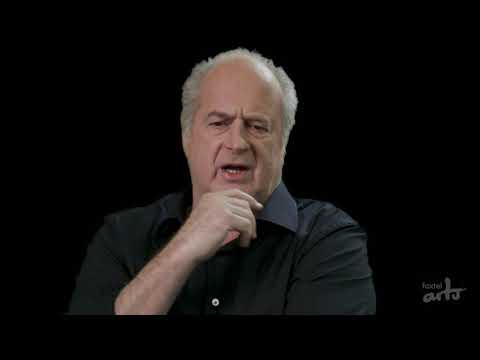 What also comes out of the interview, reads a preview from Fox, was “an amazing insight to Michael Gudinski’s family, his illustrious career, his love and passion for the music industry and his gratitude to Australia and its’ music fans.”

Munro, the veteran broadcaster, recalls: “Michael gave so much during the interview – factually and emotionally – that by the end of it there was this overpowering silence among the camera/sound/lighting crew who were obviously effected and moved by Michael’s life story”.

Gudinski passed away March 2 at the age of 68, igniting an outpouring of grief from around the globe as the likes of Ed Sheeran, Bruce Springsteen, Kylie Minogue and Foo Fighters marked the passing of a legend.

“He was such a force, and would make everyone feel like they were the most important person to him,” wrote Sheeran in a rare Instagram post. “To me, and many others, he is the heart of Australian music, and always will be.”

The Australian industry came together to pay respects to the Melbourne music great at a private funeral last week, ahead of his state memorial at Rod Laver Arena.

Link to the source article – https://theindustryobserver.thebrag.com/michael-gudinski-my-story-documentary/

Michael Gudinski’s state memorial is taking shape. Rod Laver Arena will open its doors to guests from 5.30pm next Wednesday, March 24, guests should be…

As countless friends, colleagues, and supporters make their way to Melbourne today for a state funeral honouring his life and legacy, Rolling Stone Australia has…

Michael Gudinski, the legendary Australian music entrepreneur who launched the Mushroom Group of Companies, and with it countless careers, has died at the age of…

The stage is set for Michael Gudinski’s state memorial, and the livestream is ready to roll. Thousands of friends and associates will gather at Rod…