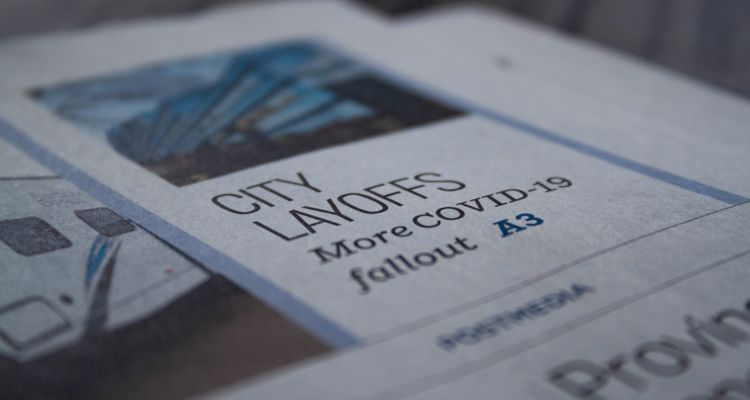 As the economy slows and consumers ease spending, the music industry has seen a massive reversal in the tech sector hiring spree that surged during the pandemic. Here’s what to know.

In the last month alone, the technology industry cut 50,000 jobs as the pandemic-led hiring spree now faces a slowed economy and cost-cutting. The tech industry’s mass layoffs have also resulted in many music companies cutting jobs over the past several months. Here’s a look at some of the companies that have announced layoffs so far.

Google parent company Alphabet announced cutting around 12,000 jobs, or 6% of its workforce, in the face of “a different economic reality” as the company anticipates the growing threat of a US recession.

Amazon announced plans to lay off around 18,000 employees, primarily those in Amazon Stores and the company’s PXT (People, Experience, and Technology) organizations. The company also laid off half its Amazon Amp live radio app team in October 2022.

The Philadelphia-based broadcasting company began a series of layoffs in Q3 2022, affecting less than 5% of its workforce, following “disappointing financials” and stocks reaching an all-time low.

Following BMI’s unsuccessful Goldman Sachs-assisted pursuit of a buyer last year, the company announced a round of layoffs affecting approximately 10% of the workforce.

Downtown Music’s CD Baby and Soundrop laid off “a number” of employees last year, broadly citing economic reasons. Some affected employees reported that the company would stop several services provided by those entities, and employees were becoming “an adjustment variable for businesses” as a result.

Mark Zuckerberg announced in November that Facebook and Instagram parent company Meta would be laying off 11,000 employees, or around 13% of its staff — the most extensive layoffs in the company’s history.

Microsoft CEO Satya Nadella announced that the company would be laying off 10,000 employees, or just under 5% of its staff, to be completed by the end of Q3. The company aims to focus efforts on AI development even as it cuts back its workforce in anticipation of a recession.

Patreon announced laying off 80 employees, or about 17% of its total workforce, in September 2022. The company said it would increase investments in its product, design, and engineering teams to continue delivering updates to keep creators and patrons happy.

SoundCloud announced on LinkedIn in August 2022 that they would be cutting 20% of their workforce, affecting more than 70 employees — the company employed 359 full-time team members by the end of 2020.

Despite becoming a major player in AI voice software, SoundHound is facing an uncertain future, laying off roughly half its remaining staff — around 200 people. The company laid off around 10% of its workforce only three months earlier.

Snapchat parent company Snap announced laying off 20% of its employees in September 2022, leading to broader restructuring that resulted in the company dropping the standalone app Voisey and its web3 initiatives.

After massive growth during the pandemic, Spotify found itself “too ambitious in investing ahead” of its revenue growth, laying off 6% of its workforce across the company.

In August, TikTok trimmed down its advertising team in North America amid reorganizing efforts in sales and account management departments. In late January 2023, the company reportedly laid off employees from its hiring and HR teams.

After Elon Musk took the reins, hundreds of Twitter employees were laid off in November, including those in content moderation and engineering. The massive rounds of cuts affected roughly half of Twitter’s workforce. Some former employees opted to participate in a class action lawsuit accusing Twitter of failing to provide staff adequate notice required by federal and state labor laws.

Facebook parent Meta is laying off 11,000 people, about 13% of its workforce, as it contends with faltering revenue and broader tech industry woes, CEO Mark Zuckerberg…

Photo Credit: Brian Smale and Microsoft / CC by 4.0 Microsoft becomes the latest tech giant to lay off swathes of employees amid broader restructuring…

Photo Credit: SoundHound Inc. SoundHound laid off roughly half of its remaining staff—around 200 people — according to a new report. Three employees spoke anonymously…

Photo Credit: Christian Wiediger Amazon has announced plans to lay off approximately 18,000 employees, though it’s unclear whether the personnel reduction will extend to Amazon…